Scientists Briefly Reactivated the Cells of a 28,000-Year-Old Woolly Mammoth

Scientists take a mammoth step forward by reactivating the cells of an extinct animal who died almost thirty thousand years ago, but that doesn’t mean you should expect to see one stomping around at your local zoo any time soon.

Sometime, roughly around 28,000 BCE, a young female woolly mammoth died along the Dmitry Laptev Strait in Russia’s far east. The creature’s body was trapped in the Siberian permafrost, preserving the corpse for generations as the rest of her species disappeared from the land above. She sat entombed in ice for millennia. Then, she was unearthed by researchers in 2010. And they just woke up some of her cells for a brief moment. 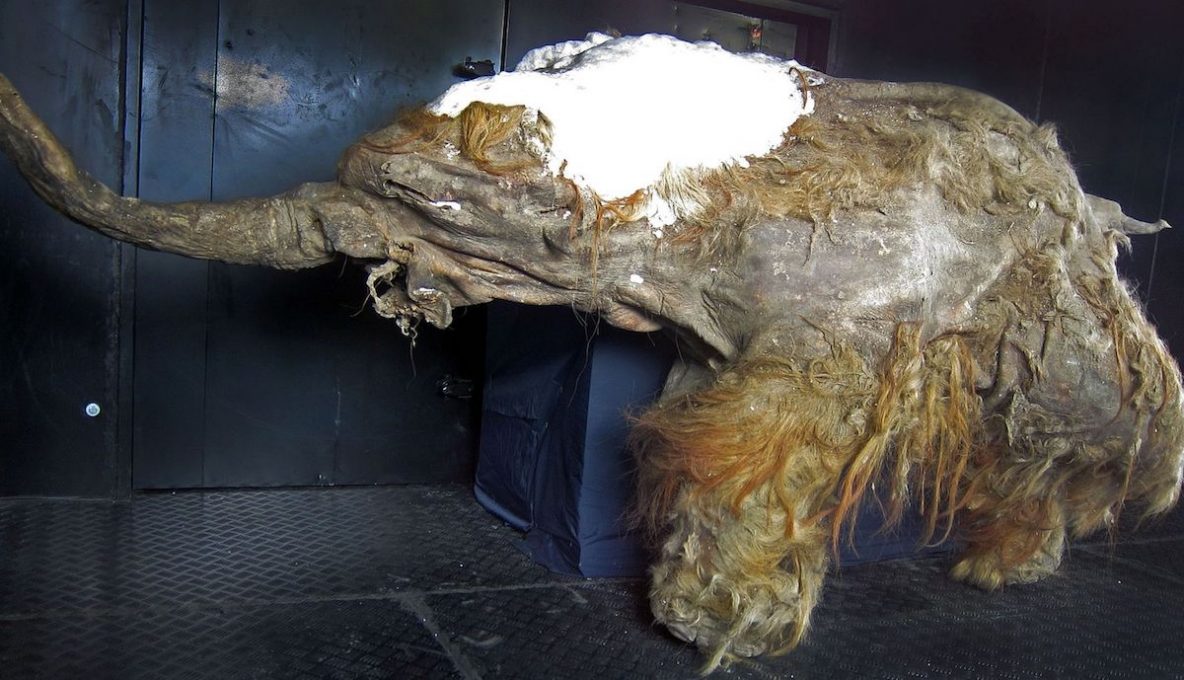 A new study in Scientific Reports (that we came across at Motherboard) explains how University in Japan biologist Kazuo Yamagata and his team took 88 nucleus-like structures from the muscle tissue of a woolly mammoth whose body was in tremendous shape when they extracted from her from an icy Siberian grave. Named Yuka, they put her preserved cells into the ovarian cells of a mouse. Those cells, known as oocytes, are part of the cells that control a mouse’s embryonic development. Scientists were able to slightly reactivate the mammoth cells when the mouse cell nuclei was incubated. While no cell division took place, the ancient mammoth cells did begin some of the processes needed before that can take place.

For a brief moment, the same cells that once brought a woolly mammoth to life were alive once again.[/nerdist_section]

Researchers have observed biological activity after transplanting cell nuclei from the 28,000-year-old remains of a woolly mammoth from the Siberian permafrost into mice oocytes. Read the paper, published in @SciReports, here: https://t.co/21TwWRa8aX pic.twitter.com/DkjfoBFSB6

The team’s attempt to do this almost a decade ago with the cells of a 15,000-year-old mammoth failed, but they were able to accomplish this with new technological advancements over the last ten years. But before you begin making plans to see the new woolly mammoth at the zoo, they are still light years away from the dream of bringing back extinct animals. As a specimen, Yuka is an ideal find in tremendous shape, and even then no cell division took place with her cells. Without that key activity, woolly mammoths aren’t going to be roaming Russia’s coasts again.

Still, it’s an exciting development that could be a major step to bringing back extinct animals, and we doubt it will take another 28,000 years to make the next one.