When Diana of Themyscira returns to the big screen next year, she’ll bring us back to the era of big hair and neon—a time when John Hughes’ teen comedies ruled the box office. And to get into the spirit of the time period, Wonder Woman 1984 director Patty Jenkins and the film’s stars paid homage to one of the most famous posters in movie history with a recreation of the famous group shot of The Breakfast Club.

It’s not clear where this behind-the-scenes photo came from, but as soon as it popped up on the internet it had fans of both Wonder Woman and John Hughes’ iconic film about five teenagers stuck in detention together, because it’s one of the most recognizable cast poses in history.

That’s director Jenkins in the top spot as Judd Nelson’s Bender, WW84‘s villain Kristen Wiig on the left as Ally Sheedy’s Allison, Chris Pine in the middle where Anthony Michael Hall’s Brian sat, Pedro Pascal (the only one in full costume) and his amazing hair taking the spot of Emilio Estevez, and Gal Gadot with her Wonder Woman headband lying front and center in place of Molly Ringwald’s Claire. For all of the time, energy, and money studios put into promoting their movies, this is really all anyone needed to get excited for this film. But if they want to do any more ’80s movie homages, we’re sure everyone—whether they’re a brain, a beauty, a jock, a rebel or a recluse—would be okay with it.

What other classic ’80s films would you like to see the cast pay tribute to next? Tell us your best retro ideas in the comments section below. 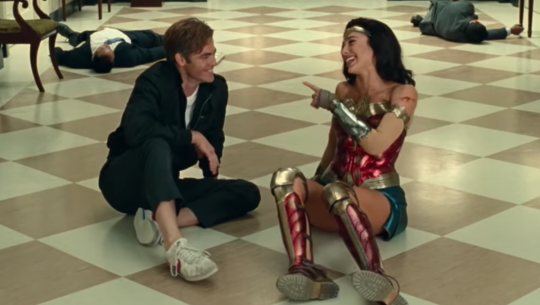 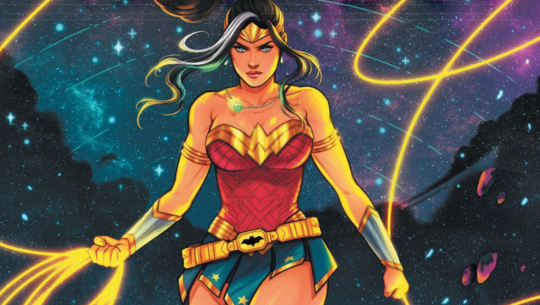 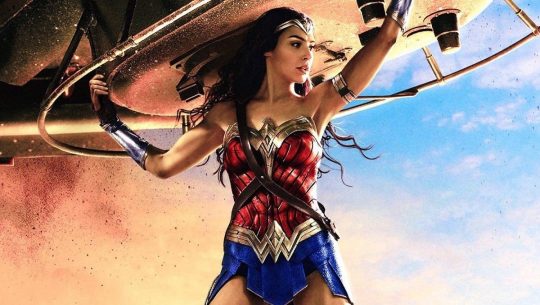