Wizards of the Tabletop Book Puts Game Design at Your Fingertips

You may know your favorite board games inside and out, but what do you know about the people that created them? Wizards of the Tabletop is a collection of compelling photographs and the history of some of your favorite board games and the designers behind them. The coffee table book has met its initial goal on Kickstarter, but you still have time to get your hands on one.

Brought to you by the same production team behind the recent documentary The Next Great American Game, Wizards of the Tabletop is both a “history of the hobby” and a behind-the-scenes glimpse into some now-classic tabletop games. You’ll meet the creative minds behind games like Ticket to Ride, Tokaido, Dead of Winter, and more. You’ll even hear about some of the unsung heroes of the board game industry, such as illustrators, publishers, and even reviewers in this comprehensive look at the world of tabletop. “I like to say it’s my love letter to the industry and to the designers,” says Doug Morse, the creator of the Kickstarter campaign. 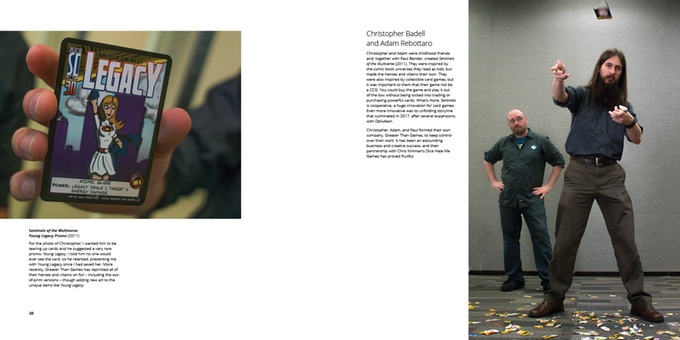 With over 75 pages of photographs and information, the 12″ by 12″ book should fit nicely on your board game shelf with the rest of your collection or can intrigue curious guests who pick it up from your coffee table.

Wizards of the Tabletop will only be available for a short time through the Kickstarter campaign, so don’t miss your chance to take a look at tabletop games from the other side of the box.

Which part of the tabletop gaming industry intrigues you the most? Let us know in the comments below.