Netflix and Sony Pictures Animation teamed up for the upcoming animated film Wish Dragon. Today, the first trailer arrived, and the film looks positively delightful. It’s bursting with bright color and imagination; everything you’d want in an animated film about a talking dragon. The premise also brings to mind other classic animated tales like Aladdin. In addition to the dazzling visuals and heartwarming tale, Wish Dragon has a super impressive voice talent. Check out the trailer below.

If that dragon voice sounds familiar, that’s because it’s John Cho. The beloved actor is also known for his work in the new Star Trek films as Sulu, and in acclaimed movies like Columbus and Searching. He’ll also be starring in the upcoming live-action Cowboy Bebop remake.

It’s so much fun to hear him step into the world of animation. In this first trailer, we can hear the fun he brings to the titular dragon, named Long. Cho isn’t the only star power behind Wish Dragon, either. Constance Wu (Crazy Rich Asians), Jimmy Wong (Mulan), Natasha Liu Bordizzo (Crouching Tiger, Hidden Dragon: Sword of Destiny), and Bobby Lee (MADtv) are just a few other talented performances voicing characters in the film. 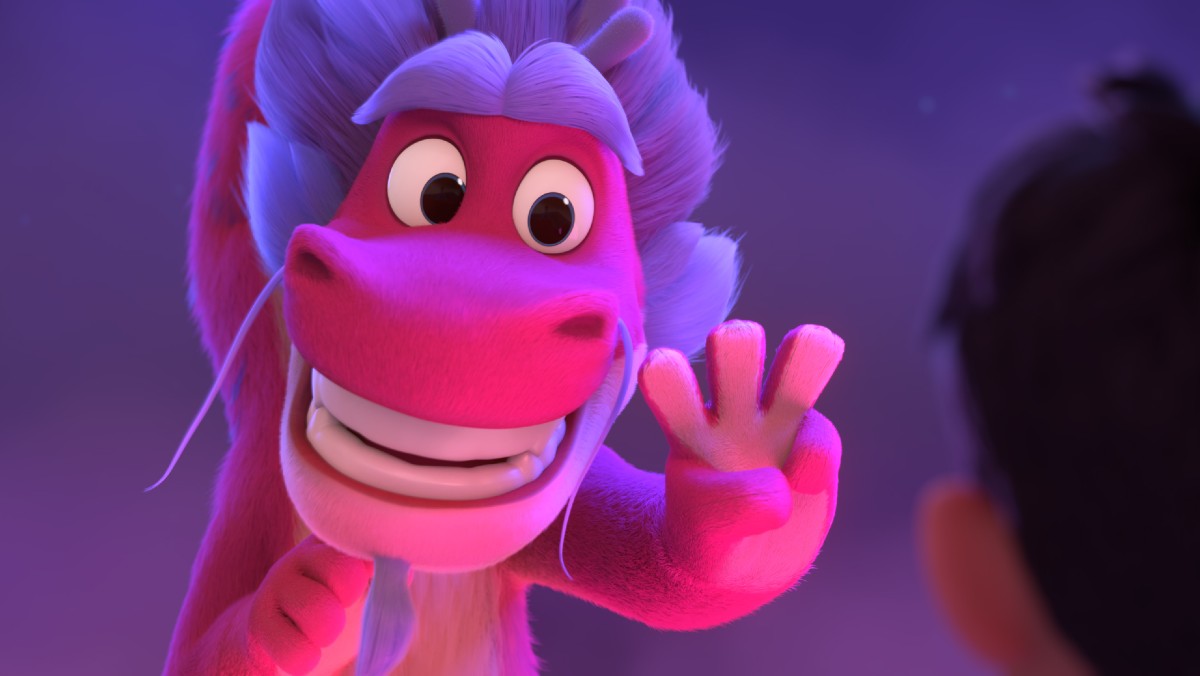 The behind-the-scenes talent is also impressive. Chris Appelhans, who previously worked in animation on films like Coraline and Fantastic Mr. Fox, is the writer/director for Wish Dragon. Aron Warner, producer of Shrek, is producer here as well, along with Chris Bremble and Jackie Chan. Yes, that Jackie Chan.

Here’s the full synopsis for Wish Dragon, straight from Netflix:

In Sony Pictures Animation’s Wish Dragon, Din, a working-class college student with big dreams but small means, and Long, a cynical but all-powerful dragon capable of granting wishes, set off on a hilarious adventure through modern day Shanghai in pursuit of Din’s long-lost childhood friend, Lina. Their journey forces them to answer some of life’s biggest questions – because when you can wish for anything, you have to decide what really matters.

Additionally, Netflix released the first poster for the film as well, which shows off its vibrant color scheme and fantasy elements. 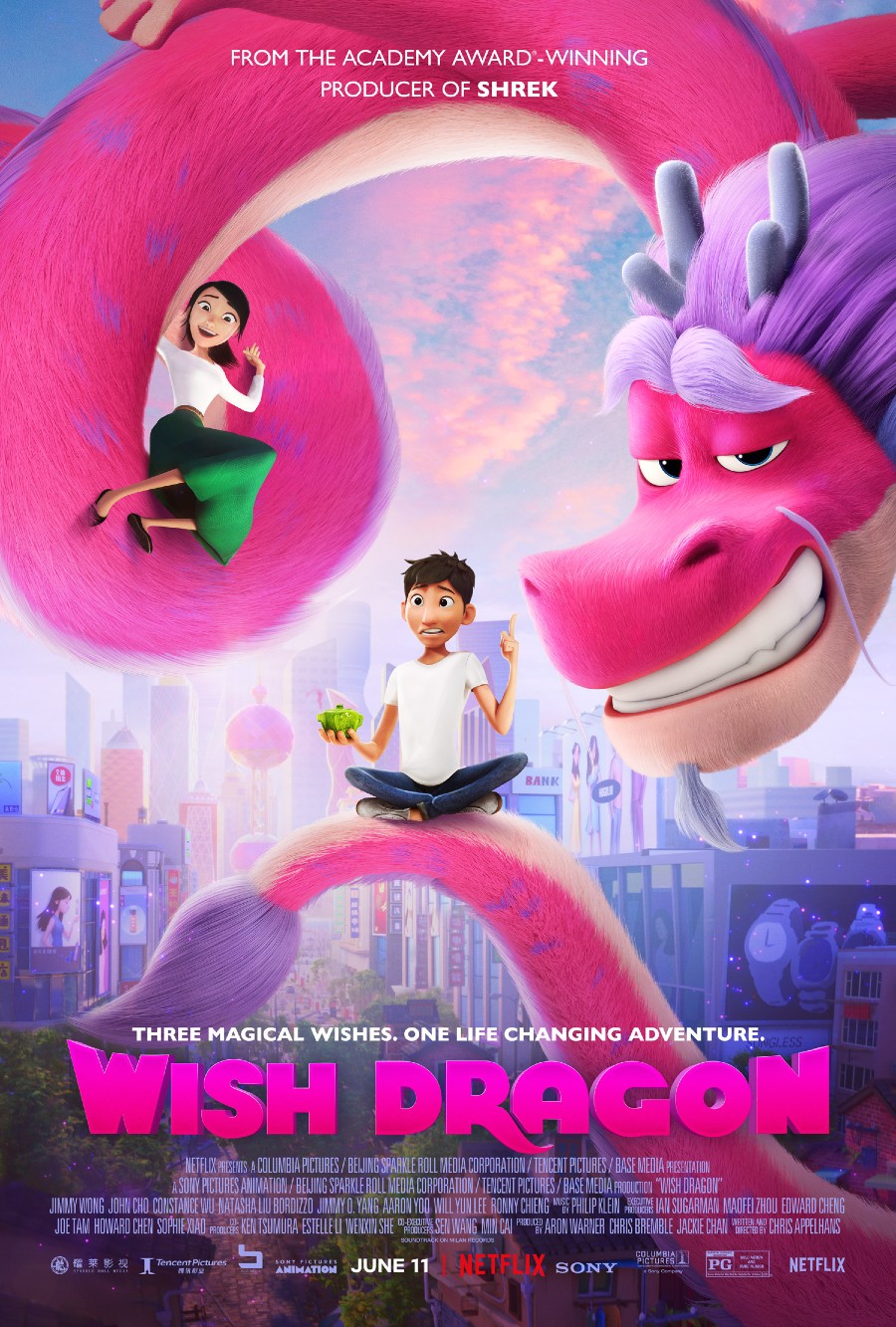