Will THE GOOD PLACE's Good Place Be Any Good? - Nerdist

Will THE GOOD PLACE’s Good Place Be Any Good?

Warning: This post contains major spoilers for season four, episode 11 of The Good Place, “Mondays, Am I Right?”

They’re in. After hundreds of years spread across a Jeremy Bearimy span of time, the Brainy Bunch is going to the actual good place. This is everything they’ve wanted since Eleanor realized they had been damned to the bad place at the end of season one. And now, as they finally take that balloon ride to the sky, only one question remains: is it going to be worth it?

From the little we know of The Good Place‘s version of Heaven, it might totally suck. Fortunately for our heroes, it might not matter, because they’re going there together.

Eleanor, Chidi, Tahani, Jason, Michael, and Janet got close to the real good place once. They made it into the poorly carpeted “correspondence center,” an obnoxious term for a mailroom. And that was the least annoying thing about the place. Every good place employee is an overly friendly, cheerful, spunky, naive goober. They’re just A LOT, and not exactly the kind of people someone like Eleanor, Tahani, or Jason would enjoy spending time with. So while they might not put spiders in your butt like demons do, being around them for too long is still a kind of torture.

Far worse and less defensible than their saccharine nature though is how ineffective they are. Their positive attitudes actively harm people. Even when rules are stupid and self-defeating they are completely dedicated to following them. It’s an approach that causes great harm.

For instance, Michael shared his theory with them that the bad place was messing with the point system. It was a possibility the good place took seriously—so seriously that they needed 400 years to form a committee that would then investigate his claim. Their inability to actually do anything helpful rendered their genuine compassion and kindheartedness moot. In fact, it made them a guilty party in the unfair judgment of humans. The absence of action is itself a kind of evil, because it allows bad people (in this case, literal demons) to thrive. 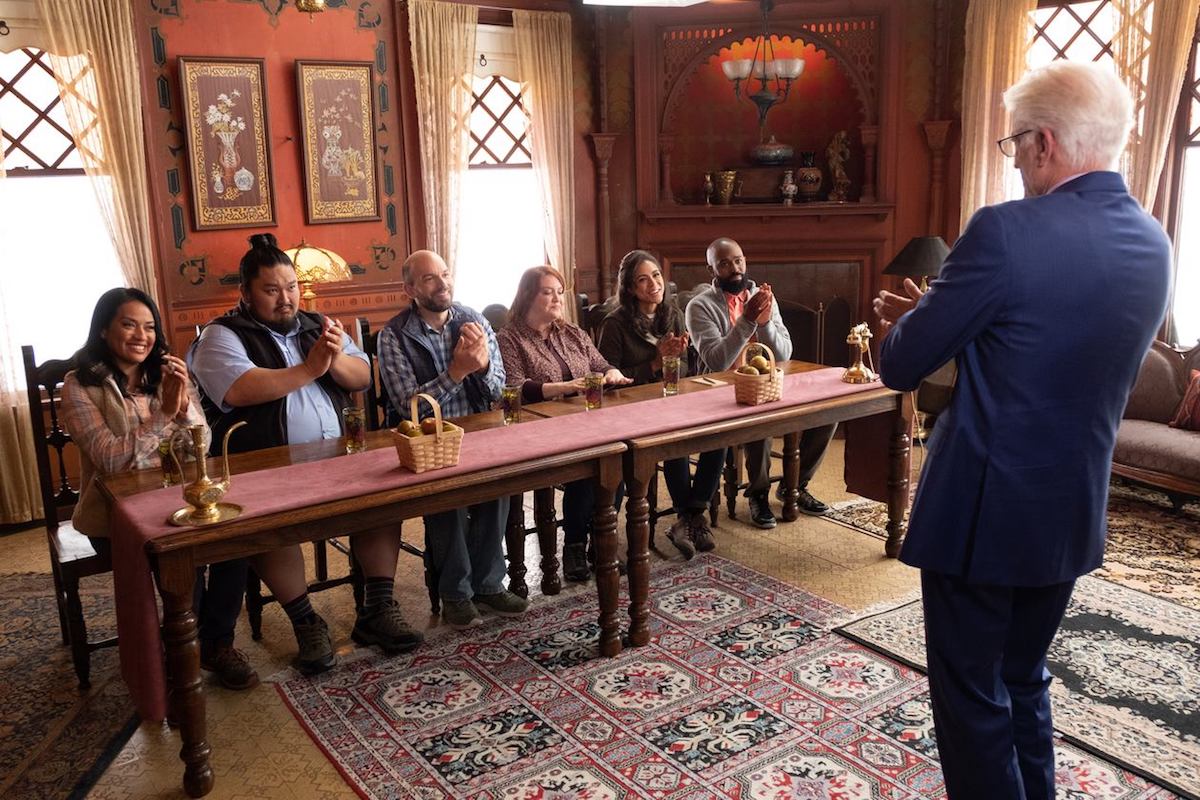 Why did they need Michael to point out that no human had made it to the good place in 521 years anyway? Not one of them noticed in more than five centuries that every single human failed to qualify for eternal bliss? That didn’t raise any red flags? Obviously not, because when you care about rules and decorum more than you do people, you don’t actually care about people.

Combined with their foolish need to please others, good place “dummies” (as Eleanor correctly called them) are a complete disaster. Everything wrong with them was on full display when they were negotiating a deal with Shawn. The head demon didn’t want to compromise at all. He wanted every human to go to the bad place forever. You’d have to be an idiot not to recognize his “offer” was evil. But Paul Scheer’s good place representative said, “The fair thing for us to do is just keep on giving up more and more stuff we want unilaterally until this demon’s finally happy.”

To paraphrase an old saying, “With friends like these, who needs demons flattening our penises?” 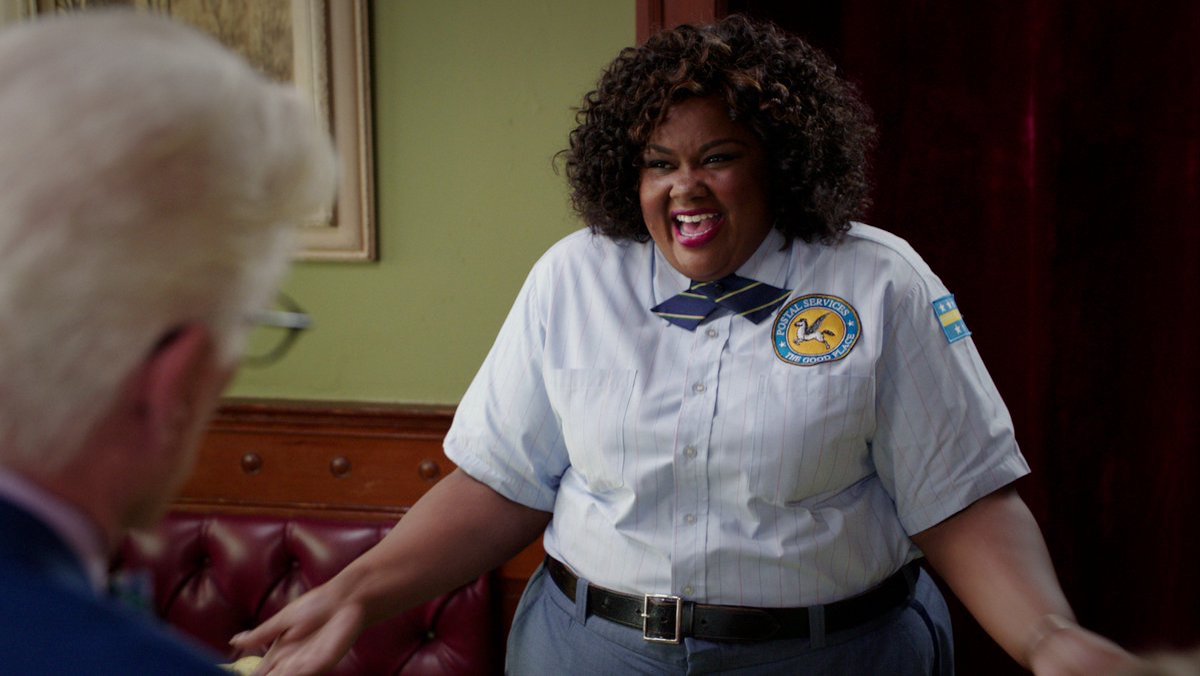 But the question of whether or not the real good place, an existence presumably without pain or suffering, will be worth entering goes beyond how annoying its inhabitants are. Eleanor, Michael, and the rest of the group have grown as individuals because they have had to overcome so much; they became better people because they helped each other overcome the problems together.

They needed this seemingly bad experience to learn how to be happier people. It brought them one another’s love and friendship. Plus, it saved every soul. That’s why being sent to the bad place wasn’t bad at all; all of the bad stuff made all of the good stuff possible. 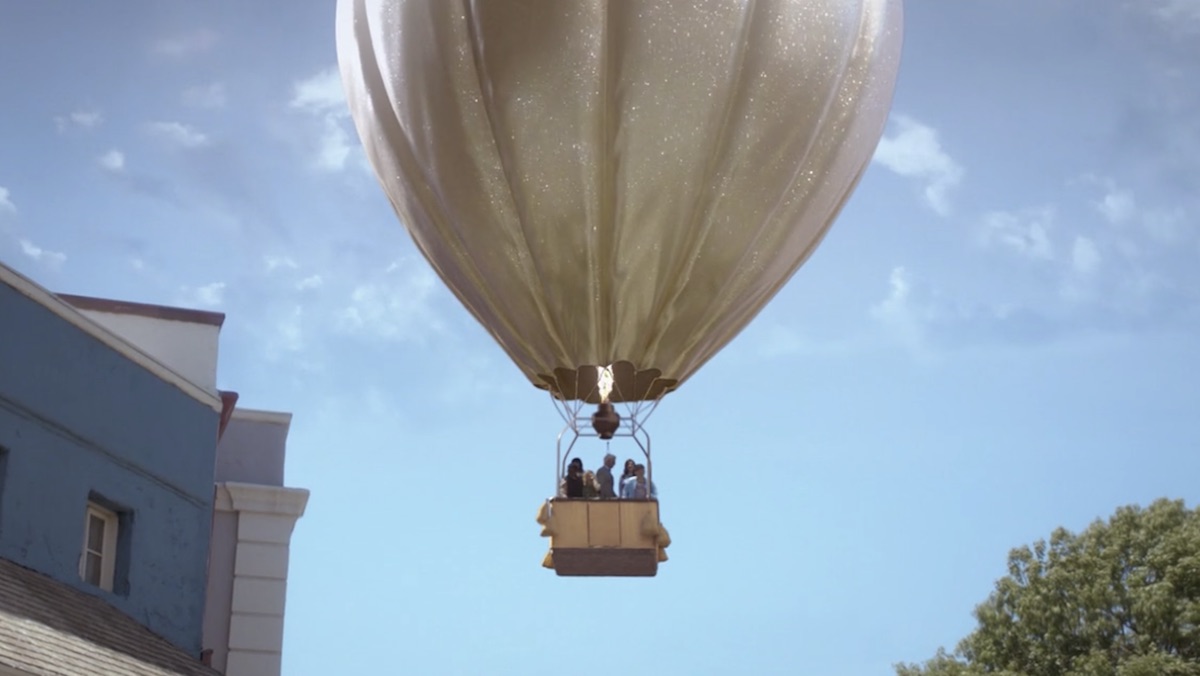 Good and bad are relative terms. If everything is bad, nothing is. And the same is true if everything is good. It’s why the bad place and the good place are likely to be two sides of the same coin. So when that balloon finally takes the Brainy Bunch to the place they’ve awaited for so long, they might learn the same lesson the bad place taught them. It’s the beautiful message that has been the heart of the show throughout: happiness doesn’t come from where you are, it comes from who you are there with.