WILDLANDS is a Surprising Skirmish Board Game Unlike Any Other - Nerdist

WILDLANDS is a Surprising Skirmish Board Game Unlike Any Other

If there was a Mount Rushmore of board game designers, Martin Wallace would surely be featured. He’s been designing since the early 90s, putting out influential hit after influential hit. Age of Steam, Brass, London, A Few Acres of Snow. The list goes on and features everything from sci-fi, to the Victorian Age, to zombie road trips. When Osprey Games revealed that they’d be publishing a dudes-on-a-map skirmish game featuring asymmetric factions and Martin Wallace’s Euro-design sensibilities…well, we sat up. Then I sat down and played one of 2018’s greatest surprise hits.

Wildlands takes place in a unique fantasy setting after the defeat of evil cost the kingdom everything. When the arcane magic that infused the world was shattered the Darkness was cast away and peace returned. A form of peace anyway. Unfortunately, the destruction of the Darkness also eliminated the ruling kingdom and the land descended into lawlessness. Players take command of a guild and delve the ruins of this kingdom in search of crystals. At the beginning of the game, they litter the underground cavern or castle ruins, depending on which side of the board you decide to play on.

These crystals, the remnants of arcane magic, are a tempting source of power for each of the factions of Wildlands. They all have a different motivation for collecting them but the strength of their desires are the same. Each faction will stop at nothing to collect them and isn’t afraid to get a little violent to do so. See, Wildlands is played to 5 points and each crystal is worth 1 point. Taking out an enemy combatant is also worth a point. The world is not as peaceful as some would hope. Whether they’re using fists, bows, or weaponized automa, the factions seek power through any means. 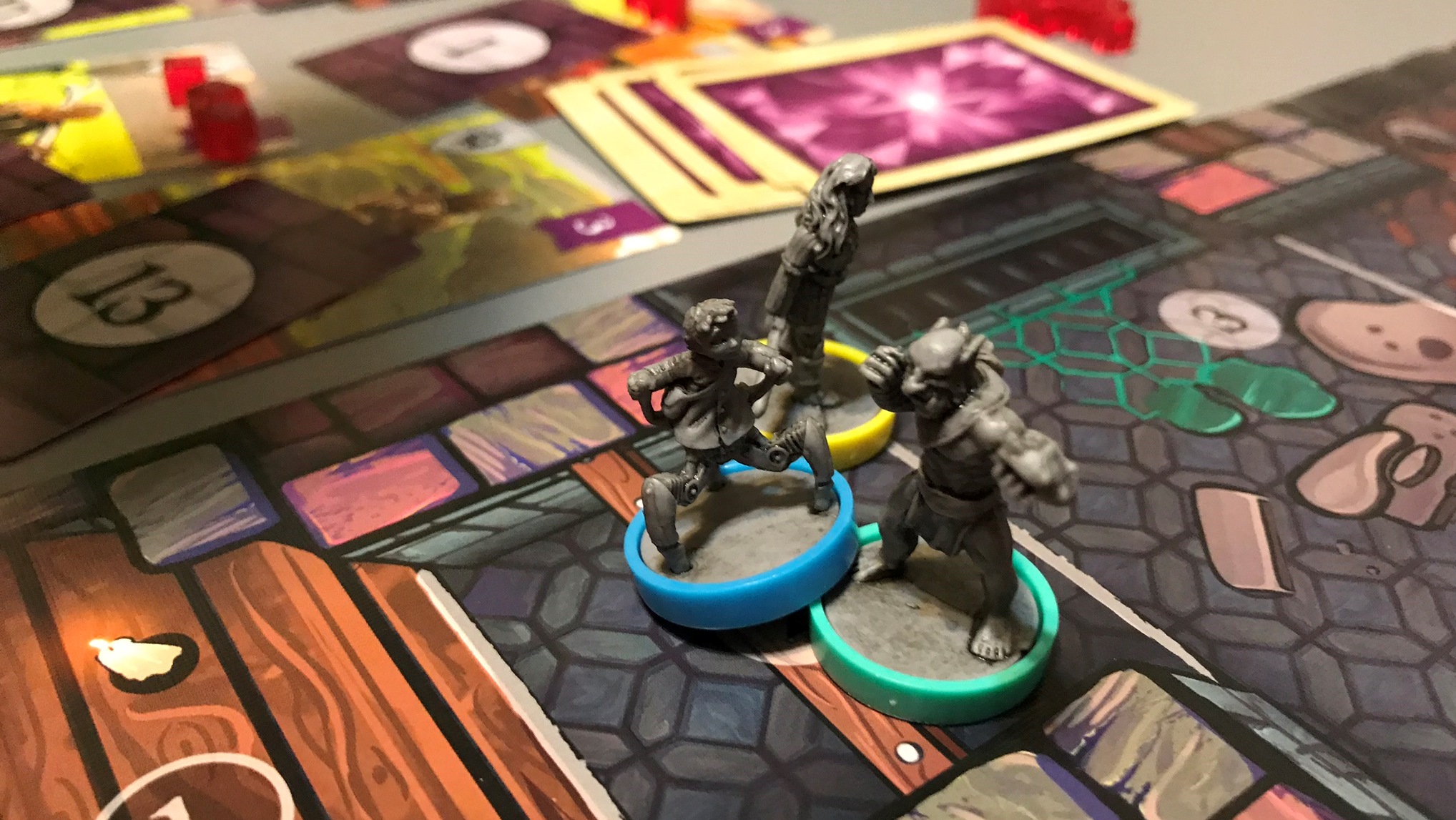 A number of things make Wildlands stand out in a generally crowded field. This is the year of Rising Sun and Root; what makes Wildlands special? The first notable element is in the relatively muted way that players take actions. This genre is known for dramatic combat: special tactical abilities or the wild clattering of dice usually abound. Not here. Each faction has an asymmetric deck of action cards. They’re all resolved in the same way but a faction’s unique card makeup gives them their identifying feel. On your turn, you can play as many cards as you like though you’ll only replenish 3 at the end of your turn-and only at the end of your turn.

Cards are festooned with symbols representing action types and which characters can take those actions A few may have a universal symbol allowing anyone to act, though these are rare. These constraints are powerful. Your big bruising basher may be perfectly set up to smash an opponent while your hand is devoid of cards for that character. You may find yourself amidst a veritable garden of crystals only not have enough cards to collect them. It’s tempting to stockpile actions for a miniature and then unload with a power turn but this signals to smart opponents that you’re likely out of defensive options. Now your bruiser is a sitting duck.

One other powerful card type exists in rare distribution. Wild Cards allow you to move multiple characters into position, draw additional cards, or — most importantly — interrupt someone else’s turn. An interruption is extremely powerful and these cards provide Wildlands single most critical source of tension. An interrupt can be played after an action on any opponent’s turn and suddenly the spotlight is back on you. You can act as if it was your turn, playing card after card. The only catch is that you won’t redraw until the end of your own normal turn. An aggressive interrupt can leave you starved for defense options just like a normal turn.

Of course, an interrupt can be interrupted. It’s possible for a single action to set off a chain of interrupts that breaks the flow of normal play. The tempo in Wildlands is a steady march that periodically erupts in a staccato of combat, evasive movement, and counter-play. Tension rises higher and higher the longer a game goes without seeing these interrupts.

The downside to card play is that sometimes you’re unable to react to an opponent’s advances due to the luck of the draw. When this results in the elimination of one of your fighters, however, Wallace included a clever catch-up system. Cards linked to a defeated character can be used by any character to collect crystals. I won’t soon forget the first time a friend baited me into killing one of his weaker combatants only to leverage those now “useless” cards to collect a game-winning gem on the other side of the board. 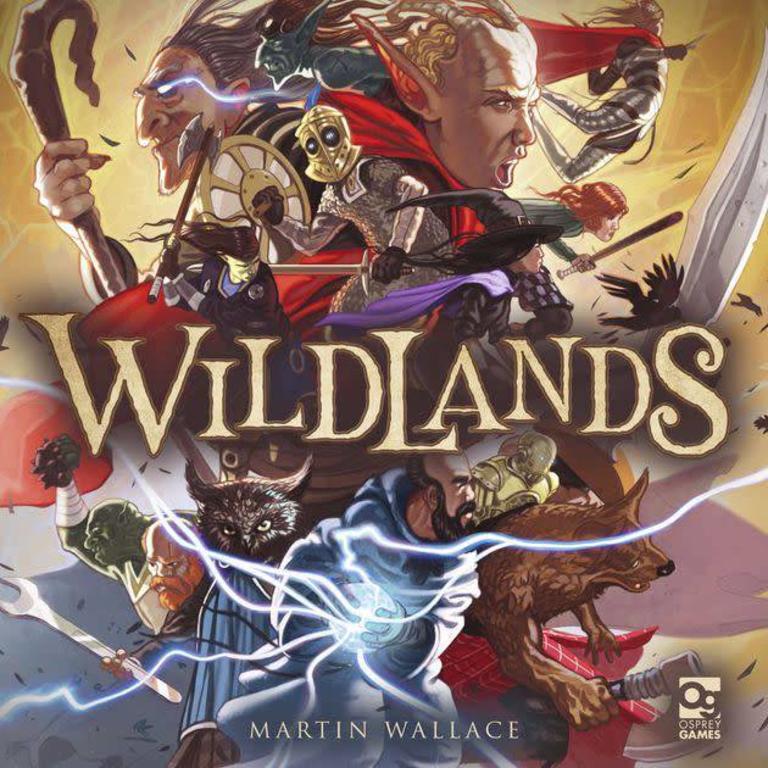 Wildlands accomplishes the difficult feat of being both simple to teach yet deeply nuanced. Strategy and tactics evolve slowly and emerge as a direct reaction to the players at the table. The same players can play with the same factions twice and row and have games that vary markedly in approach and execution of gameplans. Games like this are special, and I expect we’ll keep coming back to Wildlands well into 2019. After all, there are already some expansions ready to release.