I have a feeling that Games Workshop‘s Shadespire is going to be big. I managed to get a hand’s on with it at AdeptiCon this past weekend and it has all the hallmarks of a game of the year contender.

Shadespire is described by Games Workshop as a “tactical arena combat game” with game rules “designed with competitive play in mind”. For those familiar with Games Workshop, a focus and intentional design on competitive play is literally uncharted territory for the company. Yes, people play Games Workshop’s games competitively, it’s just that the company itself has never advertised its flagship games – Warhammer 40,000 & Age of Sigmar – to be competitive. The focus of their flagship IPs has always been to provide fun and accessible gaming experiences with the overall balance of the game being an aspiration, more than a rigid guideline. 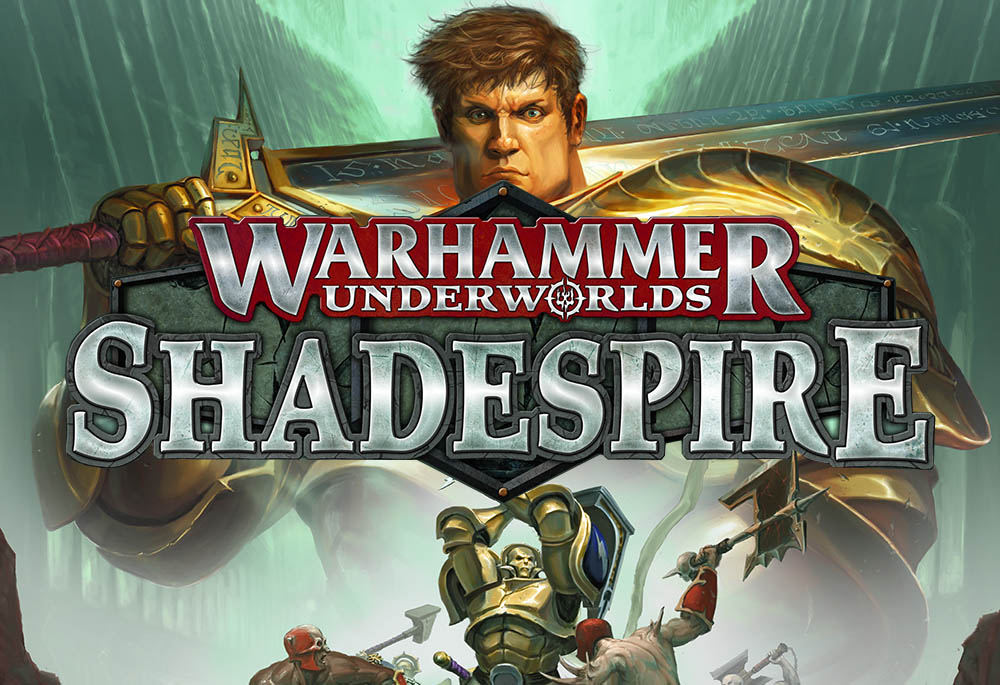 Even with a focus being on competitive play, this game is incredibly accessible and, similar to X-Wing, I can see a large community of non-competitive players springing up as well.  According to Games Workshop, “…matches can be played in under 45 minutes, on a smaller surface than our larger-scale games, and will be ideal for club or tournament play.” That’s already great news but I think my personal favourite is that they’re promising full support for an organized play system from day one. This dual approach of smaller scale and organized play support means that the game will be incredibly accessible. You can play it on your FLGS’s CCG tables, or your home coffee table.

When looking at the gameplay of Shadespire, it might look like there is nothing new. There’s a hex grid for movement and custom 6-sided dice for anything left to chance, but to truly get a feel for the genius of the game, you have to take a look under the hood.

Each faction has 2 custom decks of cards; scenario objective cards and faction upgrades. These cards are tailored to each faction so there is a lot of diversity for how players score points and upgrade their models. Objectives are randomly drawn and scored at the end of every turn. Upgrades can be played and more powerful upgrades can be purchased (if you were lucky enough to draw the right cards!). Meeting certain criteria during the game allows the playable heroes to improve their stats mid-game. The game feels a lot like the best of X-Wing and Star Wars: Destiny with the signature Games Workshop mix of compelling IP and gorgeous minis.

Additionally, Games Workshop promised that in future expansions, which will only exist in the form of fully playable races, they will release 3 types of cards; faction specific objectives, faction upgrades, and general upgrades. There will be general upgrades available to players of any faction within each expansion. This means that the competitive gamers can pick up expansions for those sweet general upgrades but they are not a requirement to enjoy the game.

The core box set comes with 3 Eternals Liberators (Stormcast Eternals for those familiar with Age of Sigmar) and 5 Khorne Bloodreavers. Incredibly, these models are coloured plastic and can be assembled without glue as they are designed to be push fit. This means that while you should paint your minis (painted minis roll better — it’s science), you can jump into playing a game as soon as the cellophane has been removed.

As a long time Warhammer player, my favourite part of the universe is how expansive it is and it looks like Games Workshop plans on exploring the full depth of their universe in the form of future expansions, “The forces you can use in this game will be drawn from races across the Mortal Realms, including some for factions that have not received any new miniatures since we first ventured into the Age of Sigmar.” This means that every faction is up for a potential introduction to Shadespire and not just the ones who have been released since the launch of Age of Sigmar in 2015.

As soon as I finished playing the demo, I was immediately excited and couldn’t stop thinking of the possibilities, like expansions for some of my favourite factions, and tailored objective and upgrade decks. More incredibly, this is a game that I will happily play with both the wife and kid because I know we can all head to the local organized play event and have an incredible evening of gaming and fun. That alone makes the game worth every penny.

Do you love games with supported organized play formats? Let us know in the comments!