Why SPIDER-MAN: INTO THE SPIDER-VERSE Deserves an Oscar - Nerdist

Why SPIDER-MAN: INTO THE SPIDER-VERSE Deserves an Oscar

Black Panther has received plenty of well-deserved accolades since its release last year. Not since The Dark Knight has a superhero movie garnered as much critical acclaim and Black Panther is the first one to be nominated for a Best Picture Academy Award. It’s a fantastic film that traces the origins of the Marvel superhero, with superb acting, beautiful special effects, and a compelling story. Yet with all of the praise heaped onto Black Panther, it might not be the best superhero film of 2018; its competition was nominated in the Best Animated Film category: Spider-Man: Into the Spider-Verse.

Here’s why I think it definitely deserves an Oscar this year.

Its Universal Themes Are Relatable

Based on Brian Michael Bendis’ and Sara Pichelli’s re-imagining of the comic book version of everyone’s favorite web-slinger, Into the Spider-Verse follows Miles Morales, a biracial teenager living with his parents in Brooklyn, New York, who gets bitten by a superpower-yielding spider.

Like Peter Parker, Miles is a smart yet awkward high schooler looking to fit in at school while also dealing with his newly acquired superpowers. It’s a story that’s immediately engaging; long-time fans will recognize familiar themes while newcomers to the story will relate to the universal struggles of being a teenager. Miles faces your typical teenage trials and tribulations, with a dose of superpower angst throw in.

Meanwhile, Black Panther, while certainly a fine film and one that offers superheroes worth looking up to, takes a different approach entirely. T’Challa is the son of royalty, the heir to the throne of Wakanda. Of course, a newly crowned king has his share of problems, but it’s not nearly as relatable as the awkwardness we all felt at some point in high school.

And it’s what makes Spider-Man the most human of any superhero. We understand the need to fit in during our teenage years more than we know about the responsibilities of ruling a kingdom. 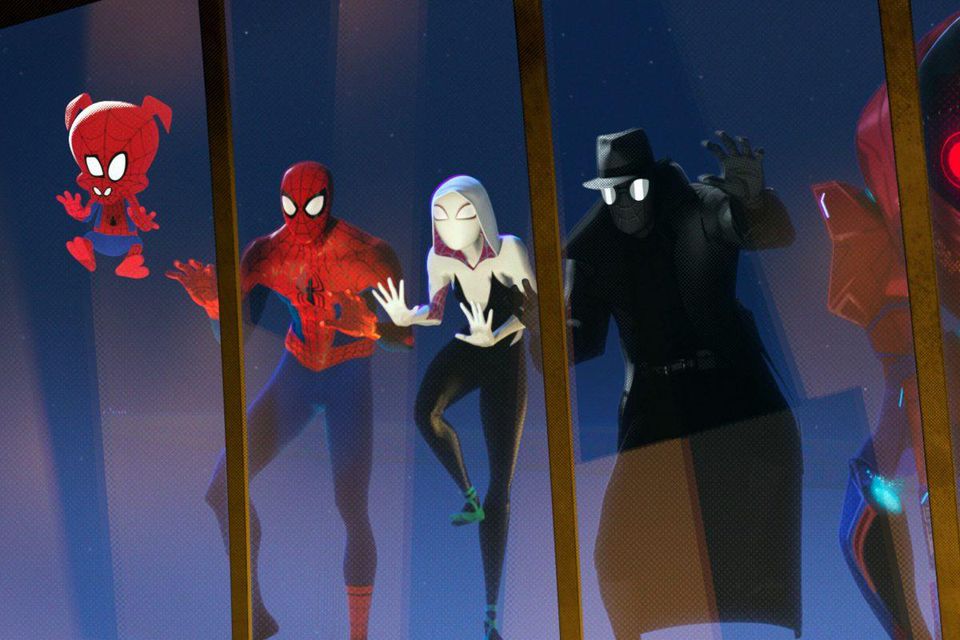 It’s the movie’s ability to weave a fresh, new take into the tried-and-true Spider-Man formula that makes it such a memorable experience. The awkwardness yet optimism in Miles isn’t simply a re-hash of the nerdy Peter; he’s a likable kid that you’re rooting for from the opening scene.

Into the Spider-Verse also manages to incorporate several parallel universe Spider-Heroes into one cohesive plot. From Miles and Peter to the lesser-known Spider-Man Noir and Peni Parker and SP//dr, all of the heroes have their moments and each has something to teach Miles … even the rascally Spider-Ham.

Every choice that directors Bob Persichetti, Peter Ramsey, and Rodney Rothman made in terms of the overall look and feel of the movie were spot-on. It’s an amazing blend of old and new, with scenes harkening back to classic comic-book panels featuring thought bubbles to anime-style scenes to cutting-edge animation.

Is Grounded in a Real Setting

Set to contemporary music and filled with nods to geekdom, the film pulsates with an energy that seems to be pulled from Brooklyn itself. In fact, a superhero’s city has never been more alive or realistic than Into the Spider-Verse. This ain’t the TV show Friends’ sanitized version of New York; Miles’ Brooklyn is the city that most people will recognize. While Black Panther consists of a terrific score by Ludwig Goransson and original music by Kendric Lamar, it ultimately feels like a movie soundtrack, whereas Into the Spider-Verse sounds exactly like what you’d hear walking down the street in Brooklyn.

This is what puts Into the Spider-Verse into the upper echelon of superhero films: its innovative approach to a well-known story enhances every scene and it particularly shines when Miles is onscreen. Whenever Miles’ spider sense is tingling, not only do we hear it, but we also see it in the forms of comic-book squiggly lines on the screen. There’s a constant movement in the sounds and sights onscreen, much like the city itself, yet there’s enough reflective space given to Miles himself, like when delivers his now iconic line: “Anyone can wear the mask.” He’s someone whose fear, confusion, and ultimately, heroism, are qualities that clearly resonate with us in the audience.