Cool Mini Or Not have a reputation for their incredible board games packed full of miniatures. It’s no real surprise then to find out that CMON also have a healthy stable of current and future miniatures games. One of these miniatures games, the oldest one in CMON’s line, has been flying under the radar, all the while doing really incredible things. The game is Dark Age and there is no better time to take the plunge.

WHAT IS DARK AGE? 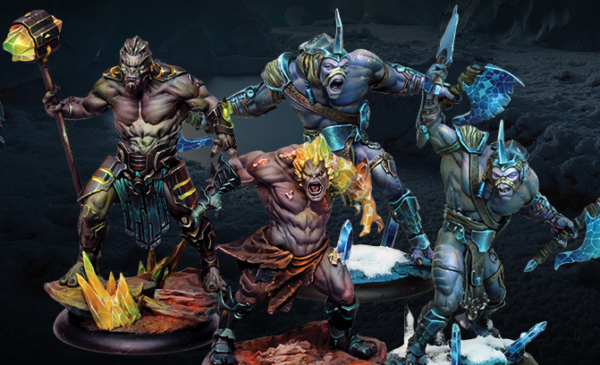 Dark Age is a skirmish sized miniatures game. This means that the average tournament-sized faction will typically sit around the 10 models, and with competitive events taking about 75 minutes per game. With that being said, there is a lot of freedom in list construction within the different factions and allows you the freedom to take a larger or smaller force than this. The game itself has 7 main factions but many of these factions are further broken down into sub-factions. Each sub-faction is able to take “generic” models from their chosen faction but also have a number of exclusive models that belong only to those sub-factions.

Miniatures games often include a deep narrative lore and a universe that ties everything together. Dark Age is no different and contains an incredibly rich, diverse setting filled with heroes, villains, and those who are somewhere in between. Interestingly, many of these “dramatis personae” are included in the game, have models and are completely playable. Additionally, the story for the game continues to evolve and grow with each release containing both rules and fiction set in this cool backdrop.

The factions themselves are incredibly interesting and diverse, ranging from humans of multiple flavours (some good, others not so much), slumbering space aliens who are waking up, AI constructs, lab experiments gone bad, and even invading space Mayans. Seriously.

WHY YOU SHOULD BE PLAYING IT

Dark Age just released their 2017 Master Rules and they are, in a word, great. Unlike other game systems which release a new edition of master rules and completely invalidate entire armies, forcing their player base to start from scratch, the 2017 Master Rules are basically an upgrade. Think of it more as a video game patch, moving from version 1.0 to version 1.1, and you are on the right track. Two months prior to the release of the 2017 Master Rules, CMON released the first ever 2-Player Starter Set, Path to Glory. The best part of these two releases is that despite the Path to Glory set being released under the old Master Rules, the entire box set, including its Quick Start Rules, are 100% compatible with the new 2017 Master Rules. Did I also mention that every rule in the game is free to download?

The models for the game are also incredible (as to be expected from CMON) and being updated and modernized. Right now, all but 2 of the factions have received a modern facelift, with one of the remaining releasing this year at GenCon. After that, pick an aesthetic you like and go to town. Do you want a Mad Max-style band of humans, eking out an existence in the barren wastelands? Got them. Are AI robots, including an AMAZING robo T-Rex more your thing? Got those too. Fundamentally, the breadth of the Dark Age universe pretty much guarantees that there is something in their range that you are going to love.

HOW DOES IT PLAY? 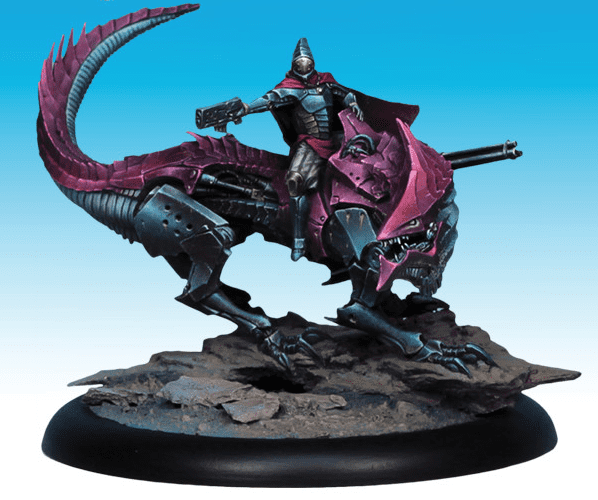 Of course, the best universe and models, aren’t enough if the game itself isn’t fun to play. Dark Age is a deep, tactically satisfying skirmish game. Scenarios have both primary objectives and you have hidden secondary objectives to fulfill, which are randomly drawn from your Secondary Objectives deck. Cover & movement are both incredibly important and the game itself is a D20 system. You really only need 2 D20s to play a full game so there is no messy dice rolling or cleaning. The D20 mechanic is a boon for all of you poor dice rollers in D&D because the game is designed for you to roll low. A roll of “1” is a critical success and a “20” is a critical failure; my D&D group will be delighted to hear that my knack for rolling 1s is useful somewhere.

Dark Age has a ton of balance between shooting and combat with no aspect of the game having an advantage over the other. An “On Hold” system allows for a lot of tactical depth as you are able to react to your opponent’s actions, either move a model outside of the range of weapons or even take a melee or ranged attack, depending on the situation. Combine the ability to hold actions with a game that boasts alternating activations and you create a game that feels very much like a game of tactical cat & mouse as you jockey your models and activations to give yourself an edge and deny your opponent the same thing.

THE BEST PRIZE IN ALL OF GAMING 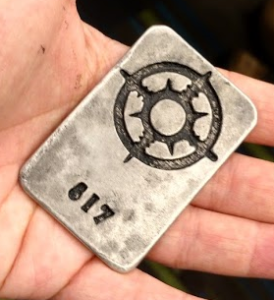 Dark Age has arguably the best prize in all of tabletop gaming. Every year they have a tournament circuit called The March to Immortality. This is a series of qualifying events held at major Cons throughout the year. Winning a qualifier earns you a coveted Bludgelt (although depending on the size of the event, CMON has been known to hand out additional Bludgelts for completing additional challenges, at their discretion). Bludgelts are the currency in the game universe and they are the only way to buy your way into the final Immortals tournament held at CMON Expo. Winning the final Immortals tournament allows you to work with the game designers to create any model you want to see in the game. Many previous winners have created themselves in the game, while the most recent winner worked with the design studio to invent a new sub-faction (they loved his idea so much they committed to creating a sub-faction around it).

If you are unable to meet CMON at a March to Immortality qualifier, but still want to get your hands on a Bludgelt, there is one final way to get your hands on one. You can challenge anyone with a Bludgelt to a “winner takes all” game of Dark Age. Beating the holder gives you their Bludgelt and you can use it to pay your way into the Immortals final tournament. With that being said, each time a Bludgelt is used to buy your way into the Immortals, they stamp it, on a piece of railway track, no less.

After 2 stamps, it can no longer be used and you will have to earn yourself another one. It’s a great system and turns the Bludgelt into a highly coveted piece of gaming swag.

Obviously, I’m a huge fan of the game and the universe, the game, and the mechanics. If you’re looking to check the game out and connect with other players, I recommend checking out the Dark Age: Samaria Reborn Facebook Group, where you can find myself and other players sharing tactical advice, painting inspiration, and generally geeking out about the game.

If you could make a model for your favourite game, what would it be? Let us know in the comments!