Why BattleCon is the Best PvP Fighting Card Game Out There

Head-to-head card games provide fantastic tension, strategy, and competition. Combat centered ones, even more so. The competitive, one-on-one strategy that can develop within a deep game is sublime. And no system is better at it than BattleCon.

BattleCon takes obvious inspiration from two-player fighting games like Street Fighter or Mortal Kombat. Each player selects a unique fighter. Every combatant has a special ability and may have some amount of extra cards, tokens, or other bits necessary for their fighting style. And all of them have a special Finishing Move that they can execute when the time is right.

The beauty of BattleCon, though, is its simplicity. Each player is given six base cards. These are basic moves like “Strike” or “Burst.”  Both players have the same base cards. However, each fighter brings five unique styles that can be paired with the bases. So your styles might include “Chained” or “Vengeful.”  To attack an opponent, you simply combine the two to get a Chained Shot, a Vengeful Strike, or some other combination. Each character also has a single base unique to them. 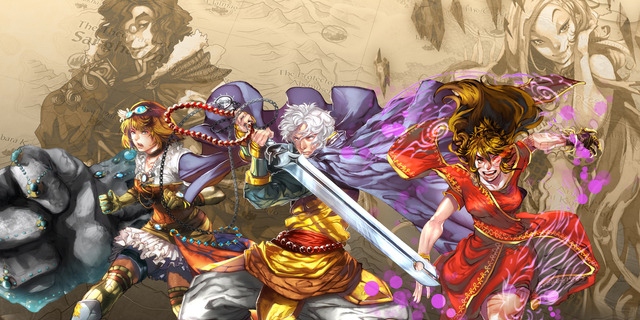 Together, the two cards describe the speed, strength, and range of your attack. The players reveal their chosen pairs simultaneously. Whoever is faster attacks first. If they hit, the other player may be stunned which stops them from striking back. After both attacks are resolved, those pairs are discarded and the players start a new round. The game lasts fifteen rounds or until one fighter loses all of their life points.

On the surface, the game sounds quite simple. In fact, it is incredibly easy to learn. There are only a few special abilities, like Stun Guard that helps you avoid being stunned or Soak that negates damage entirely. The simple rules make it easy to pick up and start playing immediately.

But BattleCon is astonishingly deep. All of the styles and bases have special powers on them. They might bestow soak or stun guard, but they might also move you or your opponent around. They might trigger traps or events that your character can uniquely perform. They might impact resources that your fighter gains and spends for additional attacks or damage. And every combination of base and style is completely unique. 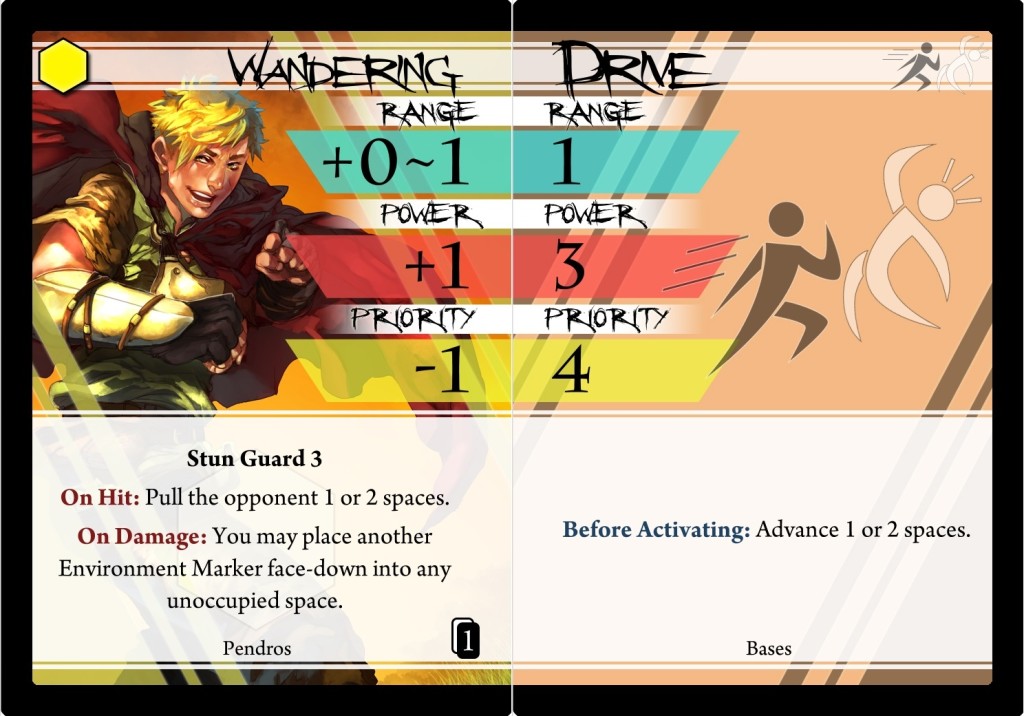 So the game isn’t just about slamming your best combo, button-mashing your character into oblivion (and ruining your favorite controller in the process).  Instead, the game is mostly about trying to anticipate what your opponent will be doing and counter it. Do they have access to a particularly potent card pair? If you think they’ll play it, maybe you should Dash past them and get out of range. But if they think that you are going to Dash, maybe they’ll do something else. Which means, you shouldn’t Dash and you should strike out while they are unaware. Realizing that you won’t Dash, they may play their potent combo after all.

Better yet, the characters all feel different. There are characters that want to attack as fast as possible, stunning their opponents and depriving them of attacks. There are some that like to counter-attack. They are good at taking a hit and dishing out even more damage. There are attackers that are great at range, and those that prefer to be very close to an opponent. Some are heavy hitters and others use trickery and deception. Whatever style you like, there is a BattleCon fighter who does it. 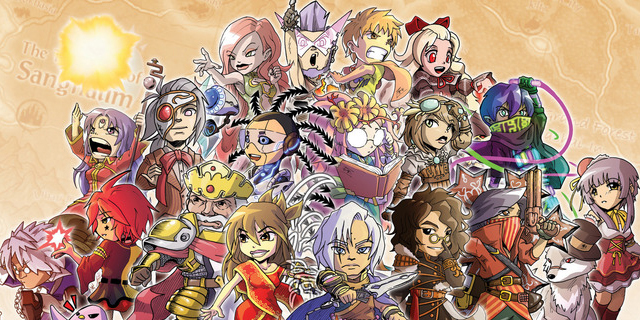 There are tournament rules for those who want to take their game to the next level. And the system is versatile enough to support cooperative, 2v2, 3v1, and others. Now, if you want to play at a high level, you have to know all the characters intimately. Although some match-ups do tilt toward one fighter or the other, most of the pairings are exceptionally well balanced. But you still have to know how to defeat them. How does your speedster play against a character that likes to counter-attack? How do you ensure that your ranged opponent doesn’t get away from your best strikes?  Learning that and knowing how best to counter their potential is critical.

But even though the cerebral challenge and tactical considerations are immense, the experience is so much more. It doesn’t challenge your twitch reflexes like a video game, but you otherwise get much the same feel as a side-scrolling fighter. You anticipate your opponent’s actions, set yourself up for a big strike, and try to counter what you think they’ll be doing. And like most great fighting games, BattleCon has a wonderful cast of wholly unique combatants. When I play, I get the same increased heart rate and excitement that I experienced with Tekken parties in High School.

Currently, there are three products in the line: War of Indines, Devastation of Indines, and Fate of Indines. If you are just getting into the game, definitely start with War. The others are great, too, but War provides the most well-rounded characters with a good mix of straightforward vs. complicated.   If you are at all a fan of two-player strategy combat games, then the BattleCon line is one you need to check out.

What’s your favorite fighting game you like to play with friends? Please let us know in in the comment section below.