Who Will Survive This Season's Horror Movie Lineup? - Nerdist

Who Will Survive This Season’s Horror Movie Lineup?

Autumn is coming and with the falling leaves and smiling Jack-O-Lanterns also comes a wave of horror movies and their victims. Who will end up six feet under and who will come out the hero? Let’s make some educated predictions for a few of these frightening films.

Guillermo del Toro’s supernatural horror romance, Crimson Peak, stars Edith Cushing (Mia Wasikowska), a young author who believes in ghosts. While trying to escape a family tragedy, she falls in love with the dashing Sir Thomas Sharpe (Tom Hiddleson) and agrees to marry him. She joins her husband as his estate to find the house is not only decaying, but seemingly alive. 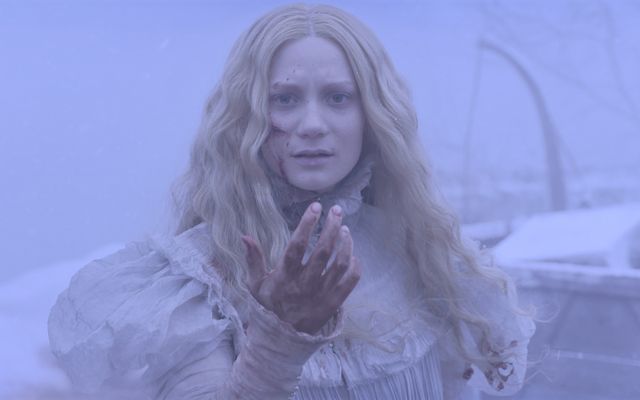 The trailer shows some glimpses of the horrors that await her at the Sharpe mansion: blood gushing from the faucets, ghostly apparitions, and Sir Thomas’ creepy sister, Lady Lucille Sharpe (Jessica Chastain). Del Toro is well known for his disturbing horror movies and willingness to give us endings that tug the heartstrings and leave us chilled to the bone. I suspect Edith Cushing and her new husband may end up joining the rest of the Sharpe family as ghosts themselves.

M. Night Shyamalan has taken another crack at crafting a horror movie about common day things turned dark with this twisted tale about family. Becca (Olivia DeJonge) and her younger brother Tyler (Ed Oxenbould) are taking a trip to stay with their estranged maternal grandparents in Pennsylvania for the first time. Unfortunately, it seems there is something dreadfully wrong with Nana (Deanna Dunagan) and Pop Pop (Peter McRobbie). 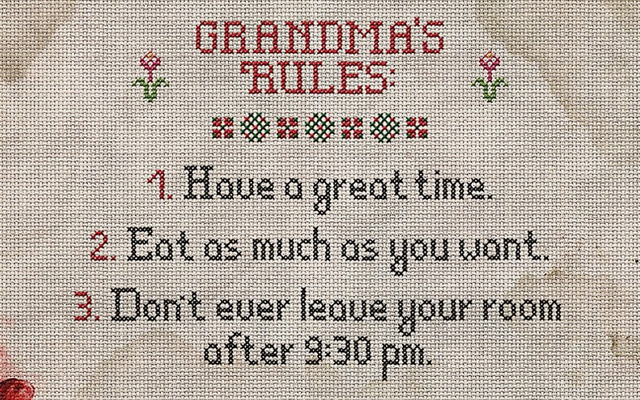 I always have my reservations about Shyamalan films, but this one seems to be getting some good reviews. It may be that, in getting away from Hollywood and working in a much more low budget production, Shyamalan has been able to recapture his voice. Of course, being a Shyamalan film, this movie will have a twist ending and I’m guessing it will be something along the lines of Becca and Tyler actually ARE Nana and Pop Pop or maybe the children are evil and the grandparents are really trying to save us all. Will they survive the film? Probably. Will they need years of therapy afterwards? Most likely.

You can take your grandparents to see The Visit, which is in theaters now… if you dare.

Fans of the Goosebumps books will be super excited for this upcoming Rob Letterman film. Zach Cooper (Dylan Minnette) is the new guy in town and his neighbor Hannah (Odeya Rush) is the pretty girl next door with the creepy father. Turns out her dad (Jack Black) is the legendary author R.L. Stine! Zach makes the mistake of loosing the monsters that Stein had captured in his novels upon the town, and everyone must band together to send them back to the books before it is too late! 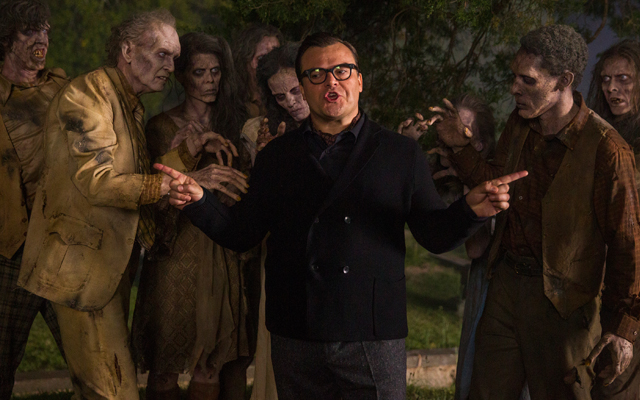 This movie looks like it is going to be along the same lines as Jumanji; more comical than than horrific. That said, R. L. Stein does like to leave you with something to think about, so while no one will die, I suspect one of the creatures freed from the books will end up escaping this ridiculous crew of monster hunters so that it can continue its reign of terror.

David Yarovesky is bringing us a sci-fi/horror Memento with the upcoming movie, The Hive. It follows the story of Adam (Gabriel Basso), who awakens in an infirmity with amnesia. According to the trailer, it seems that Adam’s life was going pretty well up until a plane crashes nearby. He and his girlfriend Katie (Kathryn Prescott) investigate and somewhere along the way she becomes infected with an evil virus. Will Adam be able to save his girlfriend or even himself? I doubt it. Like Crimson Peak, this movie is touted as a romance and I suspect that Adam is going to join the Hive and live out his days alongside Katie in their gooey black zombie swarm. 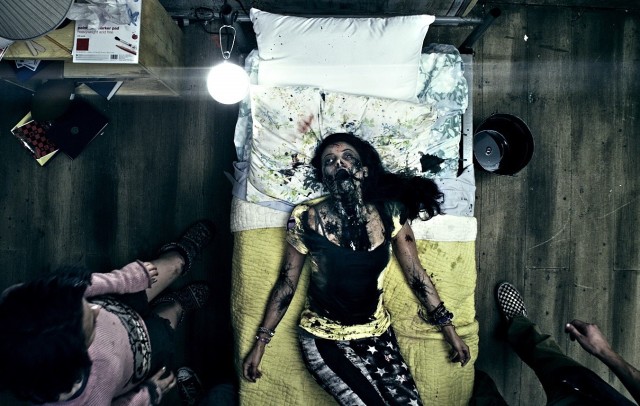 The Hive just had its one-night movie premiere, but will be available on demand and on digital platforms on September 28th.


The next few months are going to be filled with spooky stories and hair-raising horror films. Which are you the most excited for? Do you have any theories on what shall become of our ill-fated characters? Let us know in the comments!