Which Atari Classics Are Becoming Board Games? - Nerdist

Which Atari Classics Are Becoming Board Games? 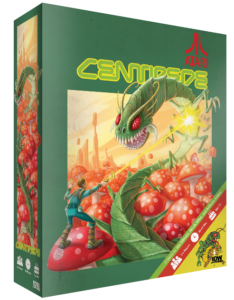 When I think of Atari my mind goes straight to darkened rooms lit by CRTs, filled with the beeps and boops of old arcade cabinets. I pumped a lot of quarters into pizza place arcade cabinets dodging Asteroids and blowing up Centipedes and now I’m going to have the opportunity to do it at game night. Atari and IDW Games are partnering to bring a few of those classic titles to the table under the design guidance of Jon Gilmour.

So far three games have been announced: Centipede, Asteroids, and Missile Command. Centipede will be the first to launch in the fall of 2017. No more specific dates are available, but the following games will release “intermittently shortly after”.

As Jon Gilmour “The most exciting thing to me, was being able to try to recapture some of what I (and the other designers) loved about these games as kids.” 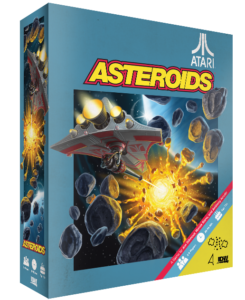 IDW Games has brought a number of well known – and lesser known IPs – to the tabletop. Probably best known for Dead of Winter, Jon Gilmour is known for his thematic and evocative titles so I’m excited and curious to see how he adapts these games to the cardboard format. IDW has recently become known for their excellent work in adapting various licenses. Teenage Mutant Ninja Turtles: Shadows of the Past is one of last year’s standout games, and I’m a big fan of Arcane Academy.

Of course, nothing can be adapted without changing something so I reached out to Jon to ask about what we could expect. “We are trying to capture the joy and fun that many of us experienced playing these games” he said. “The most exciting thing to me, was being able to try to recapture some of what I (and the other designers) loved about these games as kids. It was great having conversations with so many people about what we all loved about these games, and how to turn that into a board game.” What this will look like exactly is still under wraps but he was able to share some light information about the titles. 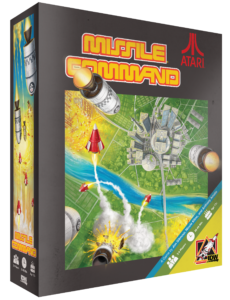 “Centipede is the closest to capturing the arcade experience, with some nice twists to it. Whereas Missile Command is definitely inspired by the game, and is not a port, but really echoes what the game did.” Centipede’s design is being head up by Nicole Kline and Anthony Amato, themselves no strangers to 80’s nostalgia. Their latest game Lazer Ryderz brings an 80’s Tron vibe to the table and had a very successful Kickstarter.

We’re looking forward to fall and will be keeping a close eye on these titles!

Which title are you most excited about? What other classic arcade game do you want to see? Let us know in the comments!