I remember hearing about Cry Havoc shortly before last year’s GenCon. I briefly thought about preordering but figured that I’d wait and demo it and pick up a copy at the convention. Ha. Cry Havoc sold out before the doors even opened. I did get to demo it however, and it became one of my favorite games of the year. It’s dramatically asymmetric, the combat is innovative, and I feel like I could explore the gameplay for a long time which is why I was very surprised to hear that designer Grant Rodiek is designing a similar game with similar mechanics. Curious, I reached out to ask why he was revisiting the design.

Cry Havoc is not Rodiek’s first design. He’s successfully published Farmageddon and Hocus, a game of Wizard Poker that I’m a personal fan of, and the upcoming Solstice. All of these are unique games that don’t build on each other from a system perspective. His new title, York, is different in that it builds off of and changes bits of Cry Havoc. “I started it to take some of my favorite aspects of Cry Havoc, change some things, and create aspiritual sequel.” he said about York. “They’re clearly in the same family, but I think they stand apart.” 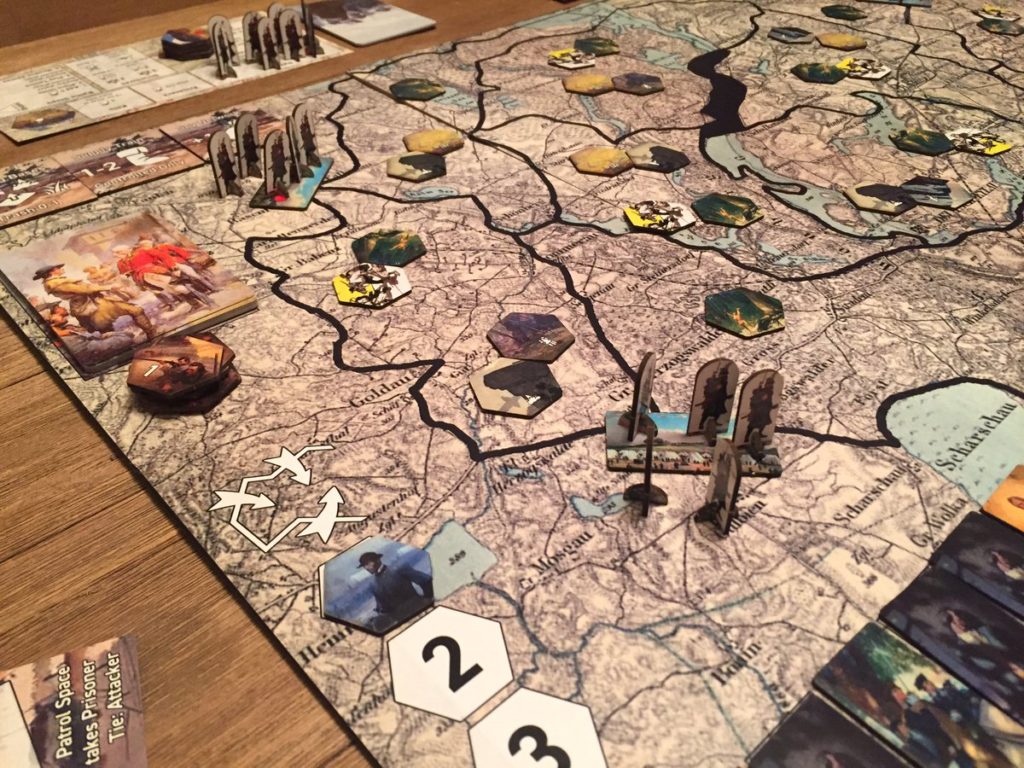 This has certainly been accomplished, at least thematically. Cry Havoc is a sci-fi game of alien races and machines competing to colonize an alien planet. There are solar arrays, monstrous Trogs, and mystic aliens harvesting crystals. York on the other hand is a 19th century Napoleonic conflict game, inspired by the Franco-Prussion war. Combat is inspired by tactics like charging and flanking with structures inspired by period appropriate features. Forts and Artillery replace the Crystal Harvesters of the previous title.

Rodiek is certainly not the first designer to take this direction. He lists Richard Borg’s Command & Colors series as a particular point of inspiration. Memoir ’44, BattleLore, and others run the gamut of conflicts from WW2 to Fantasy Elves, while still sharing a few key features that tie them together as a family. “I always try to make new designs. You can see my style and finger prints, but I always like to try new things. But, Cry Havoc is different. I’ve worked on it for so long, and the engine is so strong, that I felt like I could do more with it” he went on. 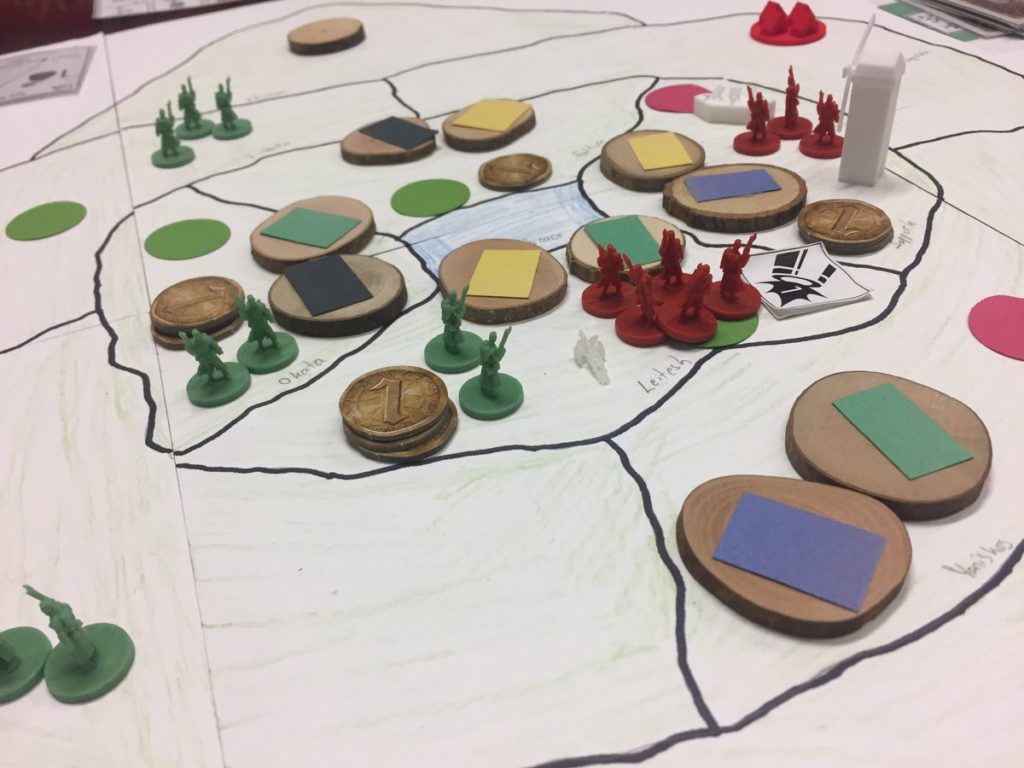 No doubt this is tricky. Cry Havoc features a card driven system of actions and tactics and the temptation can be there to conflate new cards with new features. One of the key things is making meaningful  changes and adding meaningful new content. It isn’t enough to simply add new abilities, what he’s looking to do in York is add “meaningful variance.”

It’s important to distinguish between a sequel and other forms of revisiting existing designs. As a lead developer on The Sims 4, he’s no stranger to the idea of revisiting previous work but says there are some key differences among the various ways that designers revisit their own games. I asked about these differences and he said this: “I think a sequel needs to provide thematic continuity. A story needs to continue. I think a sequel can add new content, new ideas, new ways to execute things.” Rodiek considers expansions to be sequels and is also working on an expansion for Cry Havoc.

Where Cry Havoc: Aftermath will add “add new rules, new Skills, new mechanisms, new Structures;” York is something different. A look at the map will show that the layout is familiar, and it is still a 2-4 person area control game of conflict. There are some key differences, however. The Trogs in Cry Havoc are a playable faction at 4 players, but the Peasants in York always fight the players. Structures are still present, though they’re a shared pool. These are minor changes though incredibly impactful. What seems to be the biggest change is that York will not be asymmetric.  As much as I personally love asymmetry, I have to agree with Rodiek when he says “Asymmetry is great, but it creates a huge learning curve for folks, huge balance burdens on the designers, and can be a make or break factor for people enjoying the game.”

So why make these changes? Cry Havoc was praised by many critics and a sales success.  One of the things that he is hoping to do is create a game that will appeal to people who didn’t like Cry Havoc. He wants those turned away by the steep learning curve and asymmetry to find a home in York. The other may be the feeling that there is more to explore. Cry Havoc has been a part of his design life since 2012; it sounds like it will be for at least a few more years.

What’s your favorite family of board games? Do you have a favorite redesign?