What Your Beard Says About Your D&D Alignment - Nerdist

What Your Beard Says About Your D&D Alignment

They say you can tell a lot about a man by his facial hair. I’m not sure who “they” are, but I’m willing to roll with it. Especially when they produce a Dungeons & Dragons alignment chart like this one: 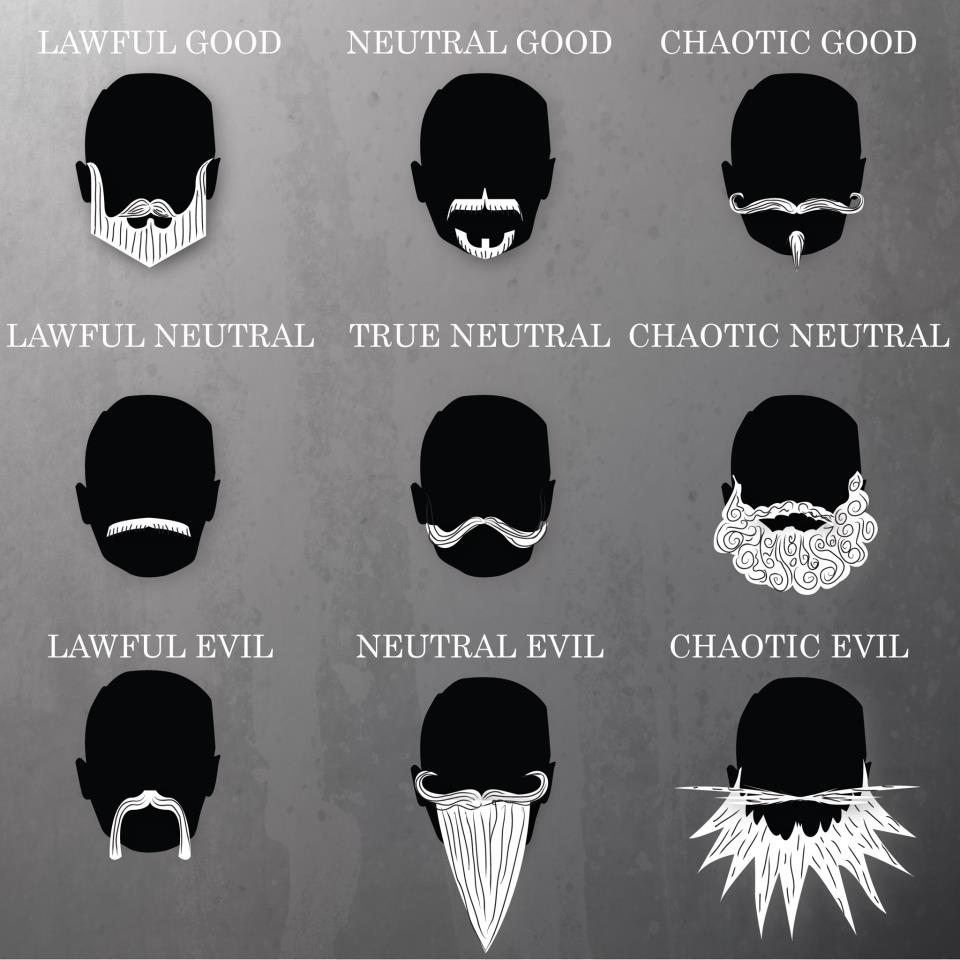 
This charming grid was conceived by Alex of The Dungeon Remastered and drawn by environmental artist Adam Alexander. What Alex doesn’t explain is his reasoning behind each style. I suppose that means it’s open to interpretation!

Lawful Neutral reminds me of a police officer mustache. You never know whether you’ll get good cop or bad cop, but whichever one it is, he’s gonna live and die by the law. Neutral Evil is a classic villainesque look with both the curled mustache and the beard that longs to be stroked while explaining a dastardly plot to the captured hero. But my personal favorite is the Chaotic Good beard. It’s dashing, and says, “The only thing not chaotic about my alignment is the time and care I put into my appearance.” I bet this guy has a sharp wit and an infectious laugh.

Then again, Sam and Travis both had lawful good facial hair in the latest episode of Critical Role. Don’t worry, that just means they’re law abiding good fellas. Scanlan and Grog on the other hand…

So what about you or your gentlemen friends? Does your facial hair resemble any of these styles? And if so, how accurate would you say these are? Let us know in the comments!