Is Mary Poppins an Alien, Witch, or Time Traveler? - Nerdist

Is Mary Poppins an Alien, Witch, or Time Traveler?

Mary Poppins Returns hit theaters on December 19, a magical confection of old-school Disney charm and that very-Mary burst of imagination. The film has delighted critics (myself included) and audience goers are in for a delicious treat. But in the information age, critics and fans alike are probing a little deeper into the Poppins mythos. Like, what is the exact source of Mary Poppins‘ magical powers and where the hell did she come from? We have some ideas. 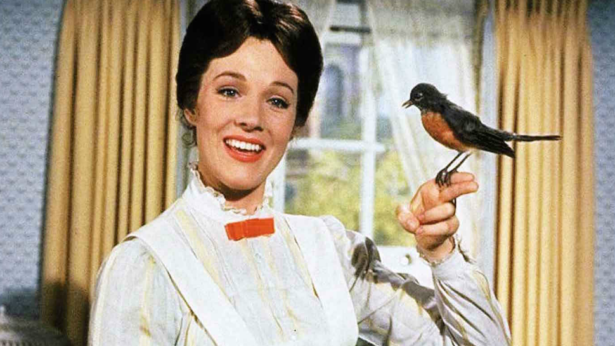 The most likely possibility is that Mary Poppins is a witch of some sort. That could explain her ageless exterior, her ability to fly through the sky (with an umbrella in place of a broomstick), her enchanted bag, and other peculiarities like flying up the stairwell bannister or attracting animals. In the books, it’s implied that all children are born with magic, and that Mary merely never lost hers. That doesn’t necessarily make her a witch, but why, then, was she the only one with this unique ability? It feels vaguely Harry Potter-esqye in that “chosen one” sense.We’re not the only ones who float this theory. It’s a popular one on Twitter.

All British lamp lighters and chimney sweeps know Mary Poppins is a witch.

Mary Poppins was a Witch, right? I think we can all agree on that. 🧙🏻‍♀️ pic.twitter.com/DF8PCs0gnQ

Is Mary Poppins a witch, and if so are the animated penguins her familiars? 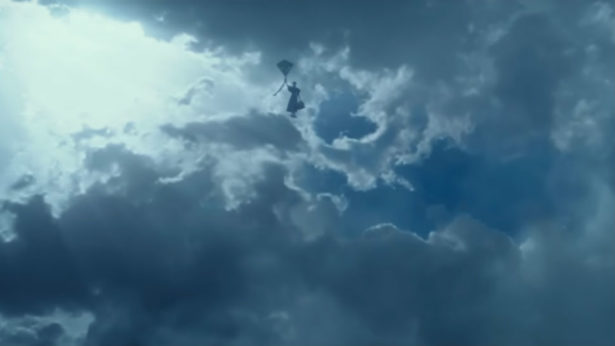 The books may imply that Mary is merely some nameless magical being, but the movies make no such distinction, so we can go a little more wild in our theories here. For instance, what if Mary Poppins isn’t from this planet? That could explain why basic physics don’t really apply to her, and how she’s able to jump through time and space as she likes. If she’s from another planet, that could also explain her almost robotic mannerisms and ability to see straight into the soul of a problem.

Mary Poppins was an alien. That was everyone’s take away right? 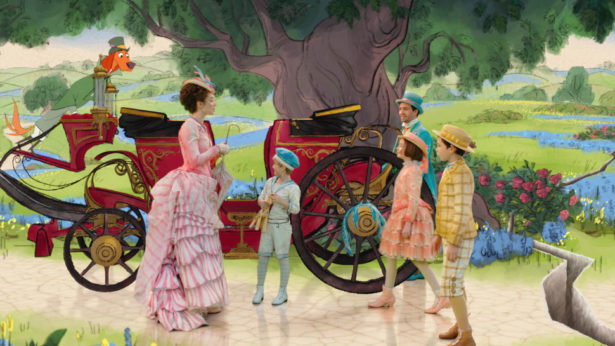 Or maybe Mary’s simply hopped over from another dimension, and that’s why she’s able to leap into painted bowls and into the ocean-like depths of a simple bathtub. Her ability to bend and manipulate time and place would make sense if she’s somehow learned how to leap through string universes like Olivia Dunham.

I like this idea that Mary Poppins is an interdimensional illusionist sorcerer of unknown ancient, alien origin and questionable motives. The Earth will soon be caught up in one of her visions and she will finally have brought her proper order to things. https://t.co/o2DwMMdu4d 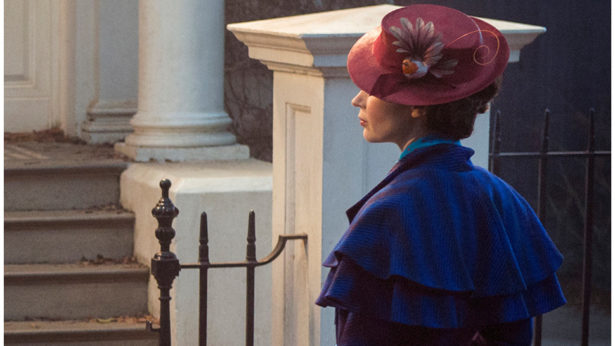 This is a pet theory of mine that could also explain the long gaps in her appearances. What if Mary was actually from another future timeline, and travels back intermittently to check in on the Bankses and other families? There’s a longstanding theory that Mary was also Bert’s nanny long ago, and that’s why he recognizes and even sings about her. (In the opening lines of the original Mary Poppins, he sings: “Can’t put me finger on what lies in store/ But I feel what’s to happen all happened before.”) If Mary is able to jump through time at will, that could explain why she doesn’t seem to age: she merely pops in for a few months from her timeline and then goes right back. What could be several decades for the Banks children is just a wee bit of time out of her schedule.Or maybe she’s just a straight-up Time Lord. (Lin-Manuel Miranda seems to think so, at least.)

You know, I was upset about Mary Poppins being remade, but then I thought about it. Who has the power to change their form, have more room inside something than there should be, and can travel to lands that others might consider impossible? I think Mary Poppins is a Time Lord. 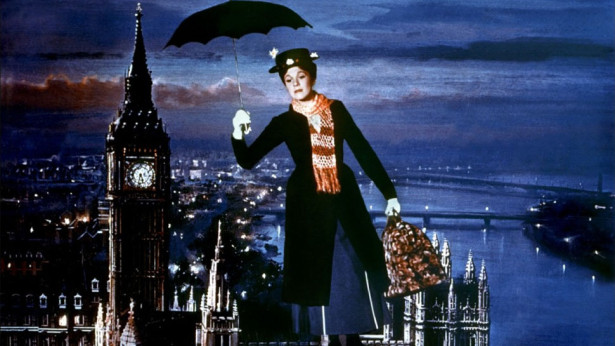 It certainly feels like Mary was sent from the heavens to care for the Banks family. That’s why she always arrives and leaves through the sky, and why she arrives at such opportune moments. Perhaps she exists only for the Banks family as an answer to the bits of themselves they’ve buried deep within. She comes from up above to bring out what they’ve always known rests inside, and then she flits off once they’ve learned their lesson. That sounds like a guardian angel to us, or at least some kind of special protector.