Whale Sharks Have Eyes Covered in Teeth and It's Unsettling - Nerdist

Whale Sharks Have Eyes Covered in Teeth and It’s Unsettling

Whale sharks are well-known for being the biggest sharks in the sea. They’re also an excellent gigantic photo opportunity for scuba-diving vacationers. But what about those small teeth covering their eyes?

Gizmodo picked up on this fascinating, unsettling discovery, which was outlined in a paper recently published in the journal PLOS One. The paper, authored by Taketeru Tomita, et al., focused on the adaptions of the eyes of whale sharks and found multiple mechanisms for protection. Mechanisms that are both highly functional, and, again, a little nightmarish.

According to the paper, whale sharks a.k.a. Rhincodon typus have eyes “covered with dermal denticles” in an adaptation that hasn’t been found amongst other vertebrates. The dermal denticles, shown in detail below, are not for eating. But they are still very much like tiny proto-teeth. 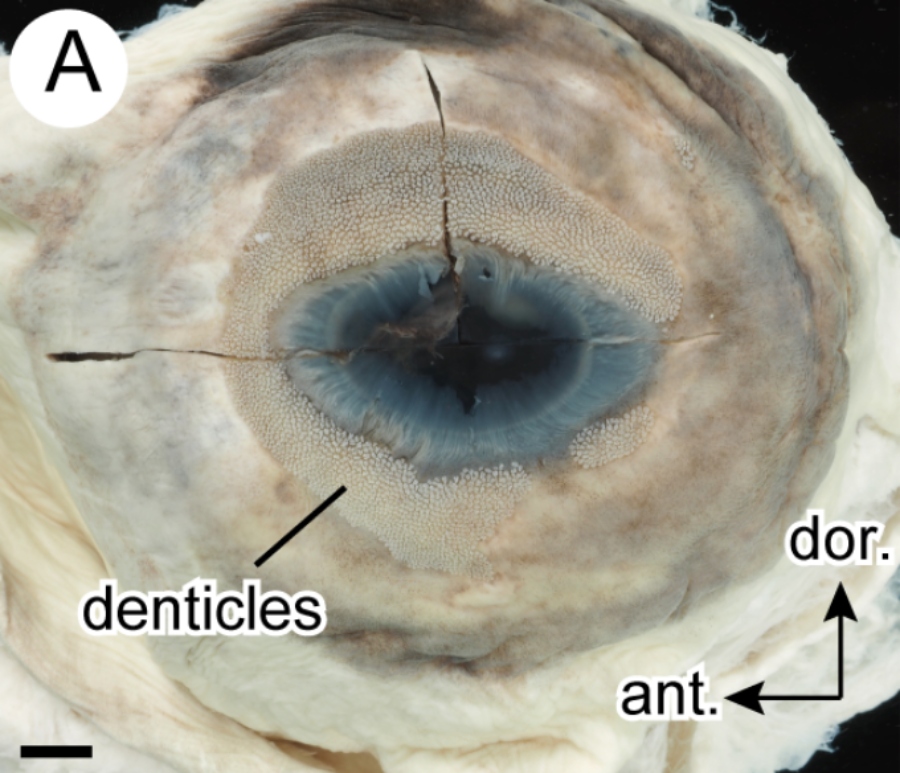 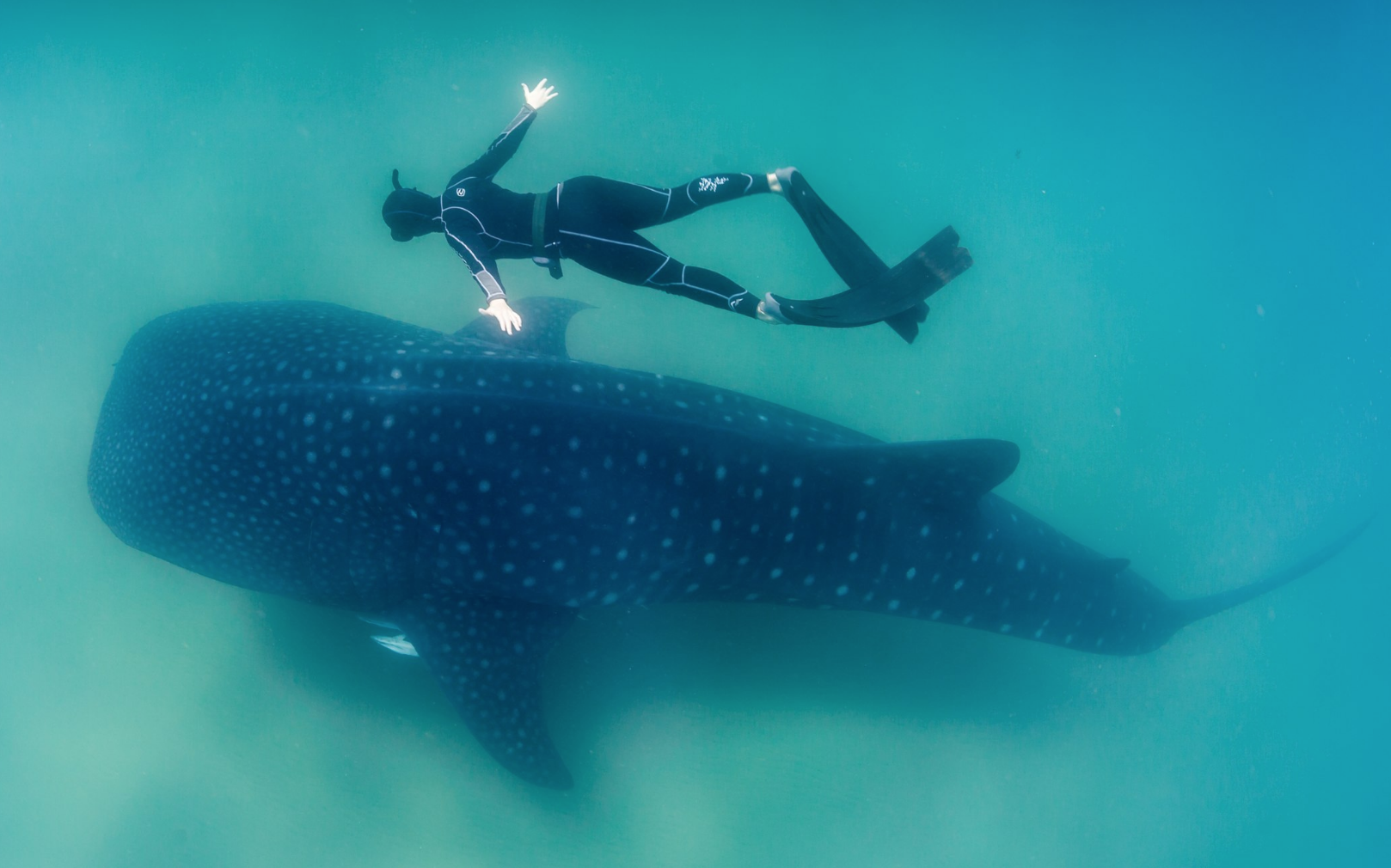 The purpose of the tiny eye-teeth is, expectedly, to protect the whale shark’s eyes. The denticles do so by acting as “armor” that reduce the risk of mechanical damage to the eye surface. The study’s authors also found that whale sharks can retract their eyeballs into their sockets by somewhere between half-an-inch and an inch. 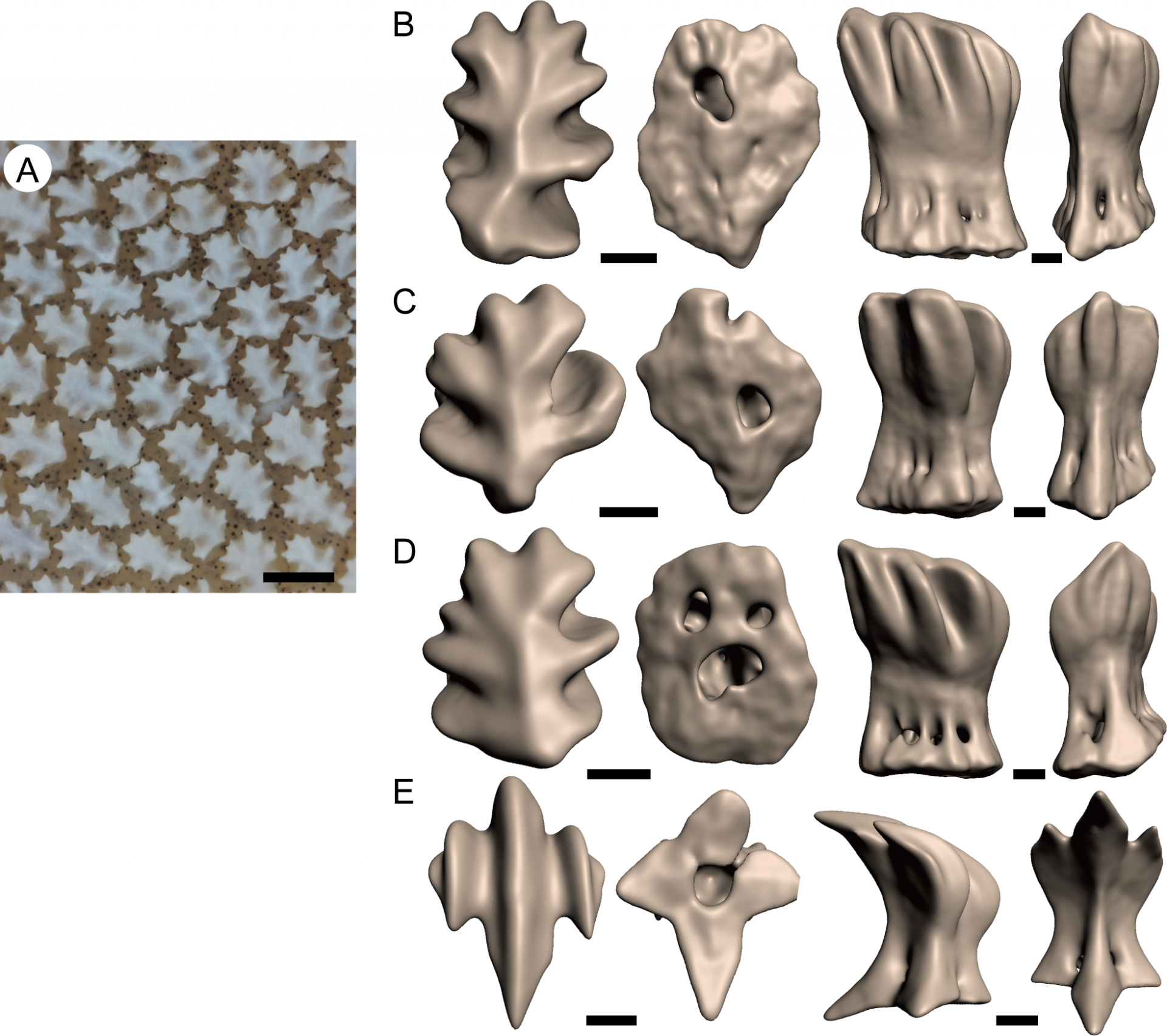 The paper’s authors say that the whale shark’s eye teeth, as well as its ability to retract its eyes into their sockets, points to the importance of vision for the 41,000-pound sea beasts. This importance, the authors say, “contradicts the general, though poorly established, notion of low reliance on vision in this species.” Hopefully they never have to look at their own eyes though. Because that’s a sight that’s going to be hard to forget.

What do you think about whale sharks’ eye denticles? Are you seriously grossed out by the ocular teeth, or do they just make the whale shark even more endearing to you? Let’s get some eye-opening thoughts going in the comments!