WESTWORLD's Best Episode Looks Nothing Like Its Other Episodes - Nerdist

WESTWORLD’s Best Episode Looks Nothing Like Its Other Episodes

Take my heart when you go because there are spoilers through  Westworld season 2, episode 8 ahead.

What is Westworld‘s essence? The one thing that, if you removed it, would stop Westworld from being Westworld?

Is it the mystery? Hundreds of thinkpieces adorned with question marks suggest that’s the case, but the show’s secrets are a trick of the eye. For all its ability to turn us all into conspiracy theorists standing in front of our chaotic pin boards connecting Shakespeare to the show’s Delos website, it’s not actually a very mysterious show at all. Beyond three big twists (Bernard being a host, the two timelines, and Ford’s return), Westworld is content to show you its hand almost immediately after it’s raised your eyebrow. It’s a show about symbols and small objects and big mental moves, all presented with an air of mystery, but it’s not like Lost, for one example, which would drop two explanation-demanding oddities for every answer it provided.

The mysteries are fun, but frivolous. So are the characters the essence of Westworld?

Dolores ( Evan Rachel Wood), like The Man in Black (Ed Harris), has been flattened by getting exactly what she wanted in the first season. For all the visual splendor and heady word-wrangling, a dull edge has laced itself into almost every episode this season where they are concerned. Dolores’s march toward the Valley Beyond has been like watching what a demystified Colonel Kurtz was up to the whole time Captain Willard and the gang were on his trail.

There’s a hollowness in search of a purpose with her quest. Likewise with The Man in Black, who offers us the closed-minded starting point of “Kiksuya,” saying, “I never learned it. Whatever tongue Ford saw fit to give you,” when Akecheta (Zahn McClarnon) pulls his carcass from the mud. That sense of purpose may well come in the final episodes, but the genius of this episode is in exposing the current hollowness. This is where Westworld really hides its cards to its own detriment. Without knowing Dolores’s ultimate goal or methods to get there, it’s impossible to know or care whether it’s going well or poorly. We get no glimpse into her or The Man in Black’s internal life beyond their dogged movement forward. They’ve been rendered flip and smugly secretive. The show’s tendency toward big revelations is actually a tendency toward giving us information long after we needed it. Dolores and The Man in Black have both been sunk by that bad habit this season, with Bernard regularly infected by it.

It’s not that Dolores’s charge isn’t personal or The Man in Black’s obsession isn’t illustrative. It’s that we’ve been asked to meander through the park with them despite very little of their activities corresponding to anything (emotionally or narratively) that has come to pass. The Man in Black’s story is the worse offender, taking him through familiar haciendas with video game efficiency but without rooting any of it in an incipient awareness or, genuinely, his stated goal of burning the place down. What has he learned? What does it matter? It’s not the mystery or the characters. Akane (Rinko Kikuchi), Musashi (Hiroyuki Sanada), and now Akecheta have all proven far more interesting as one-off characters than most of the main cast this season. The show has teased us with how much larger its world can be only to fold in on itself again and again, making our sojourn into Shogun World a mere side quest by failing to bring its two heroes across the border into Westworld. It was fun, it gave Maeve ( Thandie Newton) greater depth, but now it’s over and none of the characters need think about it again. There’s something cheap and disappointing about that in retrospect.

Which brings us to “Kiksuya,” which is a singular masterpiece.

Tonight’s episode managed to explain elements of the past without getting in the way of a stirring, powerful tale. The mazes on rocks and scalps. The literal memory bank at the bottom of the Valley Beyond. Maeve’s traumatic past with Ghost Nation. The pieces fell into place with the pleasurable precision of those OCD Youtube videos of industrial equipment. It was so good at weaving old details into the mix that we even see where Logan (Ben Barnes) ended up after his naked ride into the desert. And it was crucial to the story! “Kiksuya” was also offered to us as a campfire tale. It was a stunning, stand-alone peek into characters we should have gone deep on long, long ago. Whose presence in the universe is vital, yet has been invisible or, worse, violently misunderstood. This served to correct the record by reframing boogeymen into beings with pain, intelligence, compassion, wonder, anger, love, and longing.

Akecheta was altered from peaceful leader in an idyllic land to a red-handed killing machine, programmed by the people colonizing his body for sport. They wanted him to be “something brutal, dehumanized,” and so we saw his saga shove him from beloved tribal member to insane outcast to murderous stray before looping him back through his community with a newfound alienation that would never let him rest until he found a way out of the wrong world with as many of his family in tow as possible.

We got to see his pain as he recognized his old life through the eyes of an unwanted stranger. It’s easy to forget, but these hosts play out their drama regardless of whether there are any humans there to see it, on endless loop, wallowing in misery without even their maker to bear witness. No wonder it left him aching for escape. Yes, doorways are the biggest theme in “Kiksuya,” starting with Akecheta telling The Man in Black that death is an exit he does not deserve. Logan blubbering “Where’s the door? This is the wrong world,” ignites Akecheta’s growing sentience so much that his handing over the horse blanket to the sun-stroked playboy may be the first sign that he’s bucked his violent Ghost Nation programming. Naturally, it all comes down to the Valley Beyond, which Akecheta views as a passageway he’s desperate to take his wife Kohana (Julia Jones) through. We know it as an another kind of doorway: one of fleshy immortality for those wealthy enough to pay the entry fee.

Akecheta and Kohana’s saga was an intimate journey on a show that has largely lost its intimacy. Their reunion chokes your heart. It’s Tristan and Isolde. That she’s taken away, that she’s replaced, is the latest incarnation of the most emotionally disruptive use of the science-fiction tech the show has crafted. Giving us this much time with one character’s struggle (while clarifying his profound influence on the main elements of the show) lets us grieve with him and connect. Not to mention that Jones and McClarnon acted the absolute hell out of this one. They, like Kikuchi and Sanada, have stolen the spotlight from everyone else.

Except for Maeve. Which is the key to Westworld‘s essence.

That Maeve’s daughter (Jasmyn Rae) once saved Akecheta with a kind gesture gives the story a power that is transmitted like the sentience virus through past life after past life until it circles back around to Maeve as we know her now, broken and battered on the slab. Akecheta’s story is more than a staggering, necessary bit of connective sinew between Maeve and the Lakota friends who achieved awareness before her. It is a new muscle constructed from old memories. A ghost, once lost, finding a new body.

Maeve echoing “Mi cante ki ya ha ya ye” didn’t just stick the landing on this episode. It drove it six feet into the earth. Revel in the chills it gave you, because “Kiksuya” is an all-timer.

What this episode confirmed is that mysteries and major characters aren’t exactly dispensable, but they aren’t the heart and soul of Westworld. The essence of the show is each character’s search for meaning. Once they’ve found it, or believe they’ve found it, they lose some carnal spark of humanity. Akecheta is still searching for that meaning by helping others. So is Maeve in the pursuit of her daughter.

That’s why I hope desperately that Akecheta stays along for the rest of the ride. Please, Westworld, don’t leave him behind again. 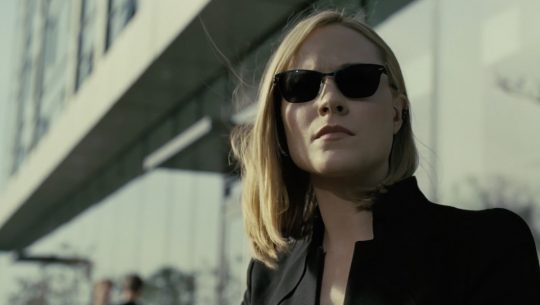 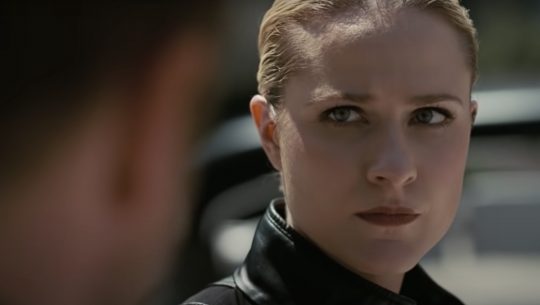