WESTWORLD Could Have Had Its Red Wedding, but Stopped Short - Nerdist

WESTWORLD Could Have Had Its Red Wedding, but Stopped Short

The train’s leaving the station, and there are spoilers through Westworld season 2, episode 6 in this article.

“Les Écorchés” might have been one for the ages. The kind of episode talked about in the same breath as the Red Wedding. Westworld walked right up to the precipice, guns blazing, but wouldn’t make the leap. What’s worse, they may have ruined any jumps they want to take in the future.

After trudging through the dusty waste of The Man in Black’s ( Ed Harris) addled mind for almost two seasons we were one trigger pull away from a death that would have been both shocking and poetic. It was perfect. Right in the sweet spot where we could have argued forever whether the show had done him dirty or given him exactly the send-off he deserved. But what it proved instead is that there’s a preciousness to The Man in Black that ensures his survival.During the gunfight, he shouts, “You and I both know this isn’t how Ford wanted me to die,” and he was right. Maybe. Ford ( Anthony Hopkins) hasn’t really been on the scene of The Man in Black’s game since he took over Lawrence’s daughter’s body to tell him to look to the past–something that MIB has failed at spectacularly. So who knows what Ford really wants for MIB. Or if he cares. Maybe he washed his hands of the whole thing once it was set in motion. Maybe he would have been disappointed if Lawrence (Clifton Collins Jr.) and Maeve ( Thandie Newton) had gunned down The Man in Black. But Old William might as well have yelled that this isn’t how the audience wanted him to die. And that’s where he’d be wrong.

I didn’t know I wanted that until I saw it, but now that I have, I wish so, so much that they had let Lawrence put that final bullet between The Man in Black’s arched eyebrows. What we got was the worst of both worlds. A denied climax where the showrunners wanted to have their bloodbath and main characters, too. Didn’t anyone tell them that violence has consequences in Westworld now?

After his impossible survival, I worry that he’ll either live beyond this season or, worse, that we will get a death that echoes this moment, which can only remind us of how close he came to dying earlier. A nanosecond’s lack of commitment that downgraded the episode from instant classic to merely better-than-good.

His suffering and ours needs to count for something, and so far his storyline this season has felt like watching someone play a video game without being told the objective. He abandoned his daughter to continue the game, but he is the only one who gleans its personal meaning, and without that investment, what he finds at the end of his travels has gotta be a real barn-burner to excuse the fake-out we just experienced. 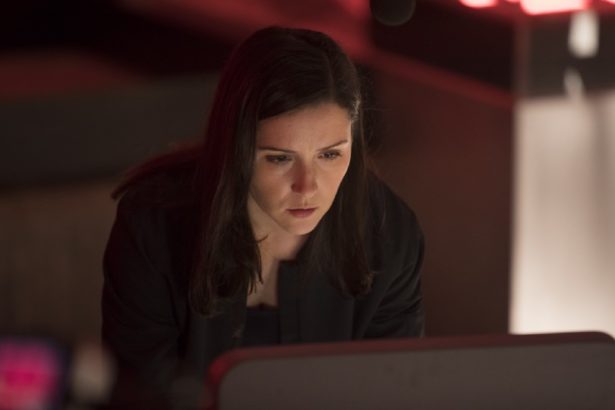 And they almost killed Maeve, too? That would have been an episode for the ages. Yes, it would have been literally tragic to see her go out like that, but you’d at least have had to admire the guts it took to stick that landing. For all her power and freedom, she keeps redefining herself solely within the confines of the park. She keeps bouncing from entry to entry on a short list approved by her makers. Always orbiting around “Mother.” That obsession is the spice of a Greek drama that almost left her permanently face down in the dirt.

But instead it looks like her suffering will be in service of Lee Sizemore’s (Simon Quarterman) growing usefulness and bravery.

We’re saying goodbye to sensuous suicide bomber Angela (Talulah Riley) and avenging angel Clementine (Angela Sarafyan). They’re tough losses, but they were given henchwoman’s work to do this season, and the tease of killing off not one but two main characters diminishes these side characters’ sacrifices. From the first episode of this season, Film School Rejects’ Rob Hunter thought that Bernard had someone riding shotgun in the passenger seat of his mind, and he was right. Ford is still manipulating the park and still manipulating Bernard.

These two revelations demand explanation because they seem to go against Ford’s ultimate sacrifice at the end of the first season. This isn’t a simple case of a character showing more layers or changing. Ford was willing to die to bring sentience to his creations. Regardless of the continually ping-ponging villain status we endured last season, he ended up about where Arnold was in his philosophy toward the hosts. Now he’s betraying that by reinserting himself into the narrative? Or, really, that he’s never really left?

Is it possible that Ford had Bernard make a control unit and send it to The Cradle before Ford underwent the journey to rethinking the hosts? Is this effectively an older version of Ford wreaking havoc now that the enlightened one is worm food? Would Ford not have planned to avoid that, or is this by design and we just can’t understand why he’d commit suicide by robot and stay on as puppet master? Meanwhile, Dolores (Evan Rachel Wood) has lived long enough to see herself become the villain. She’s broken SWAT Team Teddy (James Marsden), controlling him in the name of freedom, and now she’s killed her own father to free herself.

The crazy thing is that she’s right. Like everything else in the park, kinship was another set of chains designed by the jailers. That isn’t her father. He is, however, a brother of sorts. A fellow member of robotkind. Yet she doesn’t seem him as a person (irony alert!) but as a symbol of her struggle, a hurdle in the way of her enlightenment, an object to cast aside to prove she’s evolved. She and Hale are more alike than they’d feel comfortable admitting.

Last week the show hinted at becoming larger than itself (a train headed out of the park, a new chapter for Maeve with the old one closing, a greater promise for Bernard when he met Ford), but this week saw Westworld fold back in on itself. Relying on old narratives, sticking to old friends, and failing to commit to a shock wave that would have freed it to explore more territory. Don’t cue “The Rains of Castamere” quite yet. 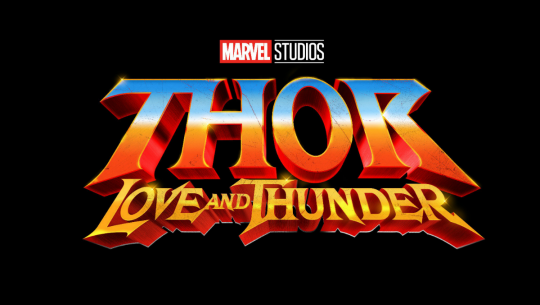 Marvel
Everything We Know About THOR: LOVE AND THUNDER
Nerdist
4 MIN READ