Enjoy a Gorgeous WEATHERING WITH YOU Exclusive Clip - Nerdist

Enjoy a Gorgeous WEATHERING WITH YOU Exclusive Clip

Makoto Shinkai and producer Genki Kawamura’s trippy anime love story Your Name was nothing less than an international smash when it hit in 2017. Whilst the J.J. Abrams helmed live action adaptation is in the works, the creative team behind the bittersweet and beautiful hit are back with a new flick, Weathering With You and we have an exclusive clip right here!

You can learn a little bit more about the gorgeous climate change inspired movie in the official description.

“GKIDS proudly presents the highly-anticipated new film from director Makoto Shinkai and producer Genki Kawamura, the creative team behind the critically-acclaimed, global smash hit Your Name. The summer of his high school freshman year, Hodaka runs away from his remote island home to Tokyo, and quickly finds himself pushed to his financial and personal limits. The weather is unusually gloomy and rainy every day, as if to suggest his future. He lives his days in isolation, but finally finds work as a writer for a mysterious occult magazine. Then one day, Hodaka meets Hina on a busy street corner. This bright and strong-willed girl possesses a strange and wonderful ability: the power to stop the rain and clear the sky…”

Our clip showcases the astonishing animation and gives us a little more insight into the day to day life of Hodaka as he embarks on his strange new life as an occult magazine writer. It’s just as magical as it sounds and we cannot wait to catch the film when it finally hits screens on January 17th (after a two day fan preview on the 15&16th.) 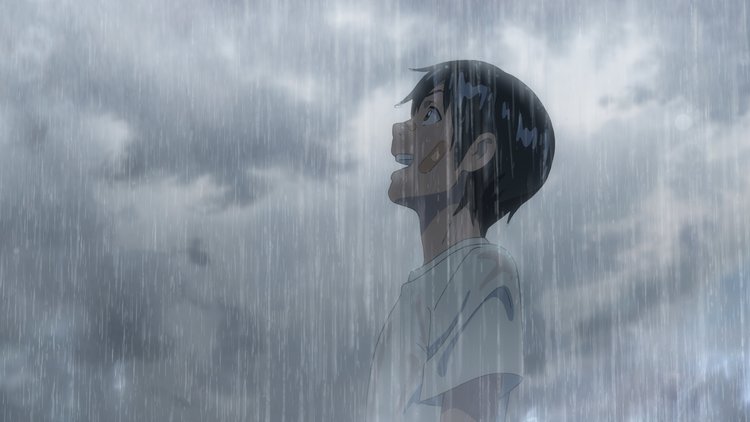 Maverick director Shinkai opened up about his creative process, his intricate thoughts on the weather, and why Weathering With You was the story he had to tell after the huge success of Your Name.

Anyone can relate to the weather. Most people would think about and mention the weather at least once a day. Weather is not only a vast, global cyclical phenomenon but also a personal event for humans. The weather of the day could change your mood and actions. I thought it would be interesting as a theme for an animated film.”

Are you excited for the chance to see another gorgeous anime film on the big screen? It’s one of our most anticipated films of the year. After Your Name we’ll be counting down the minutes til we can watch the team’s newest contemporary fairy tale. If you haven’t seen Your Name or just want to check it out again in the mean time you can currently rent it on Amazon, Youtube, Google, and Vudu for only $2.99!