This weekend, the world will finally get a chance to dive into Lindelof’s Watchmen series, with the popular story by Alan Moore and Dave Gibbons reimagined to fit present day themes and characters. That the show doesn’t necessarily involve a panel-by-panel recreation or even every character from the comic doesn’t mean it completely ignores its roots — far from it. Starting with the pilot, it’s abundantly clear that the original story is very much alive, the events of Moore and Gibbons’ graphic novel thread through the series in an interesting way: everything that happened in Watchmen is canon; this present day alternative world devoid of things like cell phones and plastic water bottles is built on the multitude of threads left up for grabs at the end of the graphic novel.

“I think that in many ways, the world is the same as the way it was in the mid ’80s,” Lindelof told Nerdist during a recent interview. “Still kind of a scary place to live, very divided and opinionated, and we’re all sort of just struggling to make our way through. We’re all tribal in our existence and we’re concerned about authority…and the central idea of ‘who watches the Watchmen’ is just as pervasive now as it was 30 years ago or 30 years before that or 100 years before that.”

Still, the Herculean task of translating one of the most iconic graphic novels to a new medium⁠—especially one that has already been given the film treatment via a 2009 feature by Zack Snyder⁠—is something that the Leftovers and Lost creator knew he couldn’t undertake unless he felt absolutely confident that it would be worth the effort. 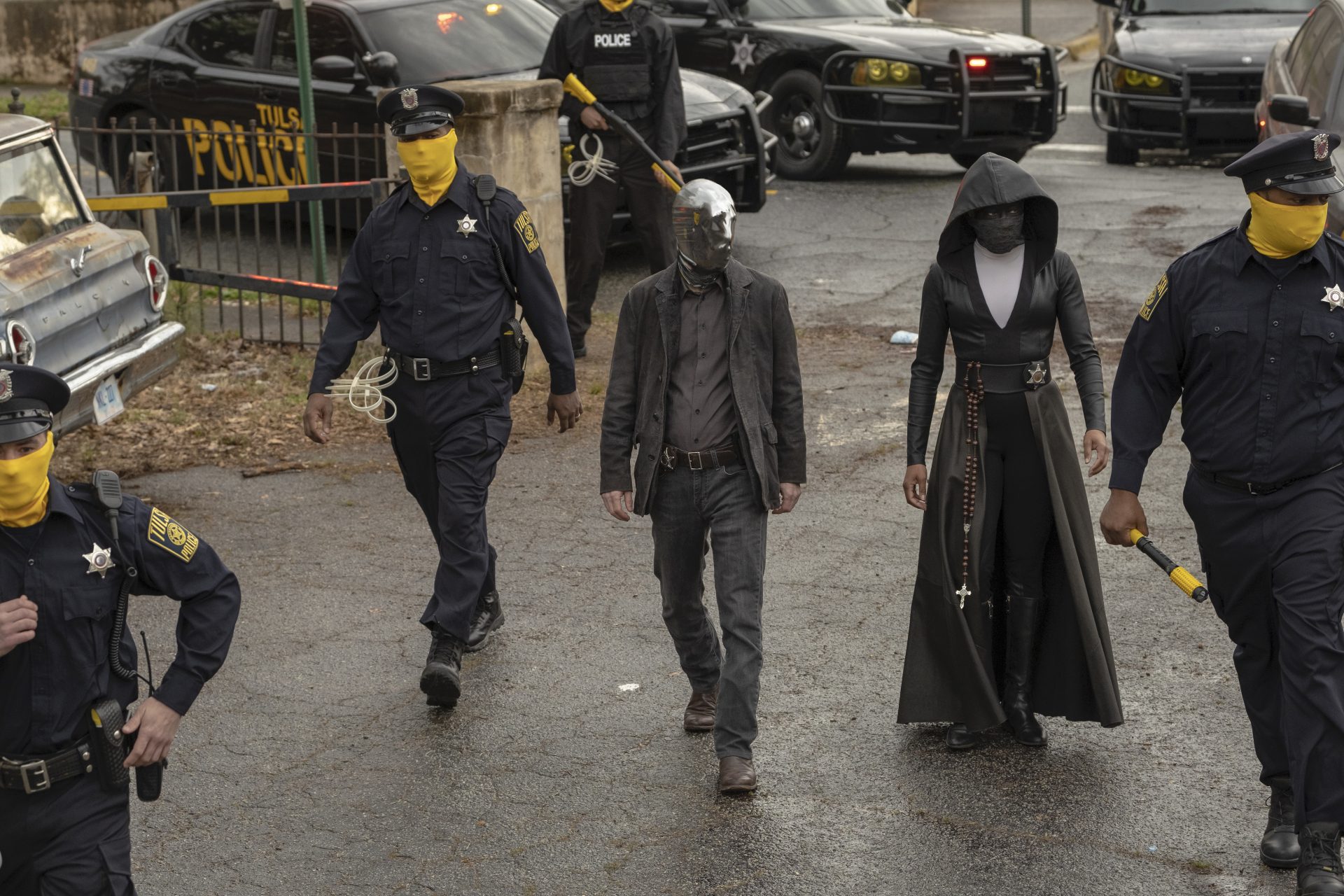 “For me, as a television viewer, the thing I get most excited about when I see TV is if I don’t know what’s going to happen,” explained Lindelof. “So if it’s basically like, if I know episode two is just going to be issue two and episode three and going to be issue three…how is that an exciting television show to watch? That was a lot of the thinking.”

Lindelof continued, “But most of all, I felt like the biggest challenge I’d potentially be facing is: the reason we’re still talking about Watchmen 30 years later is not because we just made a TV show called Watchmen. It’s because it’s brilliant and because it was original. And whether this is a sequel or a remix or whatever people want to call it, it is certainly in continuity with the original Watchmen. But I felt like to do something original, that was the mandate. That was what Alan Moore did. That’s what Dave Gibbons did. It was based on an existing IP, but they did something that hadn’t been done before, and I wanted to start there.”

“Starting there” meant throwing viewers directly into the action. The series premiere begins with a flashback to the Tulsa Race Massacre of 1921, a moment in American history that’s not very well known. Bringing it to the attention of a television audience is not the sole reason Lindelof decided to include it in the story; while the bigger explanation is a spoiler⁠—Lindelof teases that “Tulsa is really the beginning, middle, and end of our story”⁠—the inclusion of real historical moments in the graphic novel, such as the Vietnam War, was something that the creator wanted to keep at the forefront.

“In 2019, I think there are much more prevalent ideas culturally, politically, and sociopolitically that are worth examining through the lens of ‘comic book storytelling,’ and chief among them for me was racial dynamics in the United States,” said Lindelof. “I feel like almost everything, the most intense challenges that are faced in our country, are all based around the question of race and discussing our country’s problematic history with race. And I felt like Watchmen was a very worthy vessel for making an exploration.” 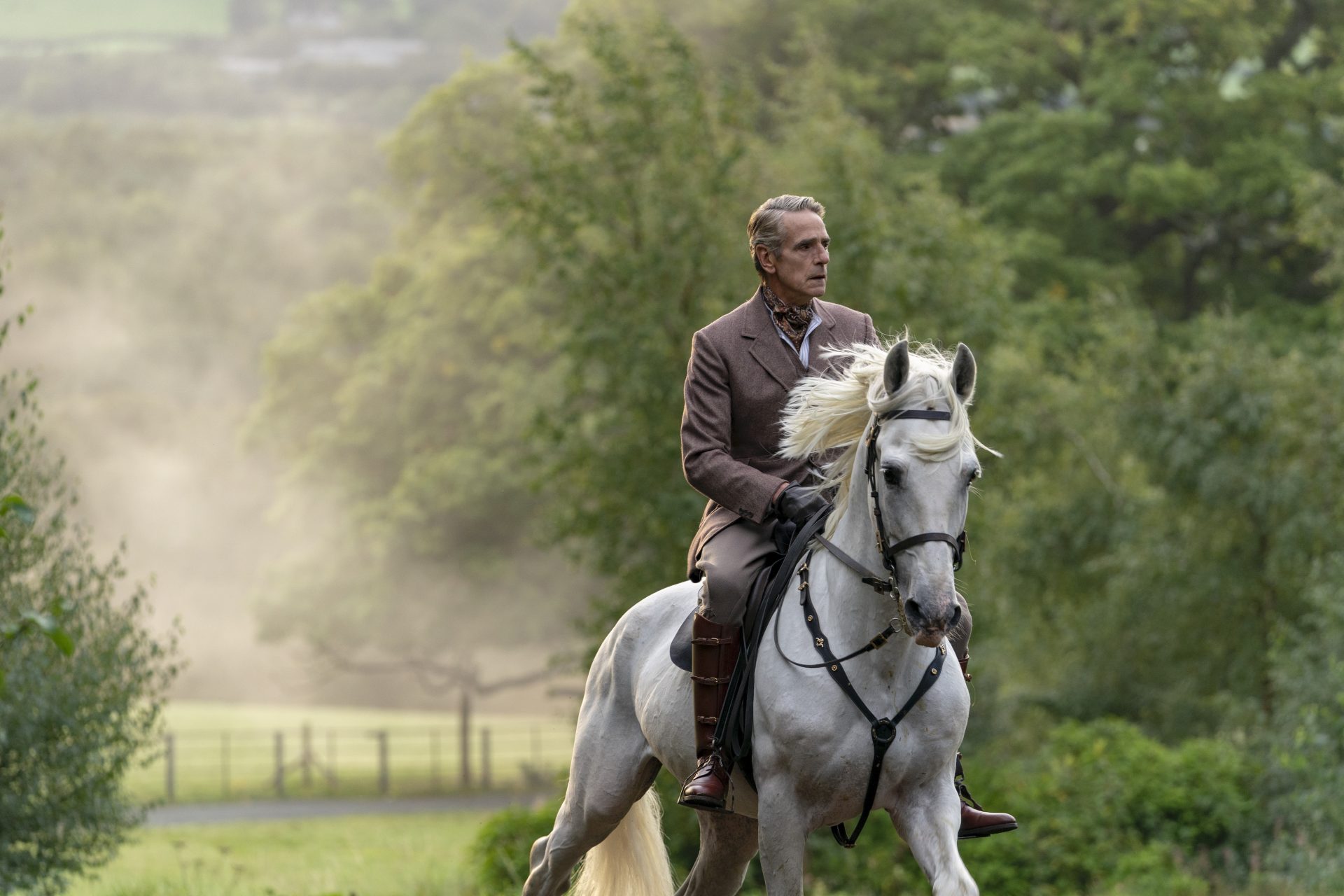 With something like Watchmen, where its audience ranges from devoted, lifelong fans to those who might not have ever picked up a graphic novel, it’s easy to wonder if the pressure to please diehards without alienating new viewers loomed almost as large as Doctor Manhattan himself. According to Lindelof, navigating that balance was all about understanding and trust.

“I think that it was really important for us to create an on ramp to Watchmen where both neophytes who didn’t really have any familiarity with the original and people who had a chapter-in-verse knowledge of the original Watchmen were united in saying, what the f**k is this? At least, the idea that neophytes would turn to someone who knew a lot about Watchmen and say, ‘What’s going on here? And they’d say ‘I don’t know.’ That’s phase one, that’s the on ramp,” he revealed.

“But I think once you get into the middle of the season, there are much more direct references back to the original source material. And I hope by then, the neophytes have gotten an opportunity to familiarize themselves with the source material, because I didn’t want Watchmen to be a required reading for the series. But my hope is that if they like the first three or four episodes, they will go back to the old testament and familiarize themselves, and that will ready them for the middle and endgame of the season.”