The biggestÂ toy craze to hit the marketÂ lately isÂ the fidget spinner. Designed as a tool to help kids with concentration, it’s finally turned into that “thing every kid has to have that confuses and drives adults nuts.” But it gets worse. What you may not know about what seems like a simple toy is its destructive capabilities. This video from GizmoSlip is here to educate you.

Using a clamp so they don’t destroy their fingers, the GizmoSlip team uses compressed air (the stuff you use to clean your keyboard) to rev the custom-made spinner to upwards of 1000 rpm. Once the little guyÂ hits its stride, they test its strength against the new Samsung Galaxy S8. 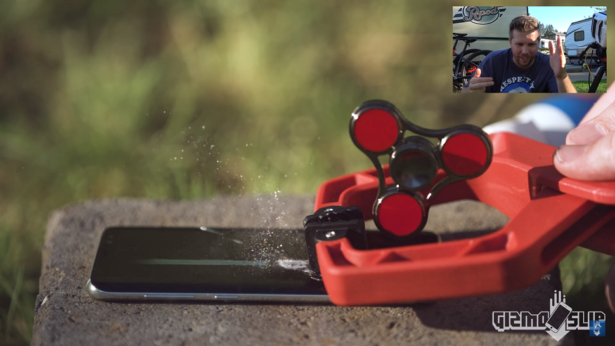 Once the spinner hits the screen, the point of impact shatters and you can see the glass go flying. You can also see the LCD screen error make its way down the screen. GizmoSlip filmed this at 18,500 fps, so you can get a real detailed look at the destruction the spinner can cause. If you are really paying attention, you can also see how having the clamp was a VERY good idea, as the spinner missed crushing a thumb by millimeters. That would have made the video go off in a completely different direction. 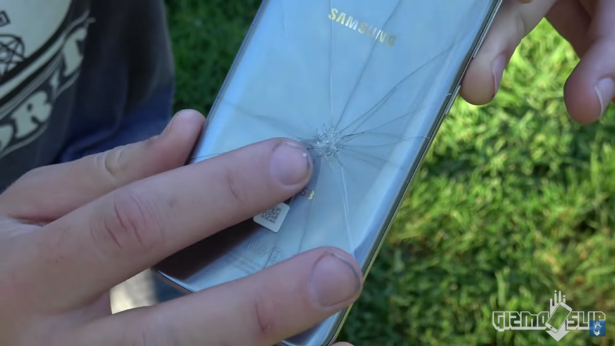 The impact was so great that it not only broke the screen, but the force caused the back of the phone to break as well. I can’t wait until I have the resources to buy the new Samsung just so I can destroy it.You can check out more videos from GizmoSlip on their YouTube channel here.So what do you think? Are you going to try and hone your skills and become a fidget spinner ninja? What expensive electronic appliance do you think has a chance against the champ? Let me know on Twitter or sound off in the comments below.

Could a lightsaber cut through Wolverine’s claws?