It’s been over a year since Games Workshop introduced us to Warhammer Underworlds: Shadespire. If you’re one of our regular readers, you’ve probably noticed that we haven’t stopped playing it and raving about it since we got our grubby hands on it. I’ve torn into every expansion as they’ve arrived and it’s even revitalized my painting hobby.

Just a few weeks ago the last two expansions were released. Magore’s Fiends are a bloodthirsty band of Khorne worshipers featuring a leader who has a mouth in his stomach (yes he can bite with it) and Riptooth, a flesh hound who can dart across the board and tear into your enemies. The Farstriders are another band of Stormcast Eternals, this time sporting boltstorm pistols that can bury you under a barrage of ranged fire.

The Shadespire core set includes a band of Khorne worshiping Bloodreavers. They’re pretty violent (though squishy). I also thought they were pretty brutal and bloody, given that they inspire when multiple fighters die even if those fighters are on their team. Enter Magore and his crew. These are the heavily armored version of the Bloodreavers and what they give up in speed they gain in brutality. Magore’s axe is actually made of teeth and – once upgraded – his stomach is its own weapon that heals you when you attack with it. It’s pretty great. It isn’t just Magore however. His fellow fighters have the aptly named Gorefists that provide a free attack when an opponent fails to attack successfully.

That said, the real star of this expansion is Riptooth. This half-demon half-dog creature can bound across the map and rip into anyone who stands in his way. He’s also got some fun upgrades that allow you to leverage that combat prowess tactically. I’m a fan of Shake About. A successful attack normally allows you to push an enemy 1-hex away from you. It’s useful for avoiding counter attacks and other tactical considerations, but Riptooth’s special upgrade lets him toss an enemy in any direction. This is useful for setting up follow attacks with the other Fiends. It’s also hard to understand just how fast this perilous pup is. This expansion is great for anyone who wants to put aggressive pressure on their opponent for the whole game. 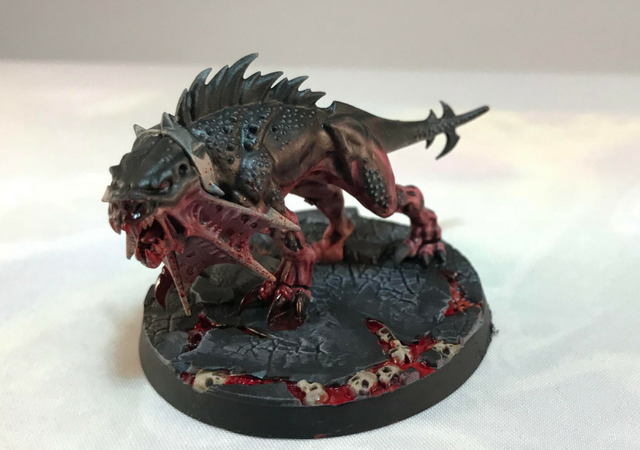 If getting up close and personal isn’t your style, then you need to check out the Farstriders. Clad in resplendent gold armor, these Stormcast come bearing ranged weapons known as Boltstorm Pistols. A few of the other clans have access to distance attacks, but nothing compares to these three. Each of them has a range-3 pistol and their captain, Sanson Farstrider, also has a trusty Aetherwing by his side. Once inspired, his aquiline pet boasts the longest range in the game with the ability to deal bonus damage on a critical hit. Tooled up, this warband can dish out a punishing amount of damage without ever getting near the more brutish opponents. 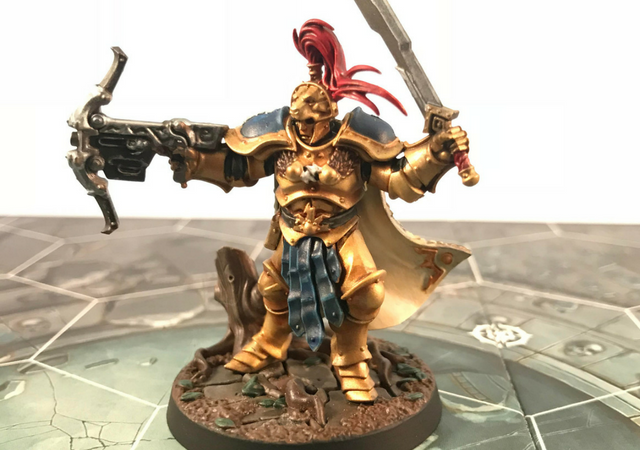 It isn’t all aggression with these three however. Their range allows them to sit back on objectives and defend themselves, pushing enemies out of charge range or knocking them off of objectives from afar. Not having to get close to deal damage means they can save their limited move actions for getting where they want to be without sacrificing the ability to take out enemy fighters. For my playstyle, they’re the most unique of all the warbands and I’m loving dancing them around the table.

We’ve known since the release of Warhammer Underworlds: Shadespire that there would be at least 8 warbands. This paired release seems to bring the game’s collection to a conclusion. All the warbands teased in the rulebook have arrived, and – based on card numbering – have all the cards in the set. And yet…GW has teased cards from something upcoming. We don’t have many details. It could be more warbands, a new core set, or even a whole new game set in another part of the Age of Sigmar universe. We’re certainly looking forward to hearing more.

However, for now, we’re perfectly content to keep fighting over this city of glass and bone. Shadespire remains the stellar game of tactical supremacy promised at release. Each warband has multiple styles of play and has seen success at high-level tournaments, and they’ve all carved out their own identity. Some love the Skaven for their sneaky ability to appear all over the board and control objectives. Others love to load their leader up and stab people to death. Many players have built decks creative in the ways they attempt to wipe their opponents out, while some are content to play defensively and dominate objectives. With one exception (already fixed via FAQ), strategies are as varied as the players conceiving them and balanced to boot. That is not always the case with competitive games. 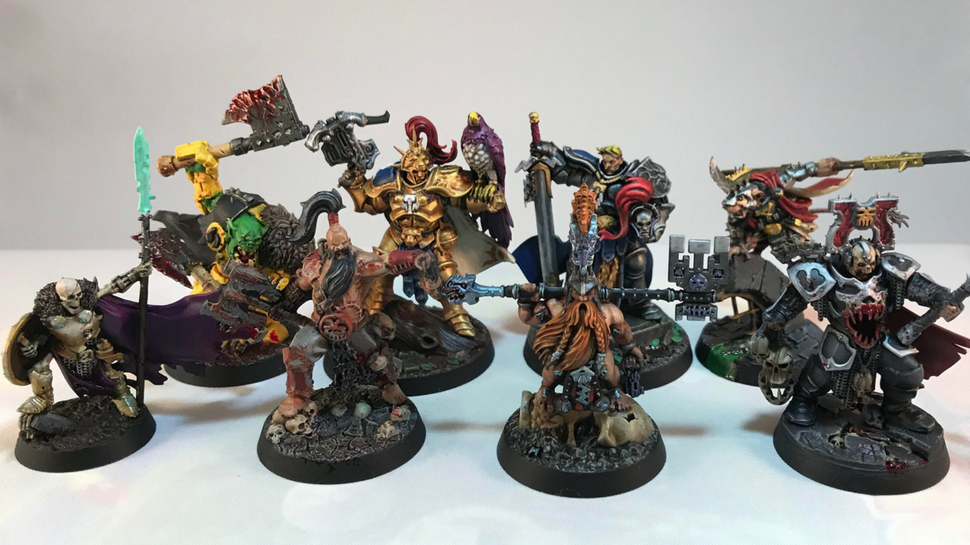 Games Workshop has got quite the gem on their hands with this game. The 12-action system packs tension into every decision, and the ploy deck rewards clever fighters for decisions made before the game starts. Contrary to what many expect out of dice-based combat, most games feel determined by player skill and not random chance. Sure, there are the times your opponent rolls 4 crits (like what happened to me this weekend), but far more often are the times you sit back and smile at a plan well-executed, or congratulate an opponent on a game well played.

I’m looking forward to hearing what comes next, but not too far forward. My battles in the Mirrored City have not come to an end quite yet.