I know I’m not the only one who is excited about the most recent Horus Heresy box set release from Games Workshop. Figuring out which chapter I was going to paint up my MK IV Space Marines made me muse about the D&D alignment of each of the 18 Legions (since 2 of the 20 were expunged by the Space Wolves) and their respective Primarchs.

Here’s where I figure they’d fall: 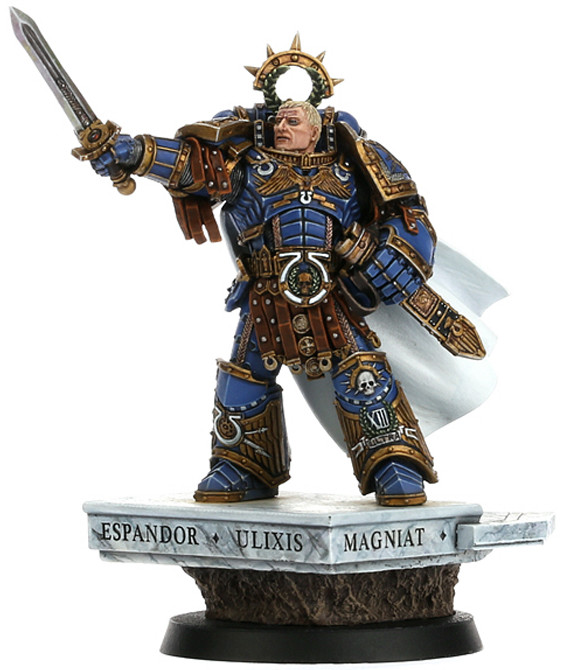 Let’s start with the easy one: Robute Guilliman and the Ultramarines are obviously lawful good. He’s the boy scout of the Primarchs, the bureaucrat of his brothers, and his greatest superpower as a demi god is his ability to administrate. Similarly, Dorn and his Imperial Fists also fall under the lawful good banner; Dorn defended Terra and was unwaivering in his loyalty and duty to the Emperor.

Vulkan certainly lives, and he lives by the precepts of the lawful good. While he inherited his father’s immortality, he is the most connected to the mere mortals that populate the worlds of the Imperium, branding himself in penance when humans would die in the pursuit of the cause of unifying the Imperium of Man.

Leman Russ may seem misplaced in this category, but he and his Space Wolves are truly lawful good. While they disguise themselves as wild wolves, they most closely resemble a loyal dog, coming to heel when called at the Emperor’s side. 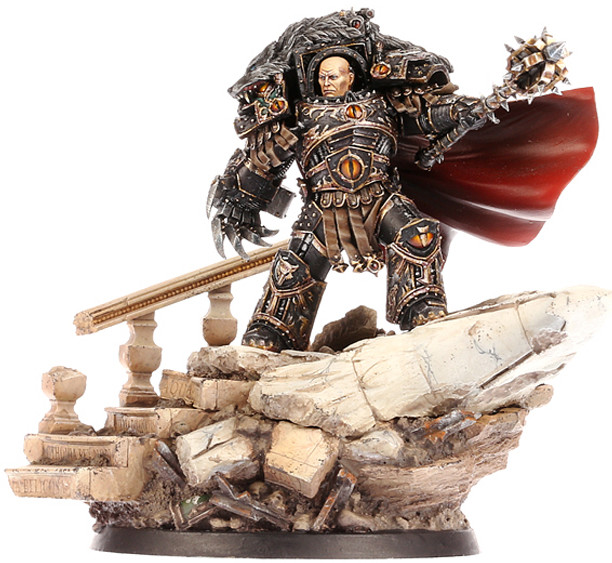 There’s really only two Primarchs who fall comfortably in this category: Horus and Conrad Curze. Horus’ desired power to create an order of his own design, despite deriving (read: wrestling) the power from the Chaos Gods.

The Nighthaunter is a somewhat different story. Let’s not fool ourselves: he’s evil–willing to kill innocents without a second thought to his own ends. With that said, his ends are ultimately an orderly society. Nostramo was a sesspool of corruption and crime, and it was the Nighthaunter, using weaponized terror, who cleaned it up. Make no mistake: for both Horus and Conrad Curze, their ends always include an orderly outcome.

I’ll throw in a couple primarchs into the lawful evil category as well: Angron and Lorgar. Angron, fighting in slave gladiator pits until he is recovered by the Emperor is obviously not a fan of the establishment, and is the first primarch to ascend to demonhood, proving his inclination towards evil. With that said, he is pledged to Khorne, the Blood God, his is the path of blood. While he follows a Choas God, he’s lawful in the sense that he has a code: Blood for the Blood God.

Lorgar is an adherent to the Chaos Gods (though undivided). His path is that of religious zeal. He lives his own code: one of worship and service to greater powers than he. He cares not whom he serves, just that he does, which is why he turned away from the Emperor to the Gods of Chaos.

CHAOTIC BOTH WITH AND WITHOUT THE CHAOS GODS 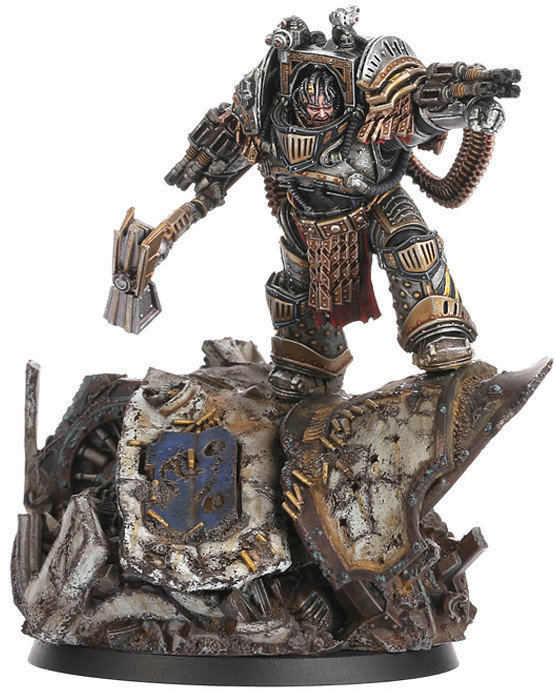 The Lord of Iron is chaotic neutral. Perturabo is out for himself, ultimately, turning his back to the Emperor not because he has a moral inclination one way or another, but because he felt personally slighted by his father. Corax is also chaotic neutral, having been raised as a freedom fighter and being willing to employ less than honorable tactics, but choosing his loyalty based only on a personal vendetta. His loyalty to the Emperor is less about moral imperative than it is about avenging the death of most of his legion at the hands of Horus.

Jaghatai Khan is the only chaotic good primarch. Jaghatai is loyal not only to the Emperor, but the Imperium of Man, serving in the most unpredictable ways. He doesn’t play by the rules but he can be counted on to show up.

WHAT MAKES A MAN GO NEUTRAL? 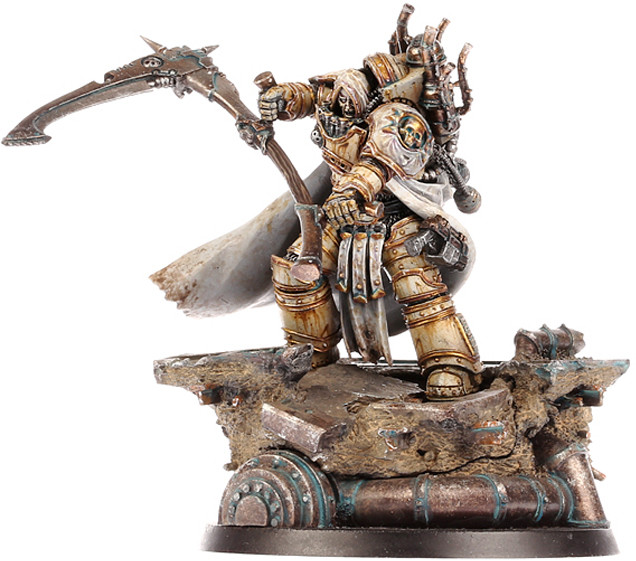 It should be no surprise that many of the primarchs sit in the neutral spectrum, one way or another.

In camp neutral-good, you’ll find Ferrus Manus, Magnus the Red and Sanguinius. All of them are loyal to the Emperor in their own way, though they may ignore or resent specific elements of what that loyalty means.

For example, for Ferrus, it means laying siege to fortresses for the sake of unification, in spite of the want to destroy something beautiful. For Magnus, it means wanting to serve the Emperor but not wanting to give up the phenomenal psychic gifts he and his legion have. Sanguinius died for the Emperor, but while he lived, he hid the thirst for blood his Legion had, killing his sons who showed the black rage.

Alpharius/Omegon is also neutral-good. Their methods are not aligned, but their intentions are shaped by what they believe is for the good of universe, having accessed a vision of the future based on the outcome of the Horus Heresy (where the outcome is actually better for the universe if Horus were to win).

Lion’El Johnson is true neutral. Legions are representations of their primarchs, and the Dark Angels were truly split when it came to the heresy. They may be labelled as loyal in the aftermath, but it’s hard to argue they weren’t walking the line on both sides in the midst.

Mortarion is neutral-evil; he’s not aligned based on morality. Ultimately he thought he could overthrow Horus after the dust settled, and that was what decided his loyalty. 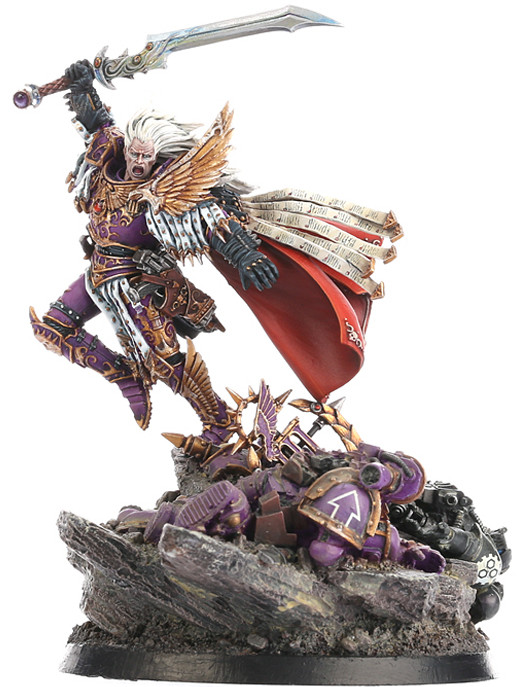 Fulgrim’s character development is such that he seems to occupy the spectrum of alignments. He starts as a lawful good primarch; so loyal and good his legion can use the Emperor’s name (they are the Emperor’s Children). By the end of his slide, he’s slain his brothers, descends into chaos and ascends into demonhood.

What do you think? Do you agree with how we see the Primarch’s alignments? Let us know in comments!