How the YA Comics Boom Shaped THE WALKING DEAD: WORLD BEYOND - Nerdist

How the YA Comics Boom Shaped THE WALKING DEAD: WORLD BEYOND

Spoilers ahead for The Walking Dead: World Beyond episode 1

For years, The Walking Dead was one of the biggest comic books on Earth. The 175th issue outsold every Marvel comic the month it was released; its 31st volume topped bestseller lists, which is nigh unheard of. Ten seasons after the hit AMC adaptation first aired and changed horror television forever, a new spinoff reflects the current comic book landscape in the same way that the original did. But The Walking Dead: World Beyond isn’t shaped by the Image series of the same name, or even a related spinoff title. Instead, it’s shaped by the current trend of complex, inclusive, and interesting young adult comics.

The story of two young women of color coming of age during the zombie apocalypse sounds like it could be the log line for a bestselling YA graphic novel. But here it’s the setup for a whole new exploration of the world that The Walking Dead survivors live in. Gone are the ruined urban cities and the straggling dead wandering through their streets. Instead, this story is about the lucky few who have been raised in a secure walled complex called Campus Colony that, once inside, does a good job of approximating what many would imagine as the American Dream. 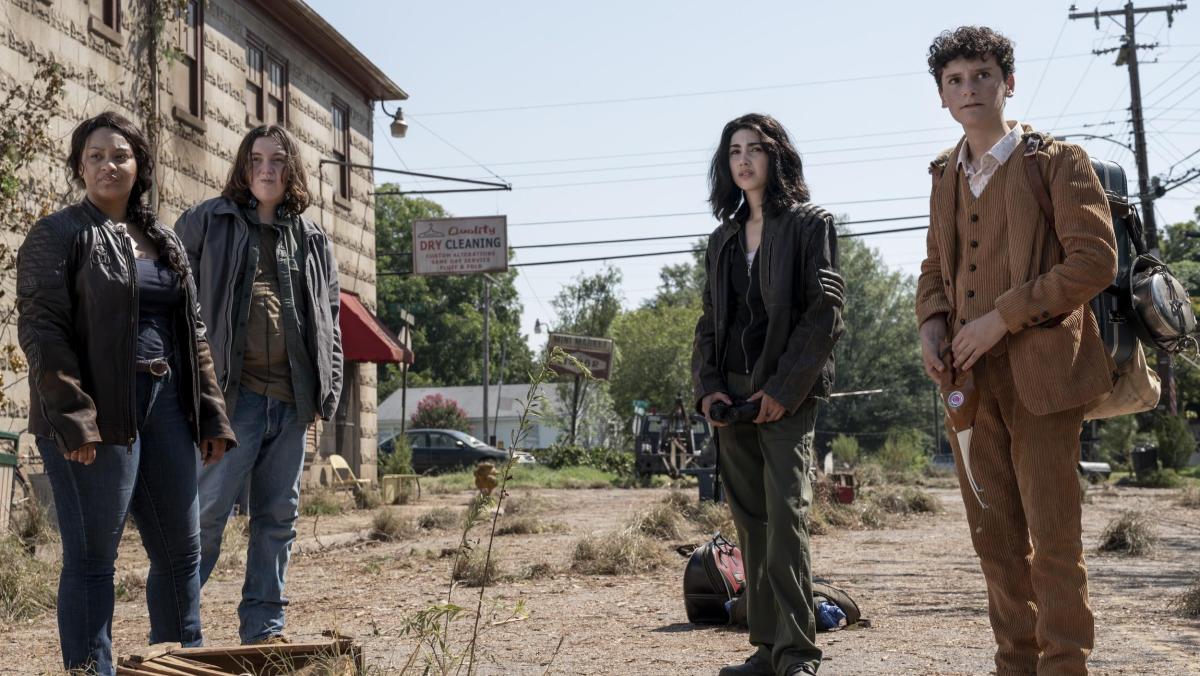 Where The Walking Dead took from the pages of Robert Kirkman, Charlie Adlard, and Tony Moore’s best selling comic, World Beyond feels like it’s learning from the pages of young adult and middle grade comics everywhere. The journey of self-discovery and adventure that Hope and Iris go on feels straight out of the pages of Nilah Magruder’s beautiful comic M.F.K. The webcomic-turned-book tells the story of a young girl driven on an epic journey by an ultimately personal quest to spread her mother’s ashes. Our young heroes in World Beyond don’t have the fear or horror driving them that Rick Grimes did in the original, as he awoke in a world devastated by zombies. Instead familial love inspires these young women and they wish to save their father no matter what.

Directed by Magnus Martens (Fear the Walking Dead), the pilot of World Beyond focuses on the first generation of children raised since the zombie-plague began. Raised in the safety of Omaha, Nebraska, Iris (Aliyah Royale) and Hope (Alexa Mansour) have to venture outside into the “world beyond” to save their missing father. The Walking Dead fans can break down all the deep-dive Easter eggs in the show. But, what strikes me is the thoughtfulness and patience of the storytelling, the wonderful young cast, and the clear influence of the new generation of sequential storytelling. These comics center character arcs as much as action, diverse body types in age-appropriate fashion over sexualized spandex, and a softer look at genre that focuses on emotions and personal journeys before grotesque gore. 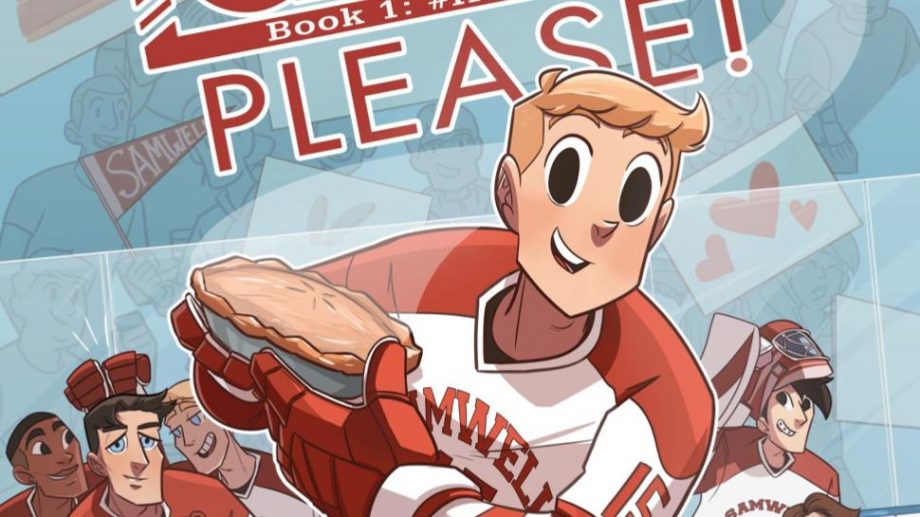 Although the pilot ends with the girls and their two friends heading out into world, it begins by focusing on the everyday realities of their lives. It basically works as a slice of life story with a few added zombies. That subgenre is particularly popular among young readers, in both manga and western comics. Ngozi Ukazu’s Check, Please! is a great example of the power of slice of life, with a sprinkle of sports and romance too. The pilot does its best to replicate that kind of storytelling with space given to show us how the kids at the center of the story experience school. There are teachers, rebellion, crafting, and even an unconventional physical education class where Hope learns how to fight a zombie and talk about her feelings.

Hope and Iris’s journey of self-discovery and reevaluating the world they’ve grown up with is another classic YA comic book arc. Questioning authority and the adults around you is a key part of becoming a young adult and in story’s like Sloane Leong’s A Map to the Sun and Ryan Andrews’ This is Our Pact, personal quests and questions drive forward the young protagonists. The World Beyond’s leads echo this as they venture out of the safe space they called home on an adventure that will change everything. Not only do they begin to challenge the structure they were raised in but also the people who have claimed to protect them. Both Hope and Iris facedown figures of authority in their life with bravery and honesty in this episode, which in turn leads to them surviving another day and continuing their quest outside the walls of their compound. 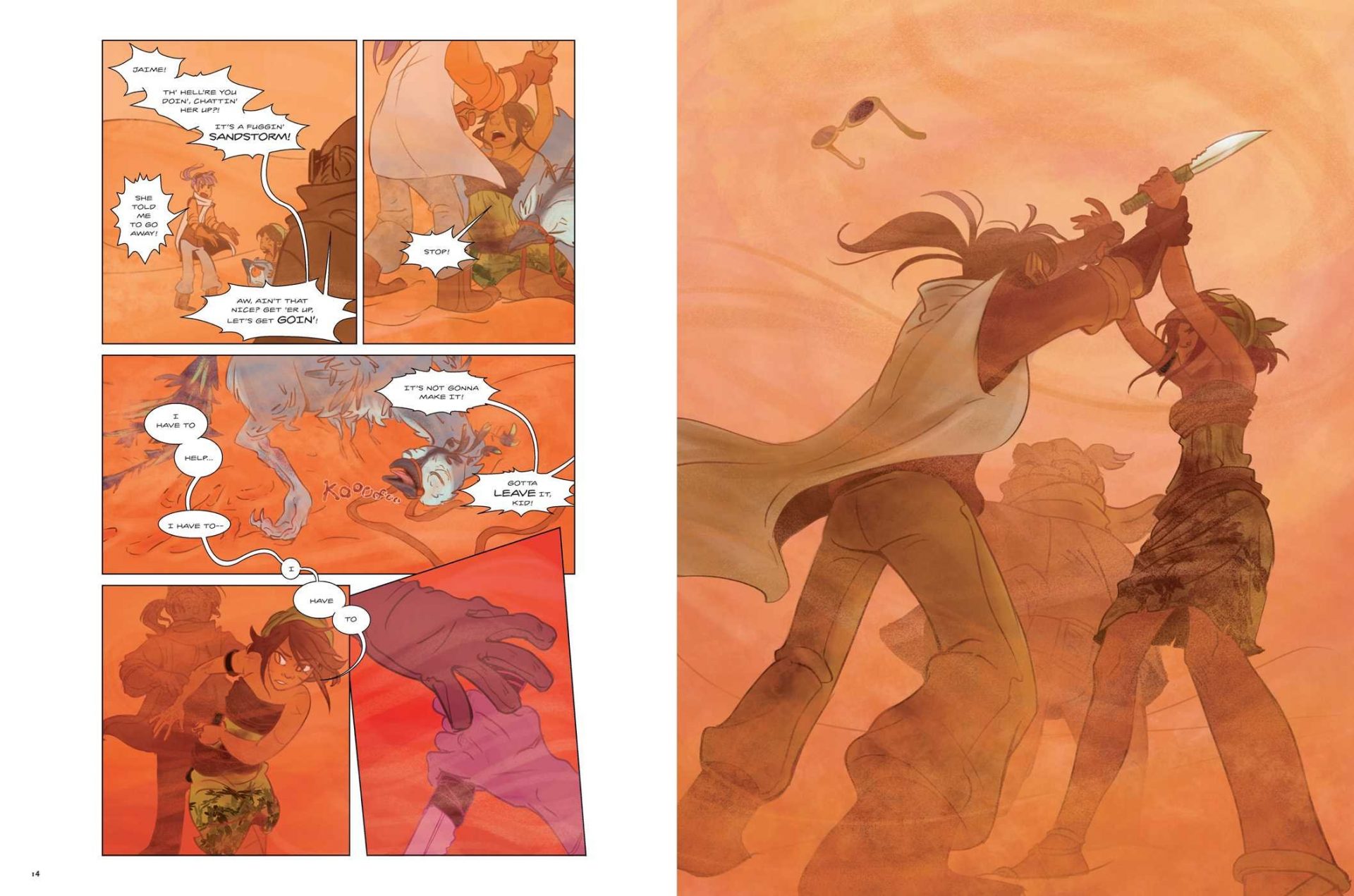 There’s a difference between the representation of youth seen in World Beyond and that seen in, say, Riverdale or 13 Reasons Why. This isn’t youth for adult consumption but instead trying to center young people in a story about them and for them. Aliyah Royale is the rare TV teen that feels like someone you could actually know, and that’s not to take away from the power of her performance. Iris’s authenticity is something that Royale crafts alongside the creative team who give the girls the time to breathe, laugh, and in one of the episode’s most powerful moments to grieve. 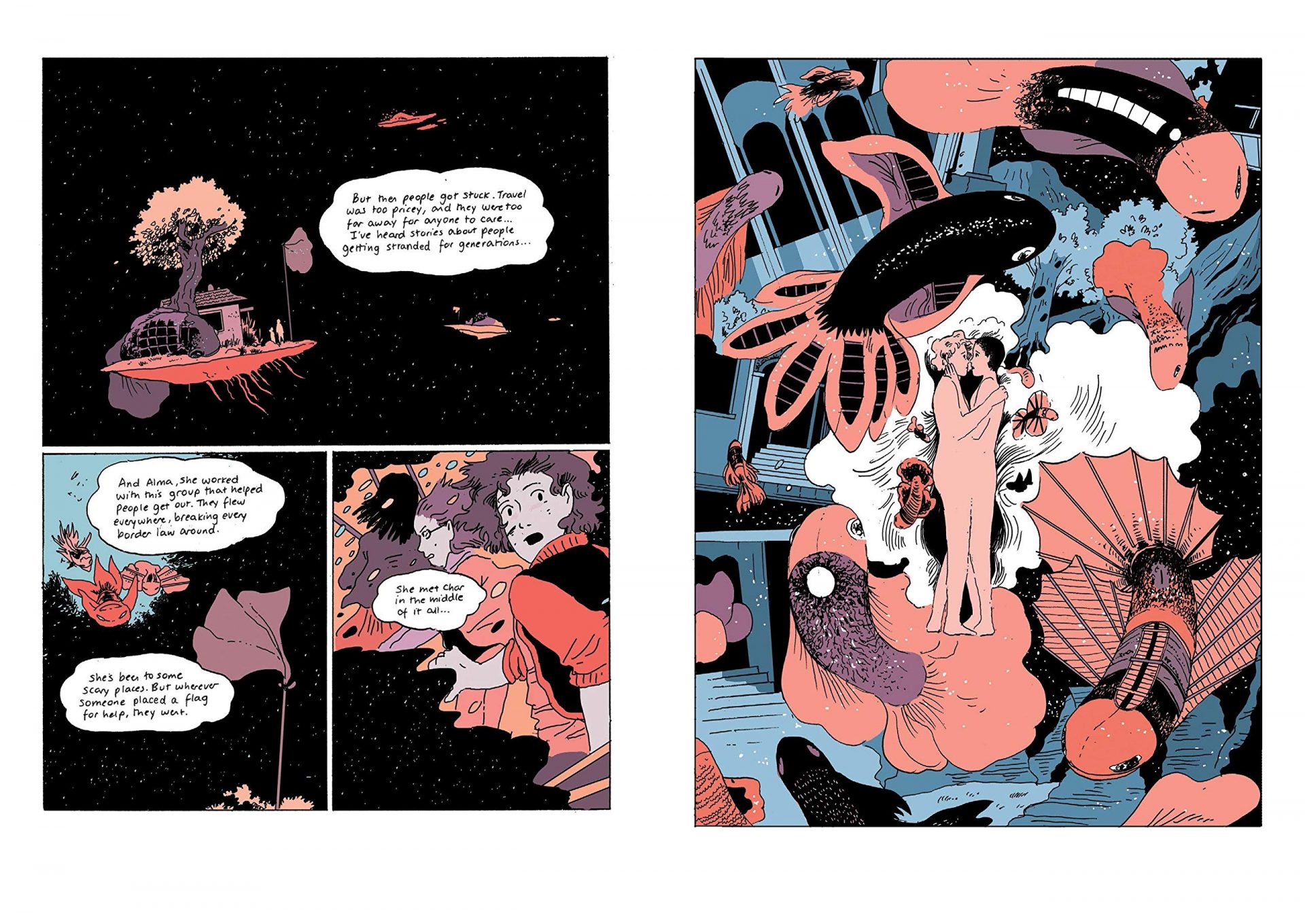 Tillie Walden is one of my favorite cartoonists and the power of Walden’s work comes not only from her incredible talent as an artist, but also because of the way she treats her characters. In her queer sci-fi epic On a Sunbeam there are many moments without dialogue, where everything you need to know is in a mere expression on the face of Mia and her crewmates. World Beyond offers up moments that reflect that generosity of time, the unusually organic feeling of allowing characters to just be, and Royale is at the center of one of the strongest examples of it. After witnessing her therapist become a zombie, we sit with Royale as time passes, day turns to night, and we see the fallout of what happens but it’s never frantic. Instead, the audience gets to sit with Iris in her grief as she feels it.

Kids enjoying comics isn’t something new. It’s not even something that’s really radical; it is, rather, the basis for the entire industry but was largely eschewed in a post-Watchmen world. The big two superhero publishers playing for an older, grittier market allowed the space for younger readers to try new things; to seek out the stories that spoke to them, and to find representation where it was previously lacking.  Books like This One Summer by Jillian and Mariko Tamaki, American Born Chinese by Gene Luen Yang, and every title from Raina Telgemeier contradicted the idea that only comics for young people featured capes, cowls, and corporate IP characters.

Something that I hope the show takes from these comics going forward is a thoughtful exploration of identity. The show centers around two women of color and is led by a Black actress. Stories like Trung Le Nguyen’s gorgeous The Magic Fish lay out a groundwork for intimate yet fantastical explorations of race, immigration, language, and queerness. Jen Wang’s The Prince and the Dressmaker also uses the structure of fairytale narratives to delve into the identity of the titular pair and their relationship. Although the pilot does take its time to establish its diverse cast of characters, this would be a way for the show to continue to blaze a new trail for The Walking Dead while building on the influence of the comics that have clearly shaped it.