by Luke Y. Thompson
Warning: Spoilers below for The Walking Dead episode “Evolution.” If you want it to remain a mystery, don’t read on…We’ve gotten so used to the mantra that The Walking Dead isn’t about the zombies but about the characters that it’s easy to forget a basic fact: dead people walking around trying to eat you is inherently a horror premise. We all know the real “walking dead” are supposed to be the humans who survived an apocalypse, or perhaps the departed loved ones who still walk beside them in spirit. But Greg Nicotero promised that once the Whisperers showed up, the show would get back to being scary, and this week, he delivered, not just by infusing more blood, guts, and jeopardy than normal, but also by embracing horror movie tropes that sent a clear signal to those of us whose antennae are attuned to such things. Check it:

Horror movies frequently start with an initial discovery and/or kill, before turning their focus to the people who’ll be facing the threat later in the story. “Evolution” doesn’t have the signature fatality, but does give a nicely subtle early tease of the evil to come, when a walker in the middle of a herd is revealed to have non-contact-lensed human eyes…and they look around, with a purpose.

Witness in a Coma, I Know, I Know 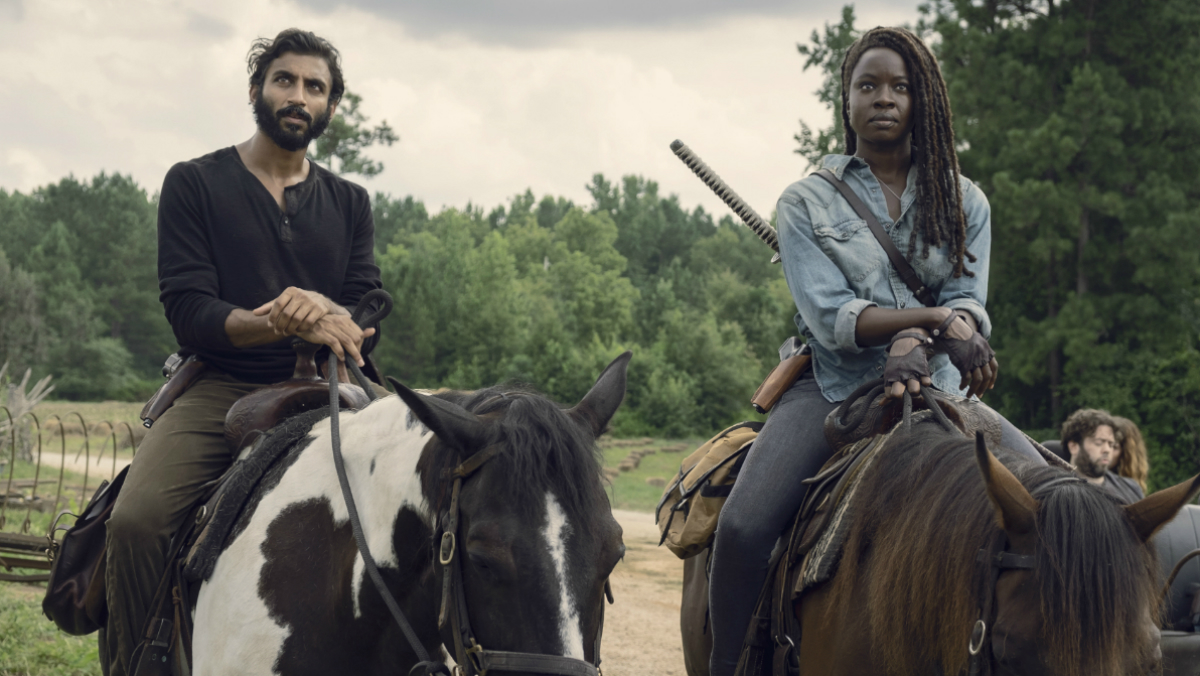 At least as far back as Bram Stoker’s Dracula novel, horror stories have drawn tension from the reader/viewer knowing more than the heroes do, as when Jonathan Harker returns from Transylvania feverish and unreliable, but with the full knowledge of the vampire threat if only he could just say it. Here, Rosita is the one who knows there are talking, intelligent threats among the walkers…but naturally, she’s unconscious. And by the time she wakes up, of course, a search party has already been sent to find Eugene, too late to be warned of the escalated threat. 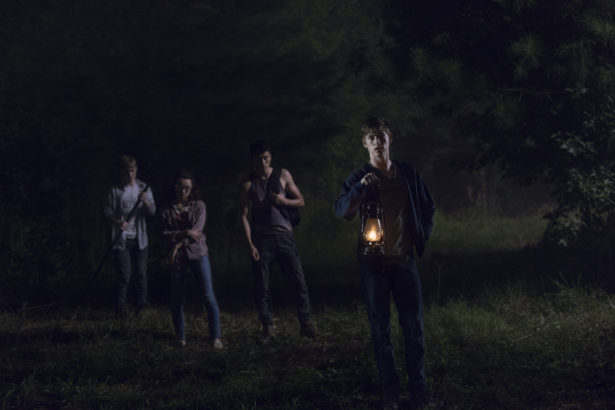 Ever since Scream, everyone knows that if you’re in a horror movie, you want to abstain from vices of all kinds, especially if you’re a teenager. So when this week’s episode reveals three new teenagers, you get some idea what’s coming. Henry makes the mistake of getting drunk with them, and while nobody in the group is dead–yet–these actions serve as a precursor to the Whisperer reveal ( read more about the Whisperers).

Cabin in the Woods

Eugene holing up in a farmhouse basement is reminiscent both of Night of the Living DeadÂ and The Evil Dead, where basements in rundown houses are always a secure location for either heroes or monsters. The trouble generally arises once they leave –just ask NOTLD‘s Ben, or Evil Dead 2′s Henrietta. 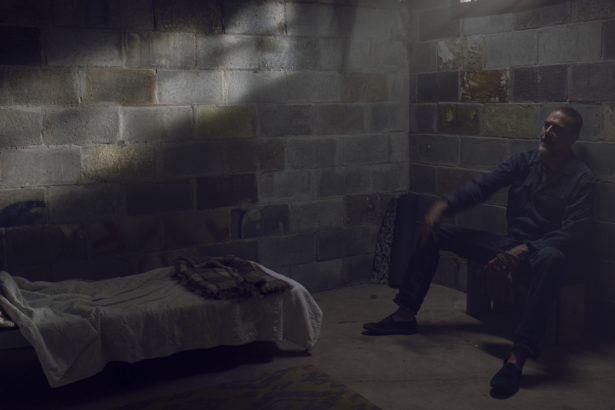 Any time a significant threat in a horror movie is safely secured, but it’s thunderstorming outside, you know that whatever it is is going to get out. Michael Myers in the Halloween series is a classic example, but so is the Tyrannosaurus from Jurassic Park. Usually it’s due to a power failure, but in this case, Father Gabriel was so distraught over Rosita that he left Negan’s cell unlocked. And just like the T-rex, Negan is deadly, loose, and arguably as likely to “devour” our heroes as he is to save them from anything worse.

This is Thriller! Thriller Night!

How have we gone this long in a show called The Walking Dead without a locked, mist-shrouded graveyard? Although we don’t get the classic shot of any zombies digging themselves out of the ground (continuity-wise, we’re years too late for that), seeing the undead in their milieu feels not just like old-school horror, but also a classic Bernie Wrightson illustration…or Michael Jackson video.

You Can’t Go Your Own Way! 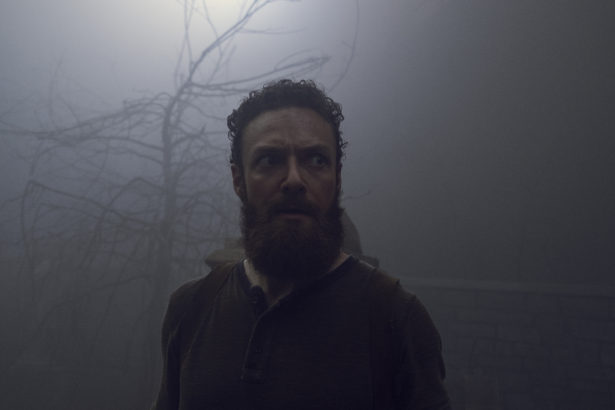 TWICE this week, we’re teased with the whole “Let’s split up; I’ll be right back” routine. First it’s Daryl who goes solo for a bit, and when he survived it, we felt fooled. But then Jesus pulled the same thing, and it did not go quite so well.

Recent horror hits like You’re Next and The Purge series have emphasized the scariness of masked strangers at your doorstep, wanting to hurt you just because you’re there. Seeing them able to control crowds of zombies is next-level. Jesus’ martial arts moves were designed for unthinking foes, and the sudden ability of one to counter punch and stab him through the chest brought home just how deadly these new humans in disguise can be. Naturally, the obligatory spoken threat implying you’ll be hurt just because you’re in the wrong place at the wrong time followed.

And They Would Have Gotten Away With It, Too…

Is it just us, or when Daryl–a shaggy fellow who conveniently has a new dog sidekick, with whom he shares his snacks–removed the mask to see who the walkers “really are,” did you want to bark out “Scooby Dooby Doooo!” too?

TAGGED: AMC, Scooby Doo, the cabin in the woods, The Walking Dead