Which WALKING DEAD Characters Will Get Backstories?

The Walking Dead’s appeal largely rests on how we (the fandom) connect with the show’s characters. Michonne, Daryl, and Carol feel like family members after watching them develop, grow, and make mistakes for many seasons. And there are newcomers like Magna’s crew who quickly grew on fans after their arrival last season. Interestingly, we have built these connections while knowing little to nothing about who any of these people were prior to the apocalypse. But Walking Dead chief content officer Scott Gimple revealed to Entertainment Weekly that there are plans to dive into certain character’s backstories across The Walking Dead universe. Interesting.

It’s no secret that AMC plans to keep the Walking Dead train running for many years to come. One way to keep things going would be to reveal more about the people we have grown to love (and maybe hate). This would be a way to connect with the currently living characters in a new way but also “bring back” people we sorely miss. This show has no shortage of stories to choose from, but there are several characters whose backstories may be worth it.

Michonne is one of the most iconic characters in The Walking Dead’s TV universe. But fans know very little about her life prior to the apocalypse. The show revealed that she grew up in Georgia and lived a middle-class life with her boyfriend Mike and son Andre before they died early into the outbreak. But there are still a lot of questions that need answers.

What happened to her biological family? What was she like back in college? Where did she find her katana? What happened during her six month solo journey after losing her son? It would be interesting to get a miniseries in either live-action or comic form about Michonne’s pre-apocalypse days and what happened leading up to her saving Andrea’s life after the farm outbreak. 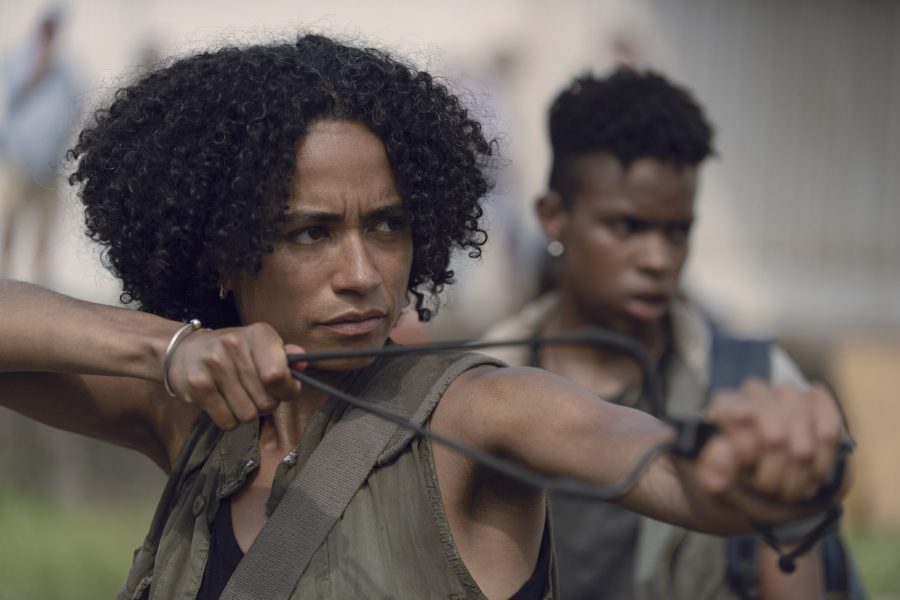 Connie immediately sparked fans interest as a survivor who happens to be deaf. Until she arrived, every character relied heavily on their ears to hear walkers or enemies approaching. She’s a complete boss and a loyal sister to Kelly, who often translates for Connie. Their pre-apocalypse story would be interesting to explore, especially with elements like Connie being an investigative journalist.

The pair also went through YEARS of survival that could be explored in some way. What were those early days of the apocalypse like for them? What villains did they run into? Did they ever see an elusive helicopter? How did they befriend Luke, Magna, and Yumiko? It could all be compelling material. But, for now, please don’t let either of them die in that walker-filled cave.

His backstory was explored in print with Here’s Negan, but that doesn’t mean some fans don’t want to see it on-screen, too. Negan has dropped tidbits about his Virginia childhood and work as a gym teacher but a bottle episode or even a Negan miniseries could answer some questions.

Fans still don’t know how he really formed and expanded The Saviors. What was his initial relationship with Simon like? And how did he become so ruthless? Jeffrey Dean Morgan is totally down for doing anything Negan related so this wouldn’t be hard to put together.

Ezekiel’s lovable right-hand man charmed his way into our hearts with some much-needed optimism and humor. But we literally know nothing about Jerry’s life prior to the outbreak. Where did he live? What did he do for a living?  Why did he decide to hang out with a dude with a tiger?

There’s no information nor mentions about his family, prior friends, nor what he survived up until he joined The Kingdom. How has he been able to keep such a positive attitude? Who knows.

There aren’t a lot of deceased characters whose backstories are worth exploring or make any sense to cover. For example, there’s nothing further we need to know about Carl, Beth, or even Glenn at this point. But fans can’t resist wanting to know more about Abraham Ford. We actually know more about his pre-apocalypse life than we did about larger characters like Rick or Daryl.

However, his journey with Rosita and Eugene brought them from the mid-West to Georgia would be a compelling story to explore. Abraham met Fear survivor Althea and the eventual trio certainly went through a lot on their long journey, so why not tell their backstory? It could reveal even more nuggets about Rosita and Eugene, too.

Honestly, this is just a petition to bring Andrew Lincoln back as much as possible. The Rick Grimes movies will address his current status, but it would be fun to see what Rick was like before he got shot that day. This would be tricky in live-action because Chandler Riggs, who played Carl, is a grown man who has moved on, and no one wants to see Lori ever again.

But maybe the story could center on Rick’s relationship with other family members, what he was like as a sheriff’s deputy, or reveal that he had a pre-apocalypse connection to another survivor. If they are going to do some Walking Dead TV crossovers, attaching Rick to someone on another show (besides Morgan) would be cool.

Which character backstories would you want to see?