Visit Stranger Things’ Upside Down with These 5 Tabletop RPG’s

Storytellers are always looking for a way to terrify their audiences, and Stranger Things showcased its ability to do so, both in a game and through the encounters with its real Demogorgon. If you’ve made it past the giant ball of NOPE that is the end of episode 3, “Holly, Jolly,” and decided that a night of imagination is safer than an isolation tank for getting into the Upside Down, then here are five RPG games to help you get there. 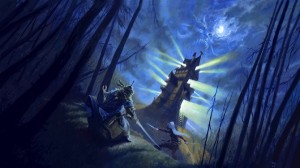 Pathfinder’s Horror Adventures, gives any Pathfinder storyteller the rules for Lovecraftian Horrors, corruption, curses, and mental insanity. This book is best kept out of a player’s reach (if possible) and can be used in any current Pathfinder campaign. Or, with the upcoming campaign setting Horror Realms, you’ll have everything you need to start a fresh new story. Explore regions of the world that humanity ought not tread.

“The World is at war… the war to end all wars.” The Weird Wars series has always been a fantastic game setting, but the latest release centered on World War I, ups the ante on historical horror for everyone. The Great War offers a perfect backdrop for amazing one-shot adventures or long running campaigns. Giving that touch of realistic humanity and actual historic events to any tabletop session makes the otherworldly encounters creepier than you’d think. 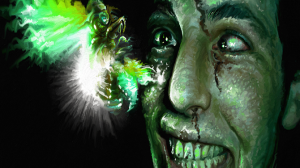 What would Stranger Things be without the classic government G-Men to cover-up what they unleashed? In Delta Green, you’ll play as government agents doing whatever it takes to keep nightmarish entities at bay–even silencing entire towns if needed. Ran well, this game blurs the line between good and evil and places the players in a crucible of hard choices. It’s a good thing that Delta Green just took home three Ennie awards at Gen-Con 2016 for best free game, best supplement material, and best writing to make those hard choices easier. 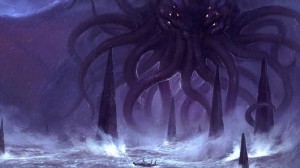 No article about unspeakable horrors would be complete without mentioning our lord and savior, Cthulhu himself. While bringing the 7th edition of this classic game to print hasn’t been easy—as Geek & Sundry writer Benn Riggs detailed here—it has happened. Now, the books are finally making their way around the world and into the hands of eager cultis- *ahem*, fine, upstanding game masters. With positive reviews, streamlined rules, and all the books you need for a first time group in one bundle, this is a perfect game to summon your first elder god. 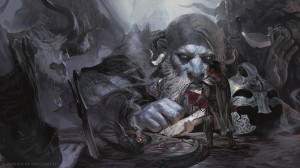 The original home of the Demogorgon itself, Dungeons and Dragons, will provide you with 224-pages of monster filled sweetness this fall. The most important part of any horror is the story behind it, and this book is filled with lore about the history of each critter within its pages. Told from the perspectives of DnD legends Volo and Elminster themselves, this is more than a book of stats to squash players with—it’s inspiration for terrifying storytelling.

Do you have amazing horror themed RPG’s in mind? Leave a comment below!