by Eric Diaz
On October 5, theaters will finally welcome Sony’s long-awaited Venom, starring Tom Hardy as Eddie Brock, the intrepid reporter who bonds with an alien symbiote creature who begins to take over his body and personality. In celebration of Venom’s big solo movie debut, our friends over at Mondo are releasing a special limited edition poster for the film by artist Matt Ryan Tobin, who has done amazing work for Mondo products featuring pop culture favorites like A Nightmare on Elm Street and Teenage Mutant Ninja Turtles, among many, many others. You can check out both the regular and variant edition of the new Venom poster down below. 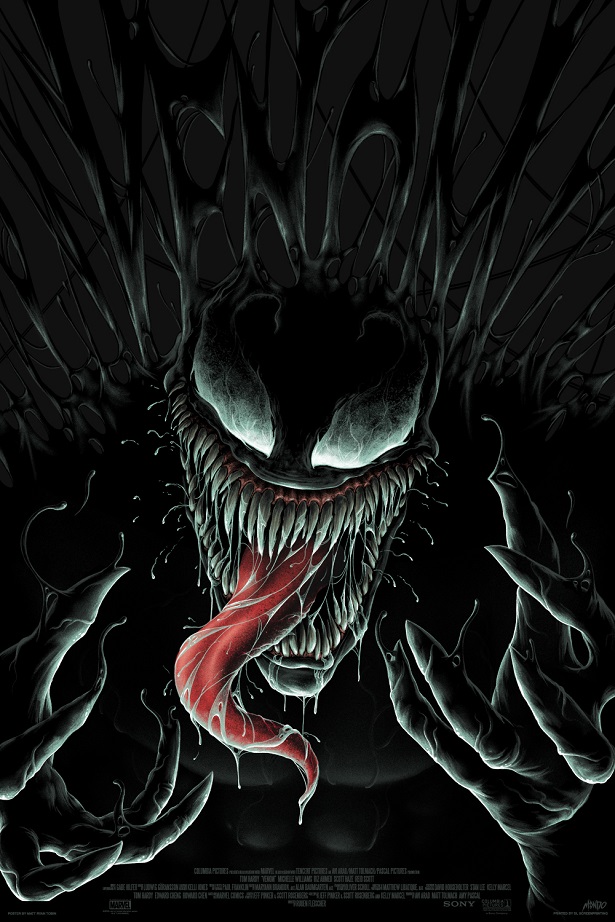 This intricately designed 24”x 36″ poster comes in a regular edition of 300, as well as a variant edition of 150. The regular poster will be priced at $50, while the variant will be available for $75. Both are printed by DL Screenprinting, and both the regular and variant posters will become available Friday, October 5, at a random time over at mondotees.com.

Matt Ryan Tobin’s version of the Marvel Comics anti-hero/Spider-Man villain evokes the artwork of Spawn creator Todd McFarlane, who helped popularize the character of Venom in the comics back in the late ’80s and early ’90s. It was this boom in Venom’s popularity that caused Marvel to switch gears with the character, and turn him from a straight-up villain into more of an antihero, which seems to be the track they are headed on for his solo film debut as well. 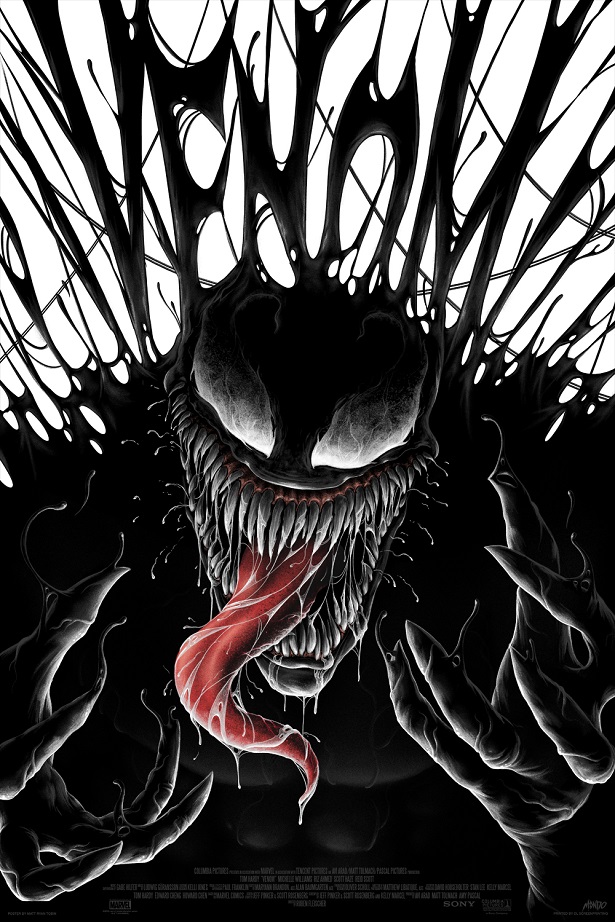 Are you excited to have this cool new Venom poster adorning your walls? Be sure to let us know down below in the comments.