From Captain Marvel to Van Gogh, Vans has been turning their timeless casual shoes into walking works of art modeled after pop culture figures and historical greats. They’re at it again with another icon, Mickey Mouse, in a bright and colorful new all-ages shoes and apparel collection celebrating the beloved character’s 90th anniversary. These kicks are almost too cute to get dirty! 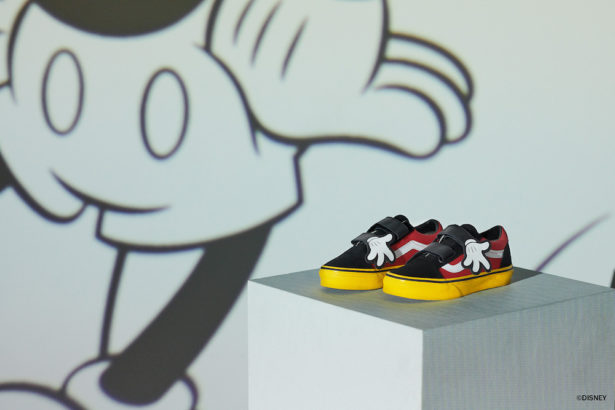 The 11-piece collection, which will be available October 5, celebrates Mickey’s first appearance on film in 1928. The plucky character won his way into audiences’ hearts, and has been an instantly recognizable pop culture icon ever since.

One of Van’s high-top Sk8-Hi shoe designs represents Mickey’s  Plane High, which might not be as notable as the more famous Steamboat Willie, but marks his first animated appearance on the silver screen.

Another Sk8-Hi design isn’t as obvious a visual reference as the others in the collection, but any Fantasia fans should be able to place the stars and magic dancing across the suede. (A “Sorcerer’s Apprentice” emblem on the heel will help clue in other admirers of your new starry new blue suede shoes.) 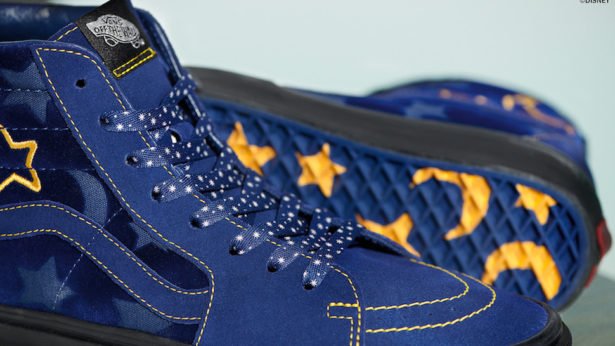 The collection also honors the more modern take on Mickey and Minnie Mouse, with bold colors and character designs reminiscent of the 1990s on their flashy checkerboard slip-ons. 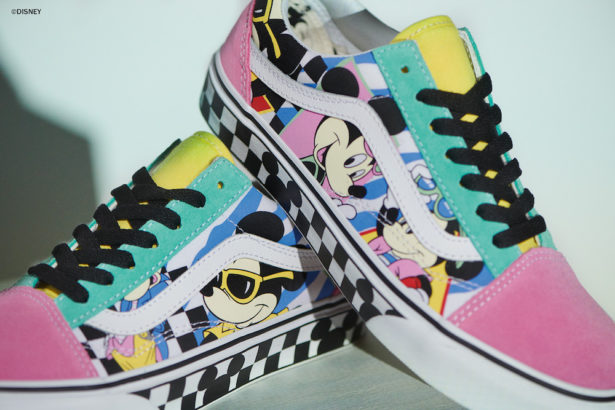 The Mickey Mouse anniversary collection includes apparel celebrating the same films as the shoes, from a “Sorcerer’s Apprentice”-themed T-shirt and backpack to designs inspired by The Mickey Mouse Club, a classic 1980s version of Mickey and Minnie, and Minnie’s classic red polka-dot pattern on hoodies, jackets, backpacks, and accessories.

Take a look at more shoes and apparel in the gallery below. And, just in case you’re wondering like we were, at least one of the pieces in the collection does feature a Hidden Mickey… but we won’t tell you where! 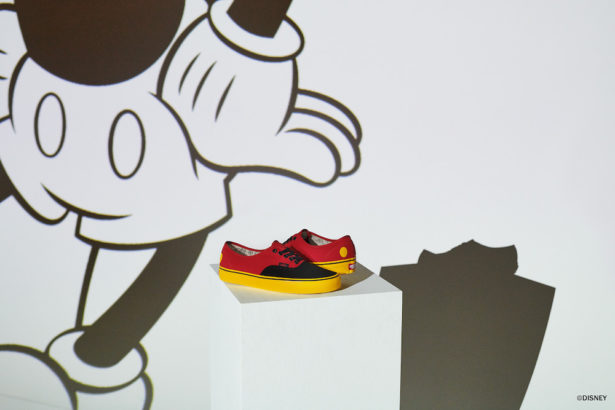 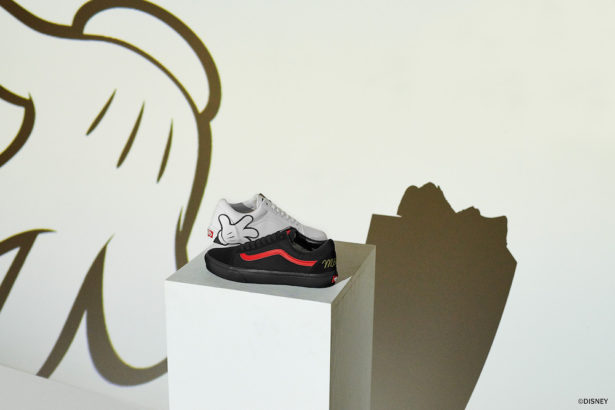 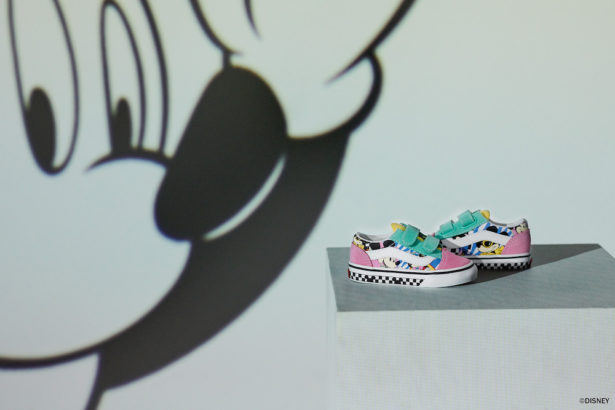 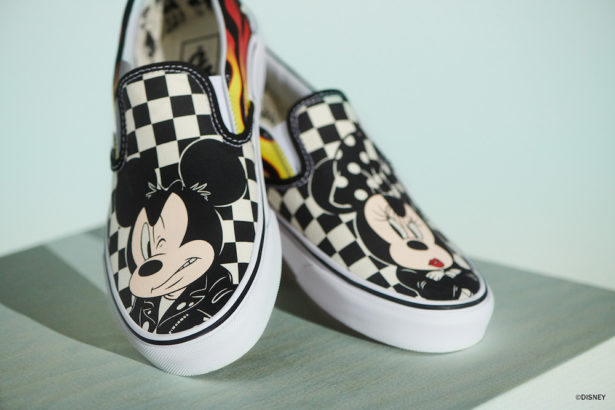 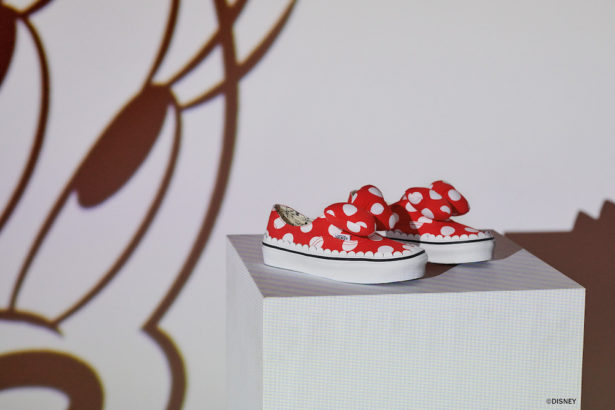 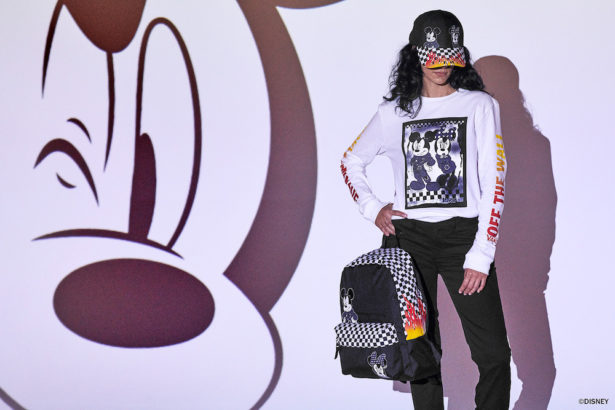 Do you have a favorite Mickey or Minnie Mouse cartoon? Tell us about it in the comments.