Since Cards Against Humanity has become such a multi-card phenomenon (not to mention a game chock full of inhumane – yet ridiculous – answers), it’s hard to find a competitor that can keep up with this little gem. Tim Swindle and his team have managed to do just that with Utter Nonsense!, a humorous – and slightly profane, depending on the player – game that will be arriving at retail next month.

Utter originally got its start as a Kickstarter project, after Tim and his friends discovered just how fun it would be to combine out-of-nowhere phrases with different accents, ranging from “Mexican” to “surfer” to “redneck”. (That’s just a handful of the 40+ ones available in the “accent” deck.) As a result, it’s created a hilarious party experience that, with the right distribution, could stand a chance at unseating Cards as the party king. That is, depending on players’ improvisational ability to carry a good accent.

According to the official website, here’s how the game works. One of the players is selected to be the Nonsense Judge, who then deals out seven phrase cards to the other players. From there, they choose an Accent card from the top of the deck, and each player selects a Phrase Card from their hand, saying it in the accent indicated. They can improvise as well, adding onto that phrase to make it a more convincing statement. (However, the original phrase must be said.) 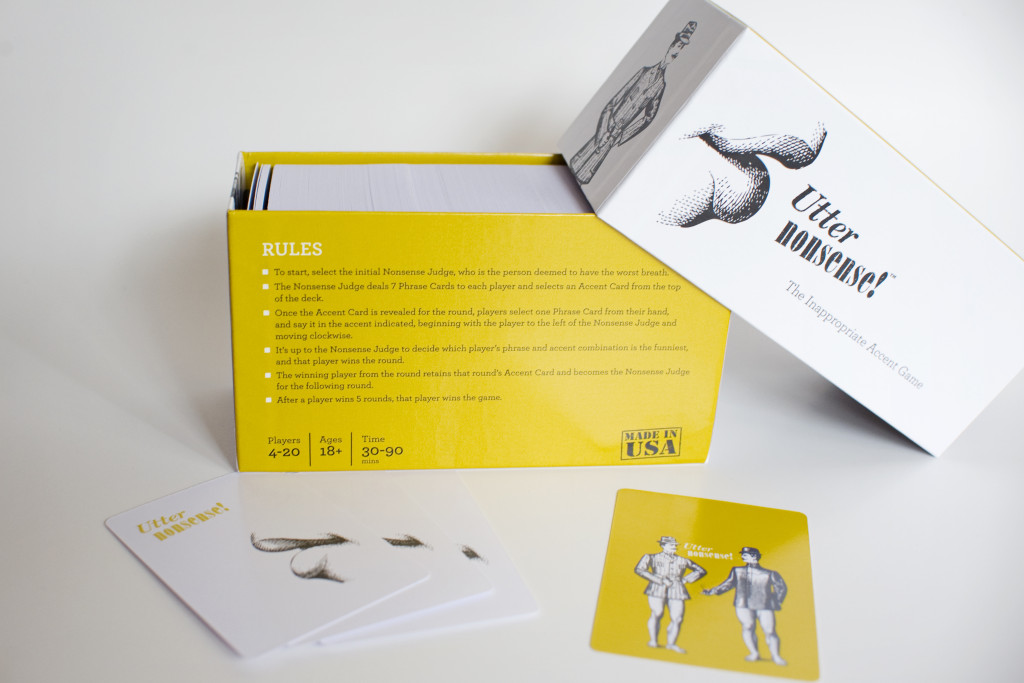 From there, the judge would have to decide which player’s phrase fits the accent the best, awarding them the round. From there, it continues into the next round with the first to five winning overall.

Although it may seem like a player needs to be privy to accents in order to win, improvisation really does play a strong part here. In fact, how the phrase is said is just as important as the phrase itself, even if the accent goes horribly, horribly wrong. “In fact, players are encouraged to make the Phrase Cards their own,” says the official game’s website, pushing for more creative means for delivering the phrase.

While Cards Against Humanity deals more on an online sales front (or events like PAX East and Prime), the creators of Utter Nonsense! have more of a retail plan in mind – and that could appeal to consumer audiences, as well as those who brought the Kickstarter project to life. “We are very excited to be partnering with Target to bring this game to consumers nationwide,” said co-creator Tim Swindle, indicating that it should be fairly easy to find early next month. 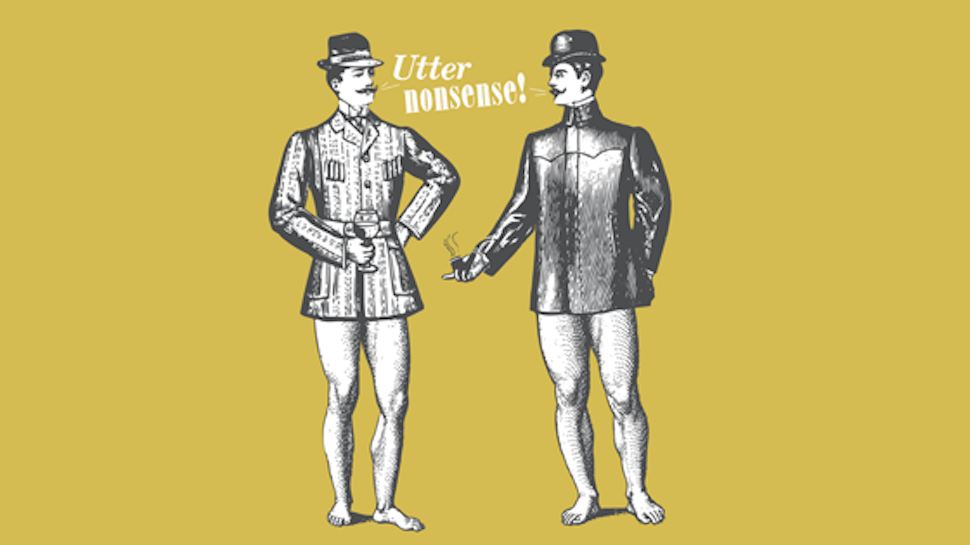 As far as the game’s appeal, Swindle was quick to add, “The greatest thing about Utter Nonsense!, and card games in general, is that they offer social experiences that keep you laughing which even the most sophisticated gaming hardware cannot offer. We are seeing an increased interest in the marketplace for activities that bring groups of people together for simple, yet creative fun.”

In the mood for some Nonsense!? It can be bought here for $27.99, or your local store starting August 2nd.