Let’s Talk About the Ending of Jordan Peele’s US

Just two years ago, Jordan Peele was best known for his sketch comedy series Key & Peele and his kitten heist movie Keanu. Cut to 2019, and he’s an Oscar-winning horror screenwriter and acclaimed director who’s being touted as the next Alfred Hitchcock. And now, the master storyteller just hit us square in the jaw with his second directorial horror effort, Us, a movie we’re still trying to fully comprehend and probably never will.

That’s the mark of a great genre film, which is exactly what Us is: a layered, challenging piece of filmmaking that’s even more ambitious that its predecessor, Get Out. While that film served as something of an allegory for race relations in modern America, Us spins a different yarn, although one that’s equally meaty and inherently political. The movie grapples with modern America and its persistent fear of anything other. But, as Peele has explained in interviews, maybe the real monsters are inside of us.

That’s a shortened version of the larger themes Us is playing with, which all come to a head in its final moments. The ending of Us is transfixing, strange, and packs a punch. But what exactly is going on? Here’s a breakdown of the film’s finale, and what that final swooping shot is meant to convey.

How does Us end? 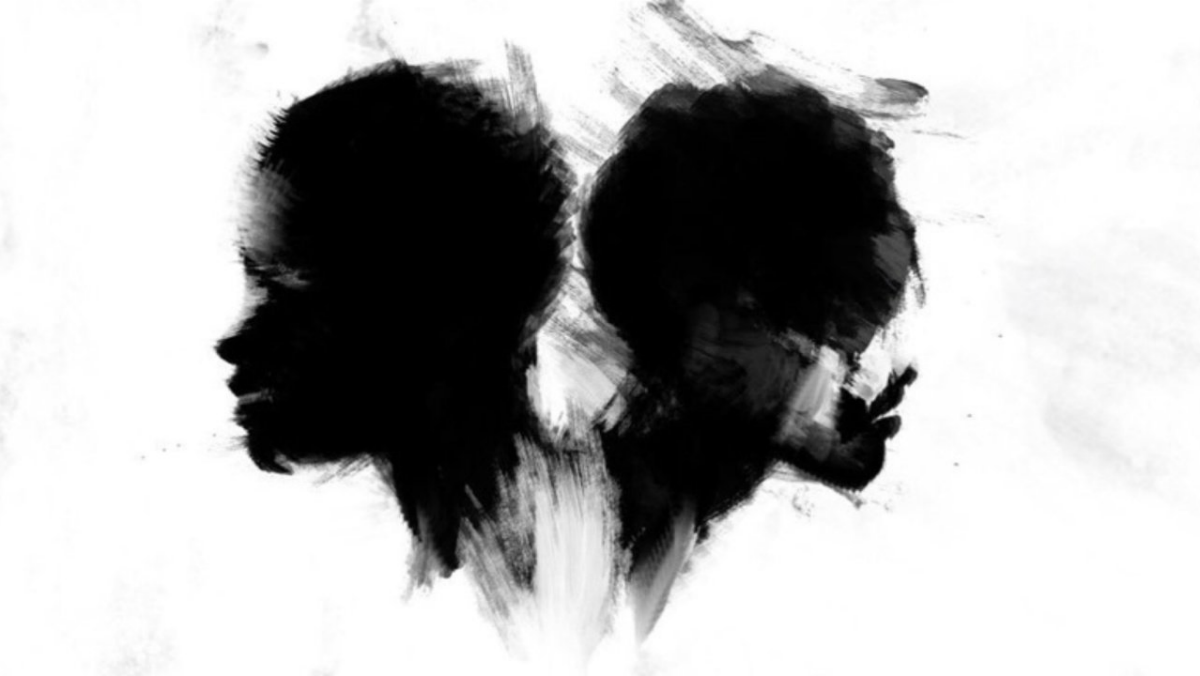 The film is centered on the Wilson family—father Gabe (Winston Duke), mother Adelaide (Lupita Nyong’o), daughter Zora (Shahadi Wright Joseph), and son Jason (Evan Alex)—who are visited in their Santa Cruz vacation home by a family of doubles. Led by Adelaide’s doppelgänger, Red, this phantom family relentlessly stalks and tries to kill to the Wilsons. After multiple harrowing escapes, they eventually have a confrontation on the Santa Cruz boardwalk where Adelaide first encountered her double in a funhouse mirror attraction as a child. The event left her with PTSD, and has made the entire journey to this point especially personal for her, as if her worst nightmares have come to life.

But all is not what it appears. After leading her into an underground tunnel system, Adelaide’s double explains why these doppelgängers have suddenly appeared out of seemingly nowhere. All of Santa Cruz is even overtaken by duplicate people, including doubles of the Wilsons’ neighbors, the Tylers (Tim Heidecker and Elisabeth Moss), and others we have not seen before. Deep beneath the United States, Red says, is an intricate system of tunnels filled with duplicates of every single citizen. How they’ve come into existence and for what purpose isn’t really the point. What matters is that these duplicates live in captivity and act out the lives of their doubles on the surface world; every moment is dictated by them, an assault on free will. But Adelaide is different; unlike the rest of the world’s inhabitants, who are merely pawns in some grand simulation, she’s “special.”

After a brutal showdown between the two women, which involves flashbacks to a dance the two performed in unwitting synchronicity as children—one aboveground and on a stage, the other in the halls of her subterranean prison—Adelaide successfully kills her double. But her son, Jason, who’s also come into the tunnels with her, recoils in fear when she tries to hold him. As the family drives away from the boardwalk, having killed all of their evil duplicates, we see Jason and Adelaide share a disturbing look, and slowly realize why he recoiled. When Adelaide first saw her double all of those years ago in the funhouse mirror, the double leapt out and trapped the real Adelaide underground. That means the “evil” Adelaide, who stalks the Wilsons’ summer home, is the real Adelaide, and has orchestrated a grand revenge plan to recoup her life and set her fellow captives free.

As fake-Adelaide, now smiling with a devilish knowingness, drives her “family” to safety, we see thousands of red-jumpsuited doppelgängers spread through the mountains and forests, holding hands.

What is Hands Across America?

The film opens with an analog TV flipping through the stations, landing on a commercial for Hands Across America, which was a publicity event that was staged on May 25, 1986, around the time the opening chapter of the film takes place. Little Adelaide is even wearing a Hands Across America shirt when she is abducted and replaced by her double. The charity event was meant to inspire peace and unity for Americans, who stood in solidarity with the famine in Africa. On that May day, over 6.5 million Americans held hands in a human chain across the United States. All together, Hands Across America raised about $15 million, far less than similar projects held across the globe.

So what is does it have to do with Us? Apart from the commercial and t-shirt, it is also an integral part of the trapped Adelaide’s escape plan. The original event was meant to be a protest, and so too is Adelaide’s version. After much underground training, she organizes a breakout, where the doubles will kill their aboveground counterparts and then stand in a hand-holding procession to make themselves known, mimicking the Hands Across America event that was likely fresh on her mind during her initial kidnapping.

The final images of the film—of thousands of doubles holding hands in a line, with helicopters flying overhead—conjure the Hands Across America logo. The hand-holding imagery is also apparent when the doubles first show up at the Wilson home, holding hands in the driveway.

What does the ending mean?

As Jordan Peele told the crowd at the film’s SXSW premiere, the idea behind Us is to look inward instead of outward, as we are our own worst enemies. That idea is literalized here, as Adelaide is literally a different, darker version of herself; the double that ruled her life until childhood has come to take over. There’s a lot you can read into that: It can be a commentary on mental illness, on performative womanhood, on our worst impulses conjured to reality. But it could also speak to the inherent fear of anything different that America especially is grappling with in this moment.

The Hands Across America imagery represents the visage of togetherness that is really speaking to something broken and ugly and absent of the peace it purports. If this is us—or the U.S., as the movie’s title cleverly intimates—we’re due for a reckoning.