Until Dawn: Deciding Who Survives is Bloody Fun - Nerdist

Until Dawn: Deciding Who Survives is Bloody Fun

The room is dark—lit only by candlelight. Relaxing in a hot bath listening to her tunes, teen Samantha thinks she might have heard something. Was someone else in the room? All her clothes are gone: a prank by one of the seven friends she’s spending the weekend with? Looks like she has but one option: investigate, wearing only a towel. So why not check the basement, right?

Countless scary movies have done this EXACT scene. Countless audiences have yelled, “don’t go to that dark basement, girl!” It’s a recipe for thrills, and one that requires major suspension of disbelief.

Because honestly: did she really need to be wearing only a towel? 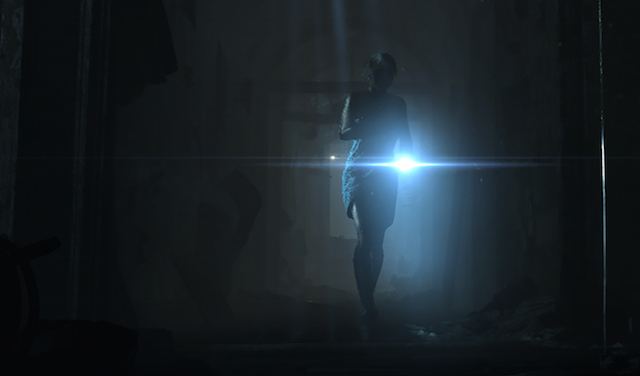 A year after the mysterious deaths of his siblings Hannah and Beth, Josh (Mr. Robot’s Rami Malek) invites eight of his high school pals back to that remote cabin to heal—and party. Spoiler alert: neither happens, but who survives the night is entirely up to you. You’ll need to make choices, some rather quickly. If you’ve played Quantic Dream’s Heavy Rain or Beyond: Two Souls you’re good.

The visuals are crisp, often stunningly capturing the likenesses of several known TV actors. The gameplay is a mixture of quick time events (QTE), walking and talking, and the ever popular “pick up everything you can” by pressing X.

Which takes us back to Samantha exploring a basement at 2 am. I had no choice but to trudge on after finding a much needed flashlight. In movies this drives me crazy, but survival-centric horror games thrive on these moments. I want to be alone in the dark; I hope to find something awful. And since I was rooting for Samantha to outlast the others, I’ll need her to triumph over something truly unimaginable. Ever since we all hoped it was Chris’ blood in the original Resident Evil, the old adage “why would ‘person A’ voluntarily enter dangerous ‘scenario X'” no longer applies. In Until Dawn we are in control now, so let the mayhem begin. 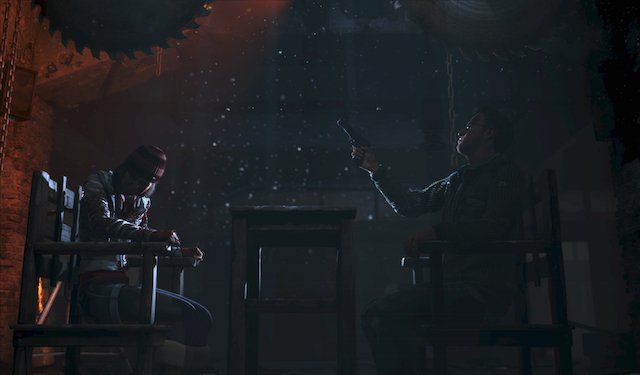 Throughout the player’s quest to make sure characters they like live or die, other famous franchises get referenced. A twisted (in the best way) moment involving buzz saws includes a voice that taunts “let’s play a game.” Pure Jigsaw. This summer, I’ve been watching Scream, and I wish MTV’s show would kill off their teens with the same gleeful abandon. Live or die, the choice is yours.

Hayden Panettiere (Scream 4) plays Samantha a clever, sympathetic lead about as convincingly as she terrorizes Rayna James as upstart Juliette on ABC’s Nashville. (Which is to say a lot.) On an unlocked behind the scenes clip, Panettierre said the character is closer to who she actually is than other roles. (Minus the towel problems, one assumes.) Her biggest connection to Samantha is the love they both have for animals. Early on, you can choose to shoot a defenseless squirrel with a BB rifle while she watches. I, like 78% of other players, did not.

That percentage is real. Like other choice-based games, you can see how others played. I wasn’t at all surprised that most chose to have mean girl Jessica kiss hunky Mike (played by Agents of S.H.I.E.L.D.’s hunky Brett Dalton) over tossing a snowball at him. These kind of playful teen shenanigans are way more entertaining than you’d think. Most of the characters act like they’ve known each other for years, which makes effing up their social dynamics extremely satisfying. 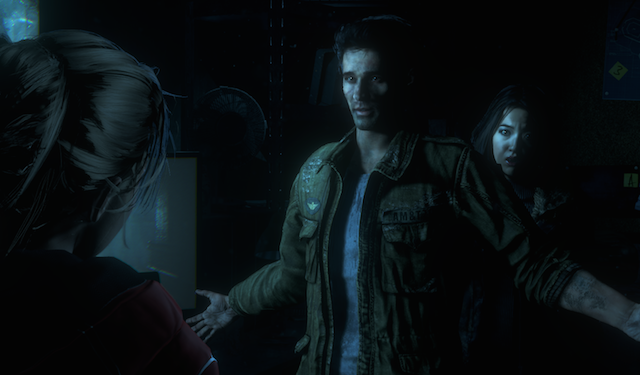 Since the avatars look eerily like the real life actors, I would have them “act” they way I wanted them to. As Ward, Dalton became a bad guy on Marvel’s Agents on S.H.I.E.L.D., which I never bought. (I will always be Team Ward.) In Until Dawn, I righted the wrongs done by ABC. My version of Mike (Dalton) is a trustworthy a dude.

Alas, he didn’t survive. This time.

There are ten chapters (plus a prologue) that can be replayed for different outcomes. These “new paths” are explained as a butterfly effect. How’s the actual story? The plot starts off as a send up of I Know What You Did Last Summer (er, winter), but I certainly didn’t see the big twists coming. And the writers somehow didn’t leave any major plot holes. Even some of the tiniest aspects like news clippings dating back to 1952 paid off.

I’ve already begun a second play through making different choices. Letterman jacket wearing Matt was a washout the first time (and somehow survived!), so this time I’m having him do as many 180s as possible. 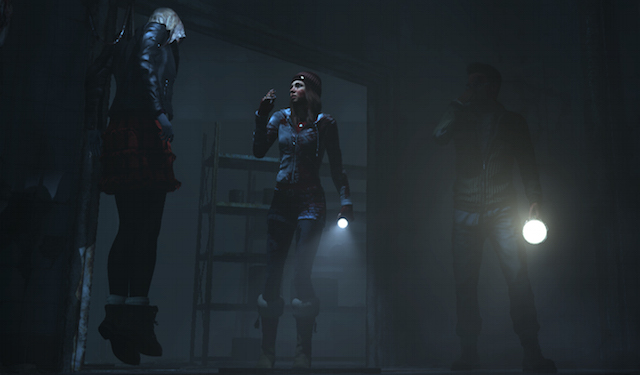 There are a lot of extras: behind the scenes clips, a host of collectibles, and a camera capture mode called Cheap Shots. This game has a lot of jump scares. If you have a PlayStation Eye, it will record you playing when it assumes you’ll lose it. Seeing who freaks out is a fun perk.

And having fun is really what Until Dawn is all about. It’s gory, but not like the disturbing imagery of Silent Hill. It’s (mostly) a slasher flick with predictably dumb-acting characters getting sliced and diced. I hope this is the beginning of a series for Supermassive Games. Survival horror has waned lately. By getting back to the core of what works, Until Dawn had me playing until just that.