by Rosie Knight
When DC Comics announced that they would be launching two brand new lines of original graphic novels aimed at young readers and young adults, fans were excited to see how the stories would reimagine the classic characters for a whole new generation.

As the first wave of books begins to hit shelves, we chatted with bestselling author Lauren Myracle—whom you might know from her titles like Luv Ya Bunches and The Internet Girls series—about her and artist Isaac Goodhart’s take on Selina Kyle, Under The Moon: A Catwoman Tale, and why she chose to deal with the darker aspects of the story head-on. 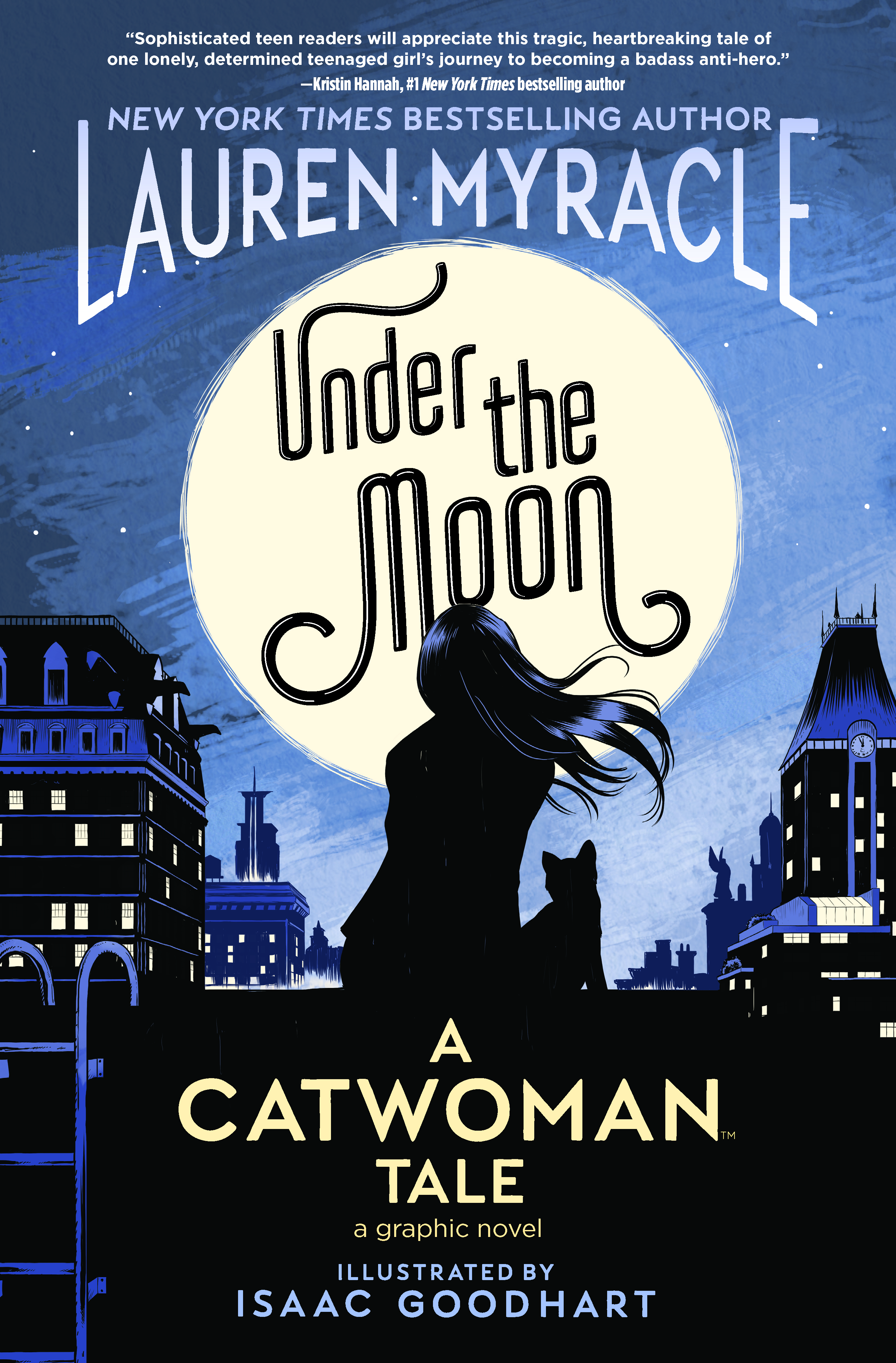 LM: It’s very different than all of the other writing I’ve done, for sure. Selina didn’t spring from my head; she already was. I felt a huge sense of responsibility toward her. I didn’t want to let her down or do a disservice to her legacy. At the same time, rehashing old stories does not constitute telling a new story! So when it came to writing this story about Selina, I intentionally held all other notions of her at a distance. 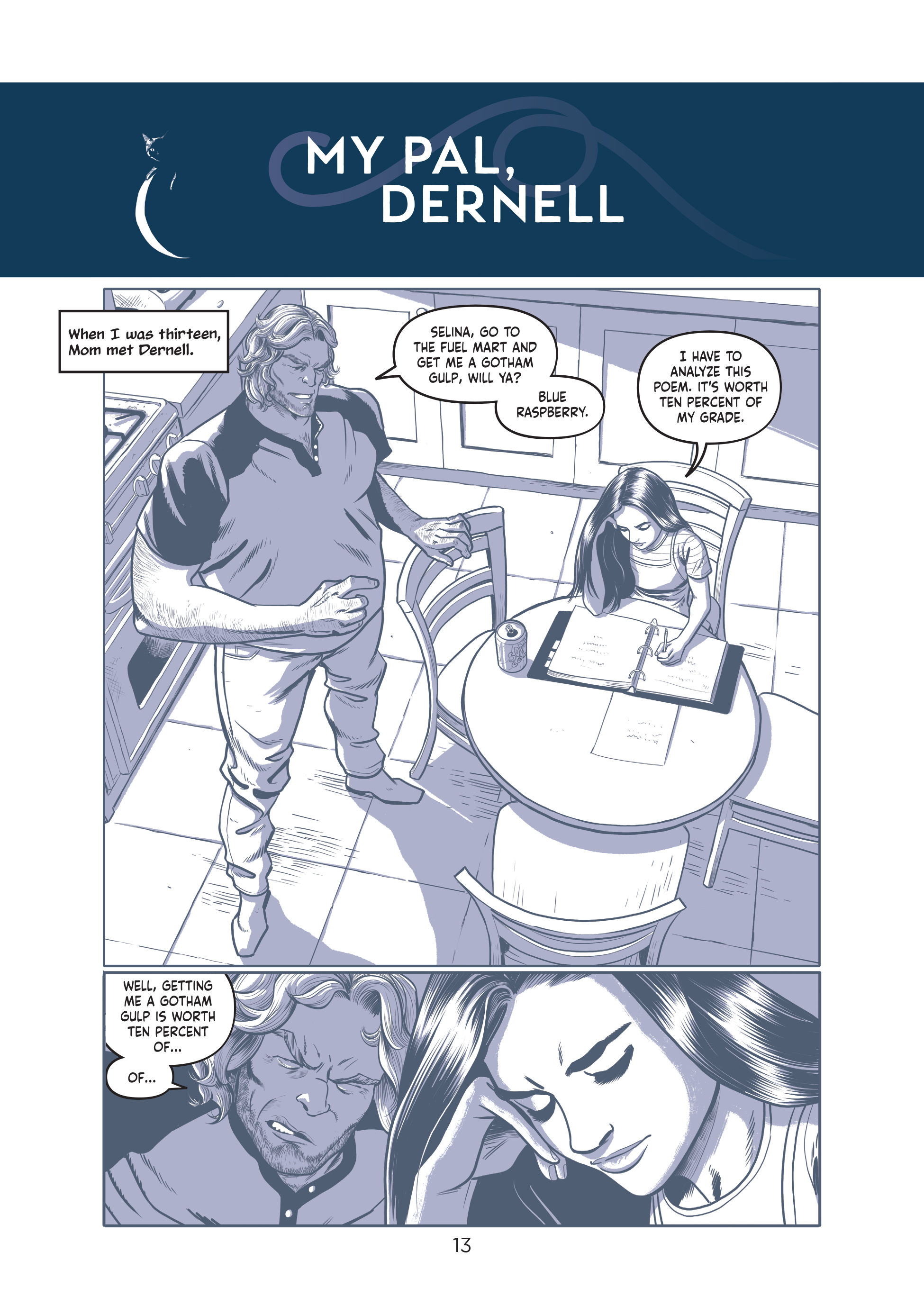 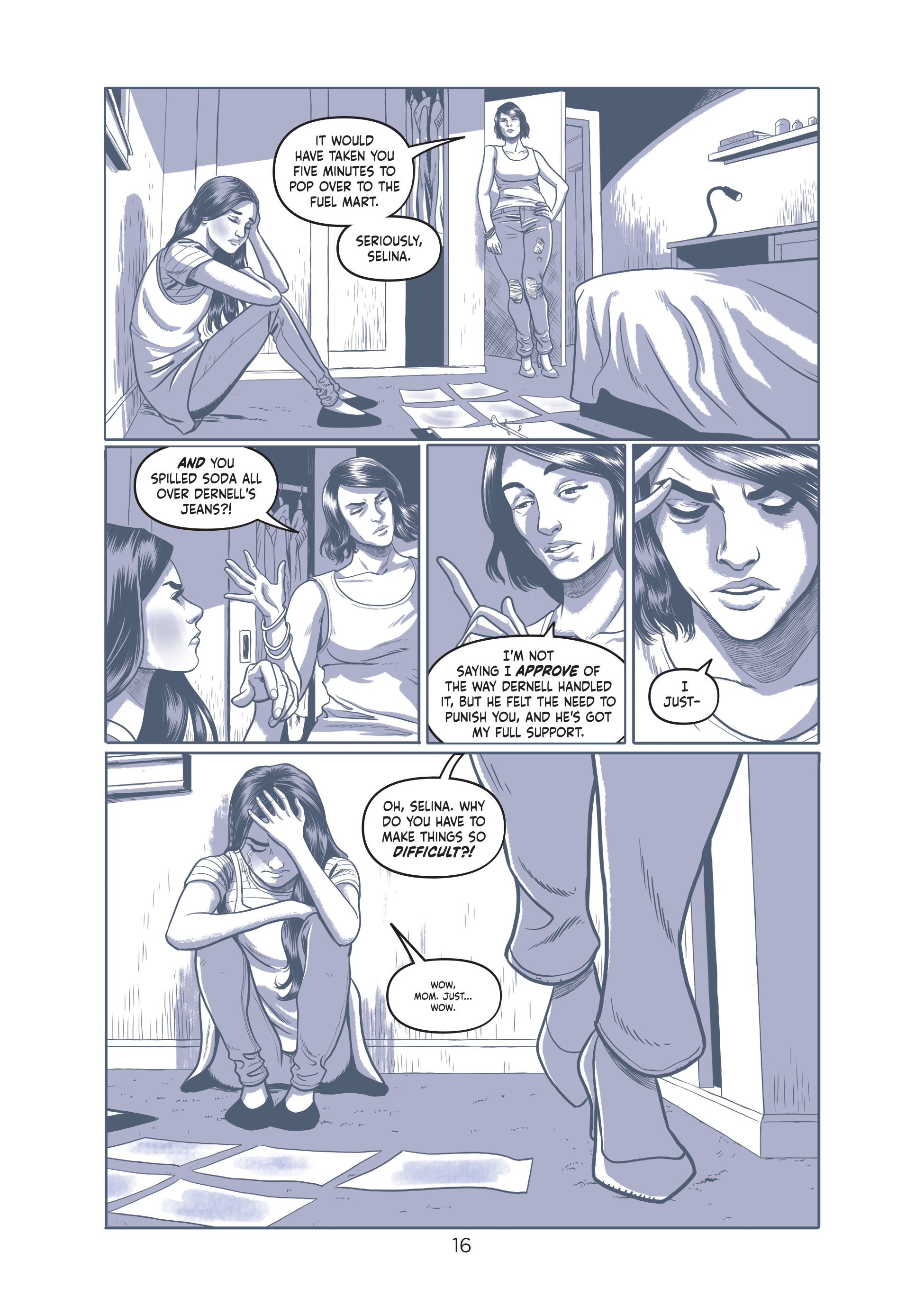 The book deals with some pretty intense topics. What drove you to tell this particular story?

LM: When I wondered what it would take to drive a girl, any girl, to isolate herself from others—to steal, to be a creature of the night—well, it doesn’t spring from lollipops and flowers, you know? Selina is intense, so of course, her story is intense. And as Selina herself wouldn’t shy away from uncomfortable subjects, I didn’t want to either. 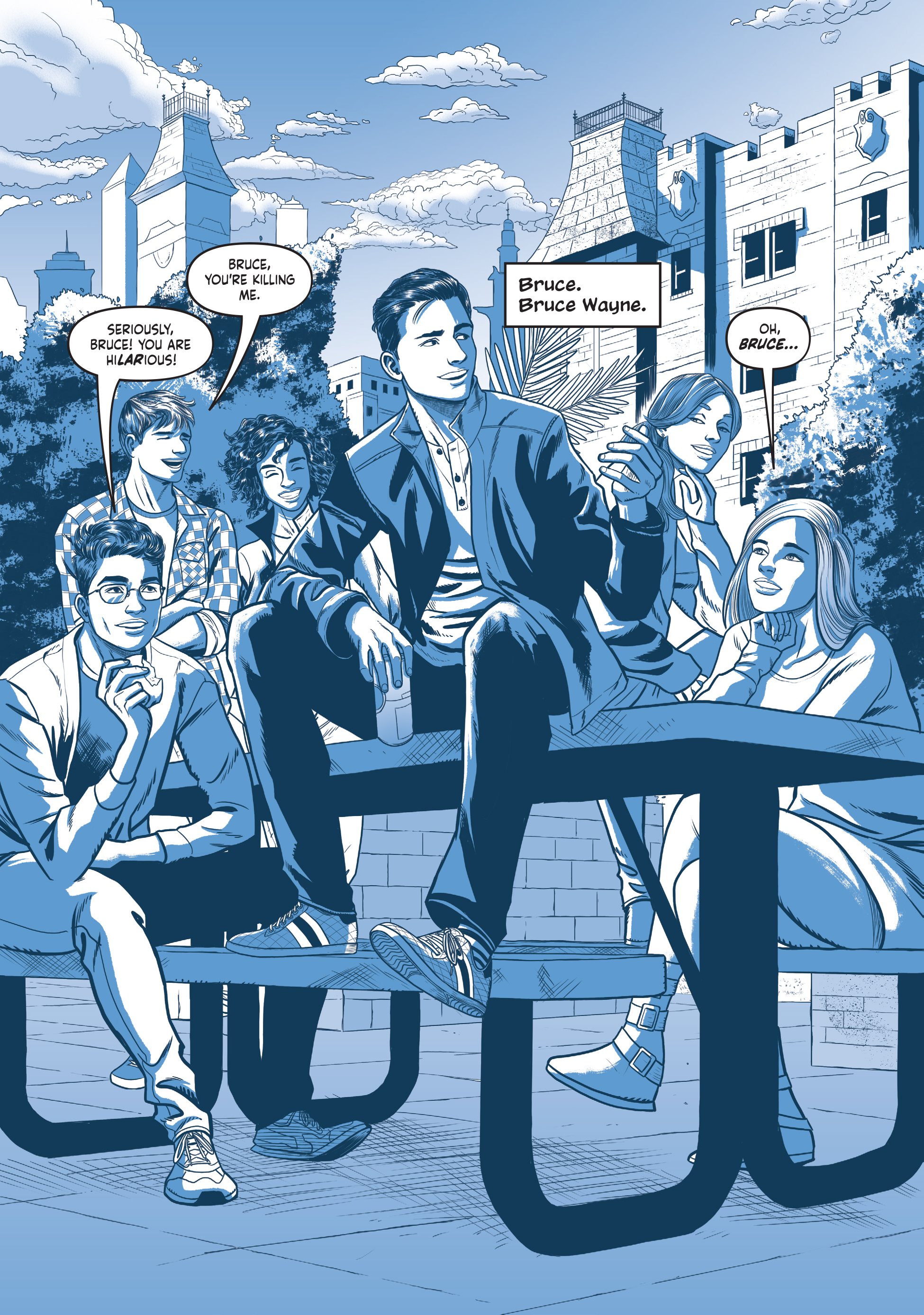 Tonally, the Zoom and Ink lines and Under the Moon are really different from any other DC comics. How did you craft the world of Under the Moon?

LM: Through dogged determination! I am a complete newbie to the world of comics. That’s no secret. But all “created worlds” are created in order to invite readers in. That’s the point. I immersed myself in graphic novels, reading and experiencing and absorbing. Then I coached myself, on every page of the Under the Moon script, to think visually, to imagine the scenes unfolding in front of me. It was insanely hard, but dang, it sure did up my game. 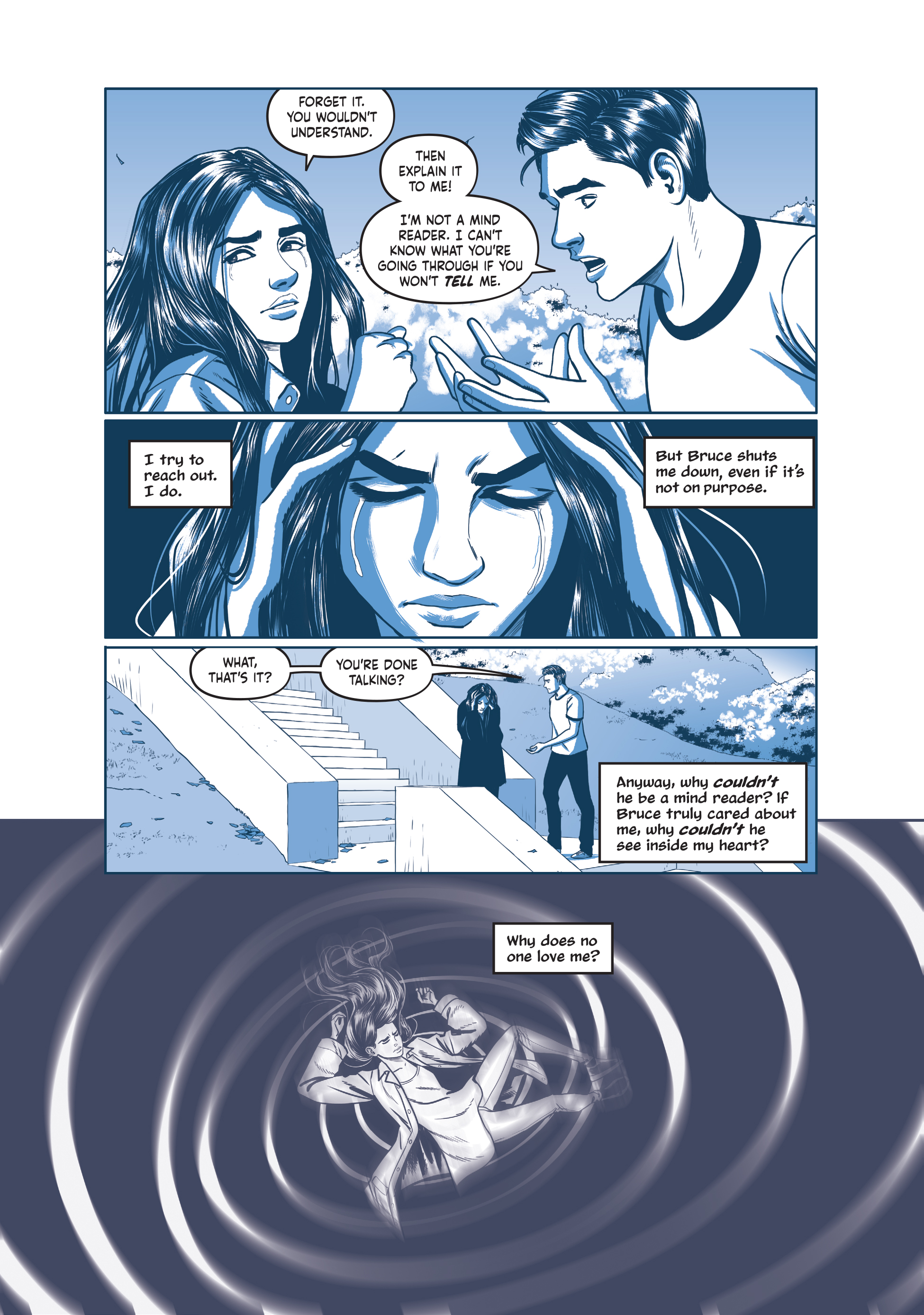 How did you research the realities of Selina’s life as a homeless teen?

LM: The same way many of us writers research things, I suspect! By reading stories of homeless teens, first and foremost, and then by putting myself into that imagined space and feeling it out for myself. What would be the challenges? Would there be any rewards? What sorts of things would Selina worry about that go beyond a casually imagined inventory? The basics of hygiene, for example. I asked myself how Selina would tackle those challenges, how I would tackle them, how the teens I know personally would tackle them. I tried to step as authentically into that reality as possible. 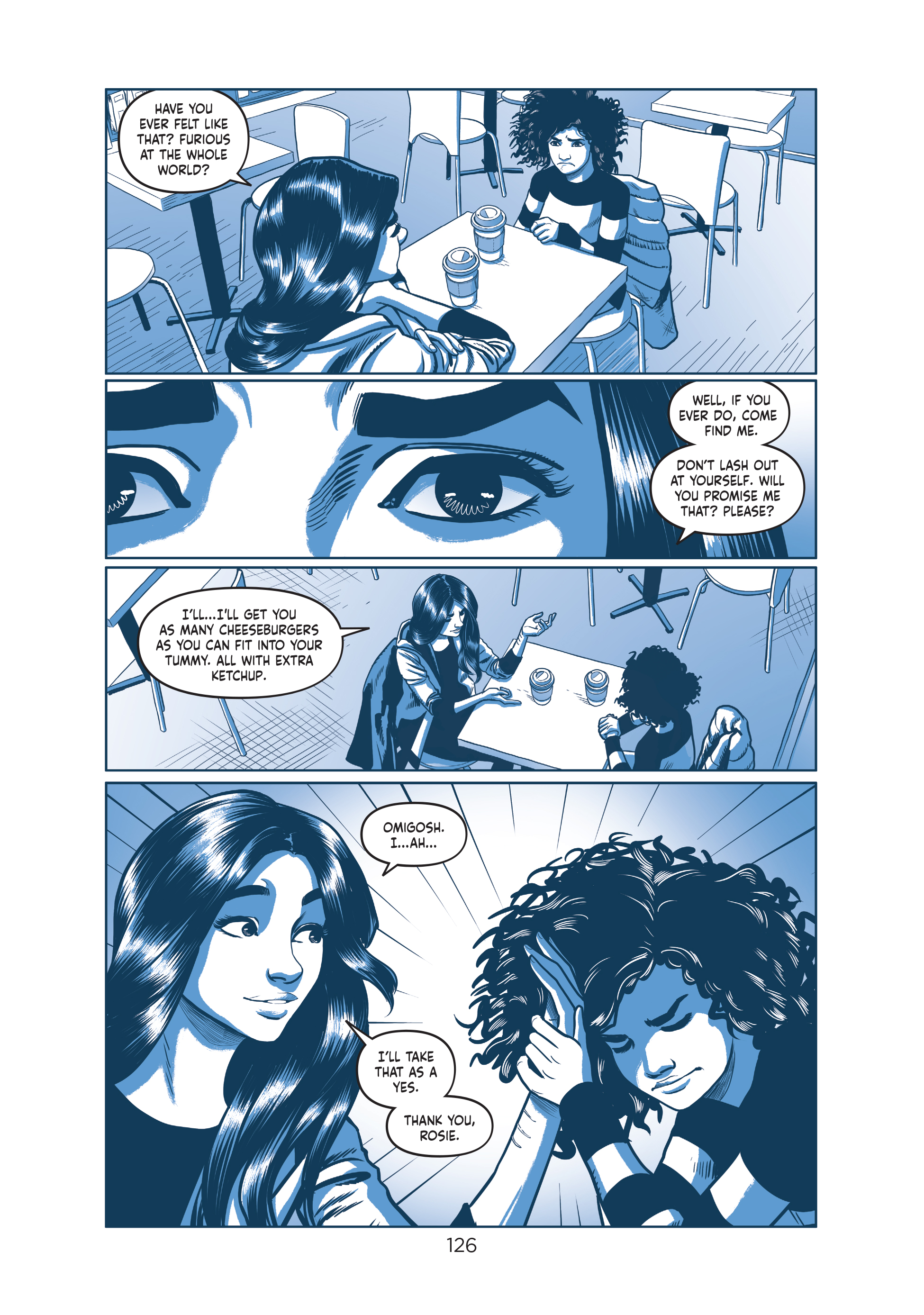 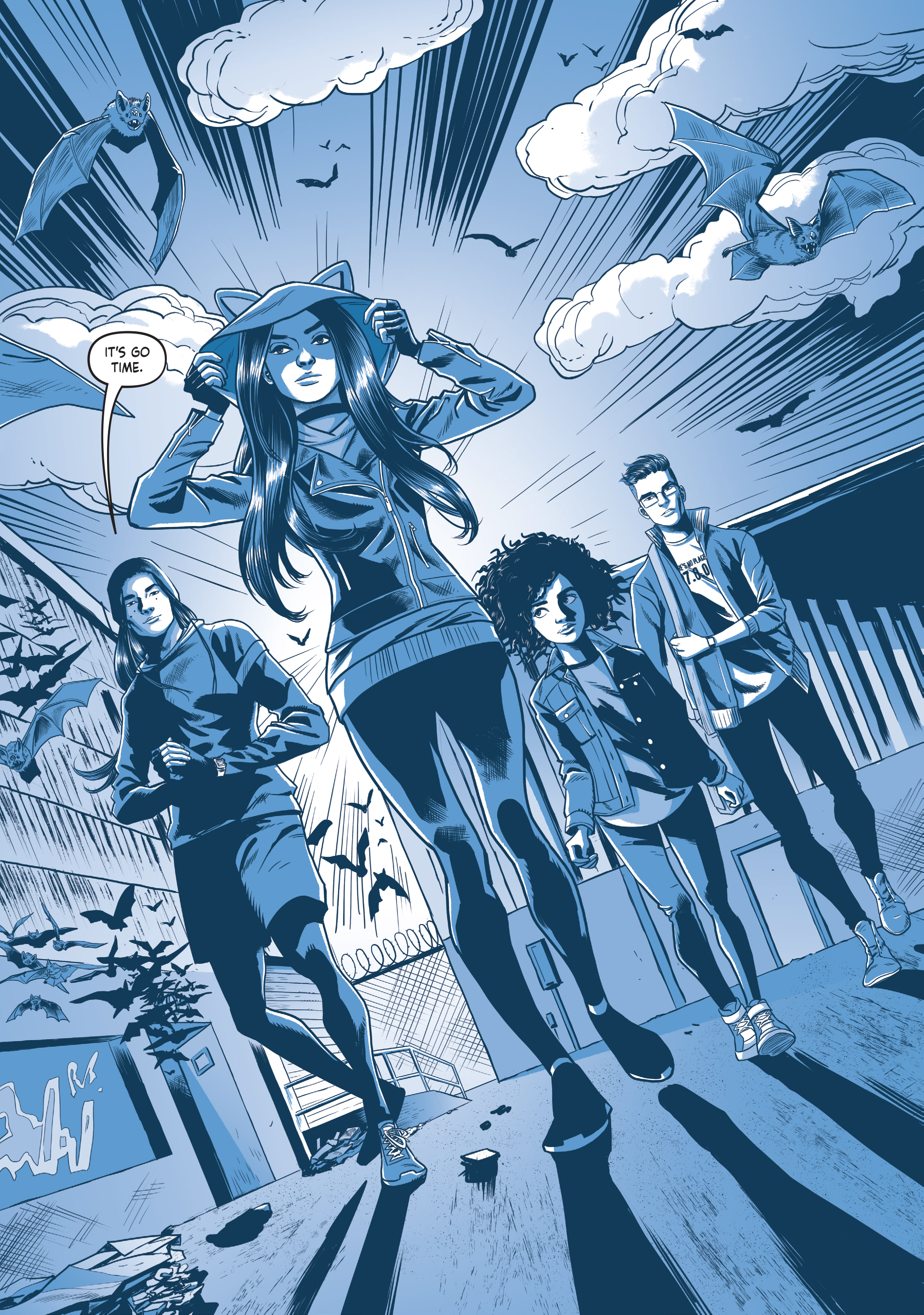 What would you want readers to know before they pick up Under the Moon?

LM: Hmm. Nothing? As a reader myself, I like to go into books blind. I don’t want to be “prepped” for them. A story like this is a contract between the writer, the illustrator and the reader. It’s private and personal and hugely subjective. Once I’ve written the story, my job is done. What happens next between the reader and the text is none of my business!

If you enjoyed our interview and exclusive art you’ll be able to get a preview sample of the comic on May 4 as part of Free Comic Book Day! And the full version of Under the Moon: A Catwoman Tale hits shelves on May 1!