UFOs Seen Near Ireland Are Officially Being Investigated - Nerdist

UFOs Seen Near Ireland Are Officially Being Investigated

If you’re a fan of the History or Discovery channels, then you’ve probably heard countless stories of UFO sightings by now. But you usually hear about them years after the fact, from people who now feel they can come forward without fear of ridicule or of losing their jobs. But times are changing, as the BBC is reporting thatÂ The Irish Aviation Authority is investigating a series of reports about bright lights and UFOs off the southwestern coast of Ireland this past weekend, and they’re being pretty open about the whole thing.

The sightings all began at 6:47 local time on Friday, November 9, when a British Airways pilot contacted air traffic control inquiring about anyÂ military exercises in the area, as there was something in the sky that was “moving so fast.”Â  The pilot was then told there were no such exercises going on.Â The pilot, who was flying from Montreal to Heathrow, told authorities that she spotted a “very bright light” and then the object “rapidly veered to the north,” adding that it didn’t seem like it was heading for a collision. The pilot admitted she had no idea what it was; another pilot from a different plane corroborated her sighting. 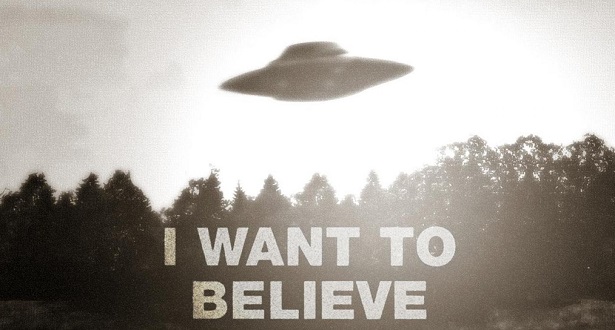 The Irish Aviation Authority then issued the following statement: “Following reports from a small number of aircraft on Friday 9 November of unusual air activity the IAA has filed a report,” addingÂ “This report will be investigated under the normal confidential occurrence investigation process.” In other words, if they find anything cool like aliens, they’re not gonna tell us.Interestingly, though, this news comes just a week after a few Harvard scientists suggested publicly that Oumuamua (no, we don’t know how to pronounce it either), the first object entering the Earth’s solar system from interstellar space, could very possibly be of alien origin. Are the world’s authorities trying to prepare us for first contact? The Harvard scientists’ theories were largely debunked by the scientific community, but wouldn’t that be a welcome change for the typical news cycle!What do you think of all this talk of UFOs and aliens? Nonsense, or do you “want to believe” too? Be sure to let us know your thoughts down below in the comments.