Every episode of Rod Serling’s classic of televised chills, The Twilight Zone, began with the auteur telling us we’re entering another dimension. 60 years later, our first full look at Jordan Peele’s series assures us that those other dimensions are just as creepy as they always were. The anthology horror/sci-fi/fantasy series–coming to CBS All Access on April 1, 2019, has a bevy of big-name guest stars for its first season, and at least one remake of perhaps the iconic series’ most iconic episode. Step into the zone.

The one we know for sure “Nightmare at 30,000 Feet,” an update of the Richard Matheson-penned “Nightmare at 20,000 Feet” which starred William Shatner as a man afraid of flying who is the only person to see a large apelike beast on the wing of the plane during a horrible thunderstorm. This episode is one of the most referenced in The Twilight Zone‘s history and was later remade as the final segment in the 1984 Twilight Zone: The Movie directed by Mad Max‘s George Miller and starring an even more frantic John Lithgow opposite a winged nightmare monster.

What’s clear–or at least implied–with this version of the story is that Scott’s character is worried about the repeated number 1015, which might lead to a different kind of nightmare in the not-so-friendly skies. We also see a brief glimpse of a doll floating in a lake which is the image of the gremlin from the original episode. Fun bit of synergy there. 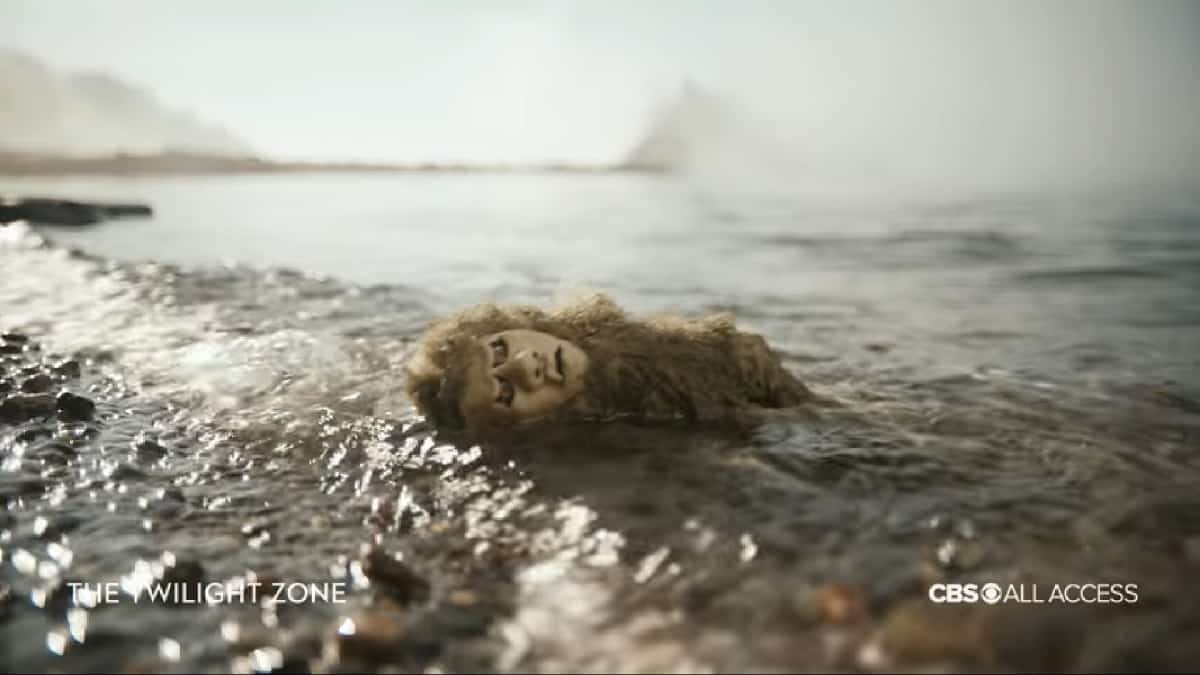 Elsewhere we see John Cho and Allison Tolman from the episode “The Wunderkind” about a child–played by Jacob Tremblay–who evidently gets elected president or something. We see a little bit of Tremblay riding a big wheel through the White House in an obvious and clever allusion to a similar shot in Stanley Kubrick’s The Shining. It’s possible this is a riff on the classic episode “It’s a Good Life” about a little kid with godlike powers.

We also see Greg Kinnear as a sheriff and The Walking Dead‘s Steven Yuen as a character who I’m just gonna bet is the devil. Seems pretty devilly. They’re in an episode called “The Traveler.” Kumail Nanjiani appears to be a man slowly losing things after he changes stuff in his life. Tracy Morgan appears in that episode. And Sanaa Lathan and Glenn Fleshler will appear in the premiere episode, “Rewind,” which looks pretty upsetting too. They all look upsetting. 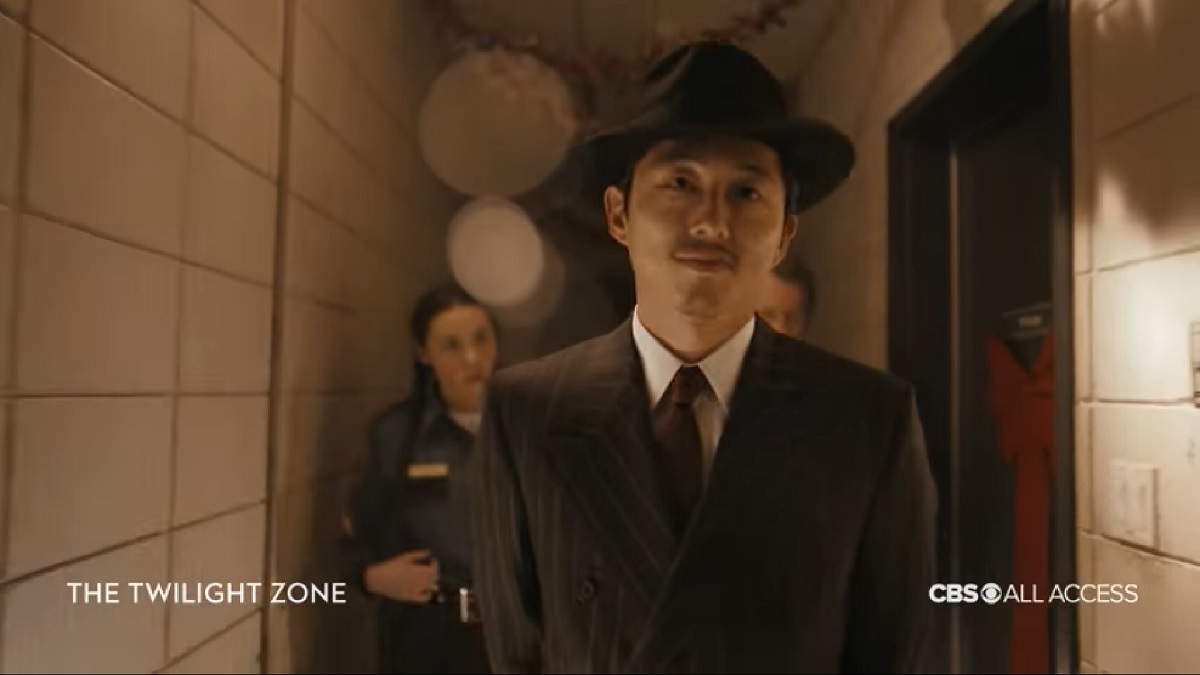 It’s possibly just for the purposes of the marketing, but I wouldn’t be surprised if there were some sort of link between the episodes, not unlike what happens with Netflix’s Black Mirror. Nothing too overt, but enough to let you know these characters overlap. Again, could just be something I’m reading into, but the presence of 1015 seems more than a little deliberate.

I guess we’ll find out on April 1!