by Kyle Anderson
Few serialized television shows can offer the same kind of punchy science fiction or horror plots that an anthology series can. They’re only beholden to the 25 or 45 minutes they have to tell the story and any character or contrivance is fair game to play with, fast and loose-style. Already we’ve talked about scary episodes of Are You Afraid of the Dark? and the 1960s The Outer Limits, but we’d be remiss if we didn’t pay tribute to the godfather of this genre, a show that gave audiences 156 episodes of terrifying morality plays between 1959 and 1964: The Twilight Zone.

Rod Serling’s vision of realities slightly twisted from our own gave birth to such shows as Black Mirror and Tales from the Crypt in addition to the ones mentioned above. While The Twilight Zone wasn’t the first show of this kind, its constant repeating on cable—holiday marathons on Syfy (née The Sci-Fi Channel) anyone?—has made it a bona fide cultural touchstone. With Jordan Peele’s highly anticipated reboot series coming to CBS All Access in April, I figured we’d look at some of the most frightening original episodes in a show that was always pretty darn creepy. These won’t necessarily be “the best” episodes or “the essential” episodes; the above-pictured “Time Enough at Last,” for example, won’t be included in this list because, while great, it’s not the same kind of scary that I’m looking for.

So, without further ado, seven of the most terrifying episodes of The Twilight Zone ever. 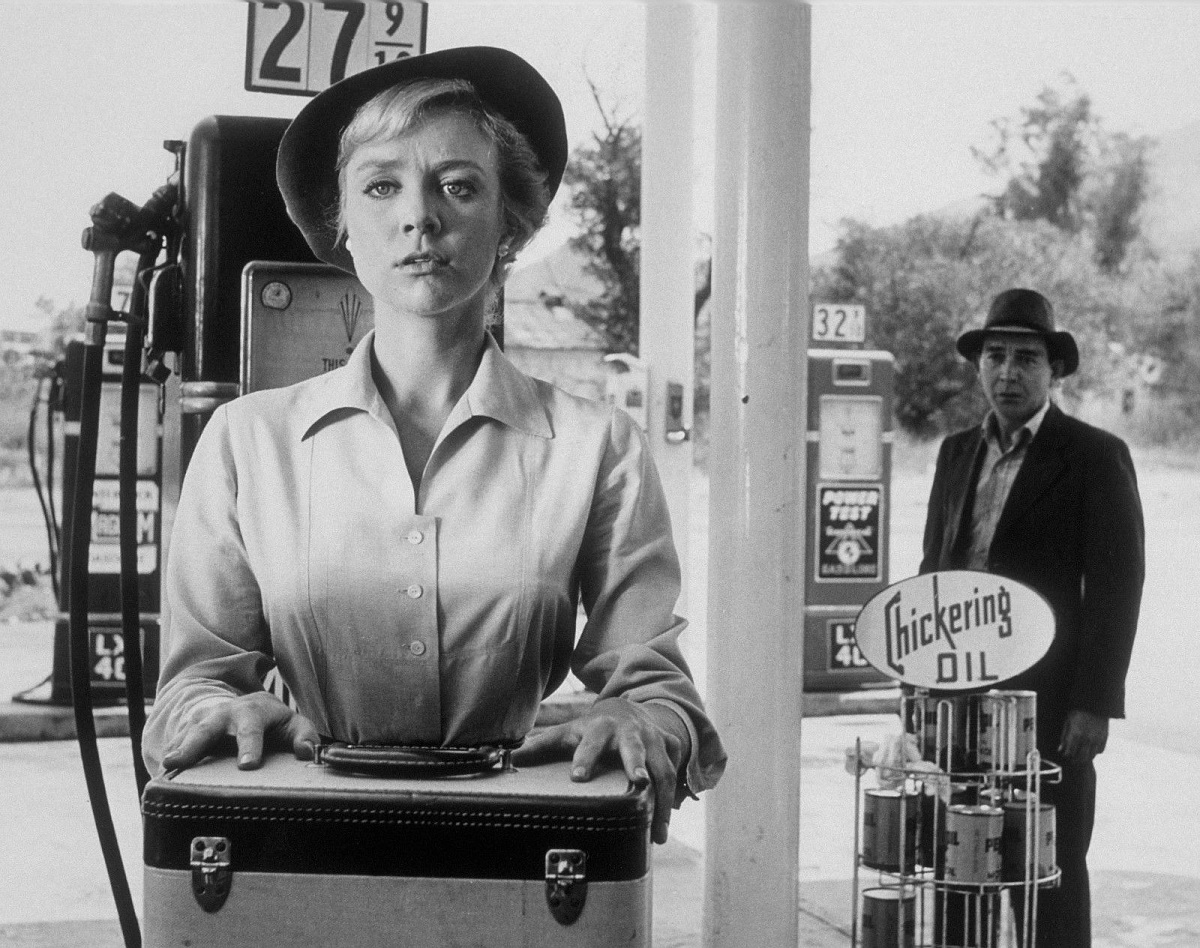 This Rod Serling script from a radio play by Lucille Fletcher is incredibly simple, incredibly straight-forward, and incredibly scary. A woman gets in a car accident in the desert and miraculously survives. As she goes to a mechanic, she finds herself steadily pursued by a hitch-hiking drifter, whom she can’t seem to shake. But you can’t outrun the hitch-hiker when he’s coming for you. It’s truly unsettling. 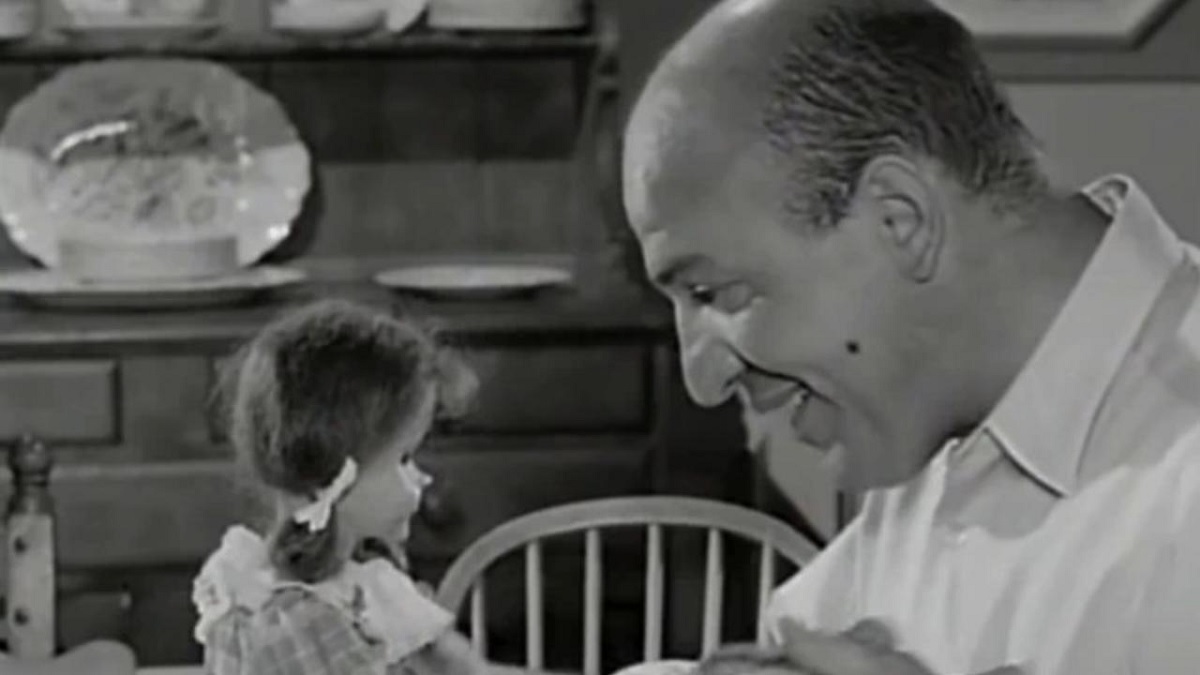 Do you need much reason as to why this one’s so scary beyond just its title? Living dolls are scary as fuuuuuuuu. A mother buys her daughter a Talky Tina doll (voiced by the great June Foray) to make her feel better because the mother’s new husband (Telly Savalas) is infertile and super not excited about it. He takes out his hostility on the doll, but then the doll begins to respond saying things like “I hate you, Erich. I don’t forgive you.” And then it just won’t be gotten rid of. Ooooof. 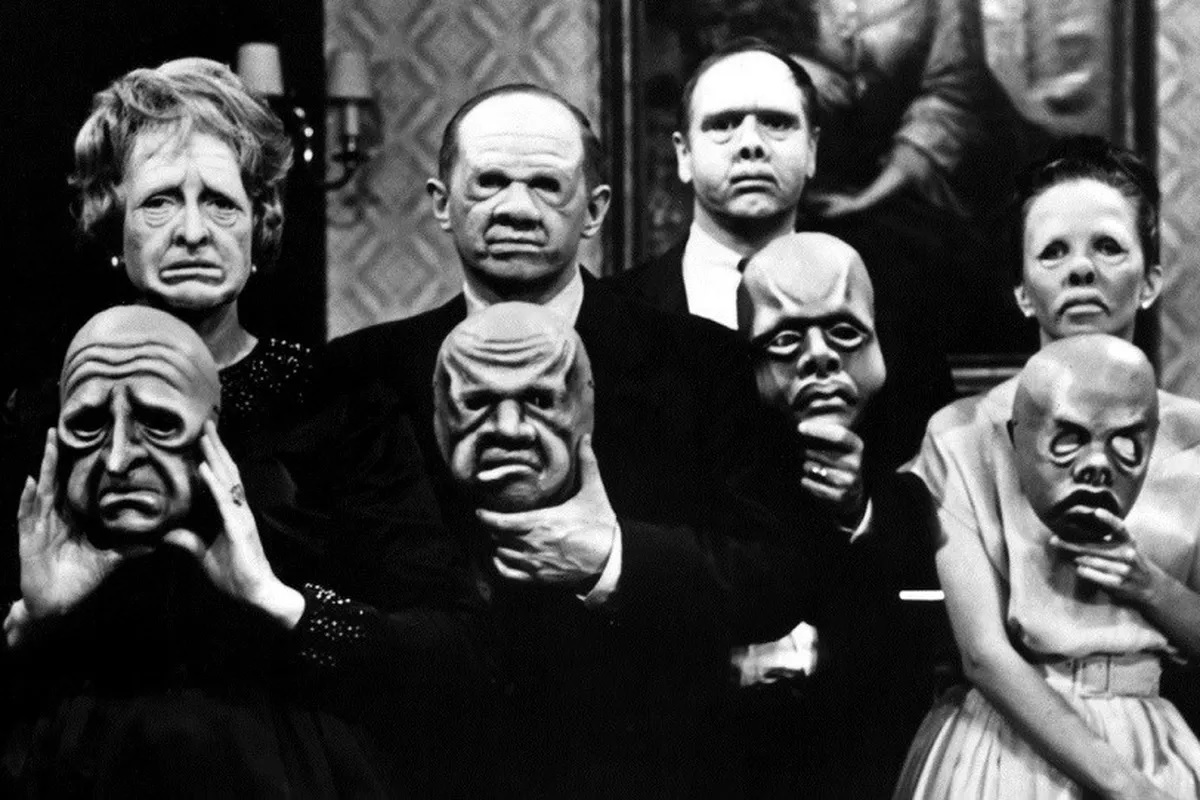 All the best episodes of The Twilight Zone have a horrifying twist ending, and since “The Masks” — written by Rod Serling and directed by the great Ida Lupino — isn’t maybe as well known as some others, I’m not going to spoil it. The premise is that a wealthy, dying man summons his horrible relatives to his death bed and forces them to wear grotesque masks that reflect their shitty personalities until midnight. If they don’t, they get none of his fortune when he passes away. The masks begin giving them horrible anxiety and pain, but that’s not even the worst of it. 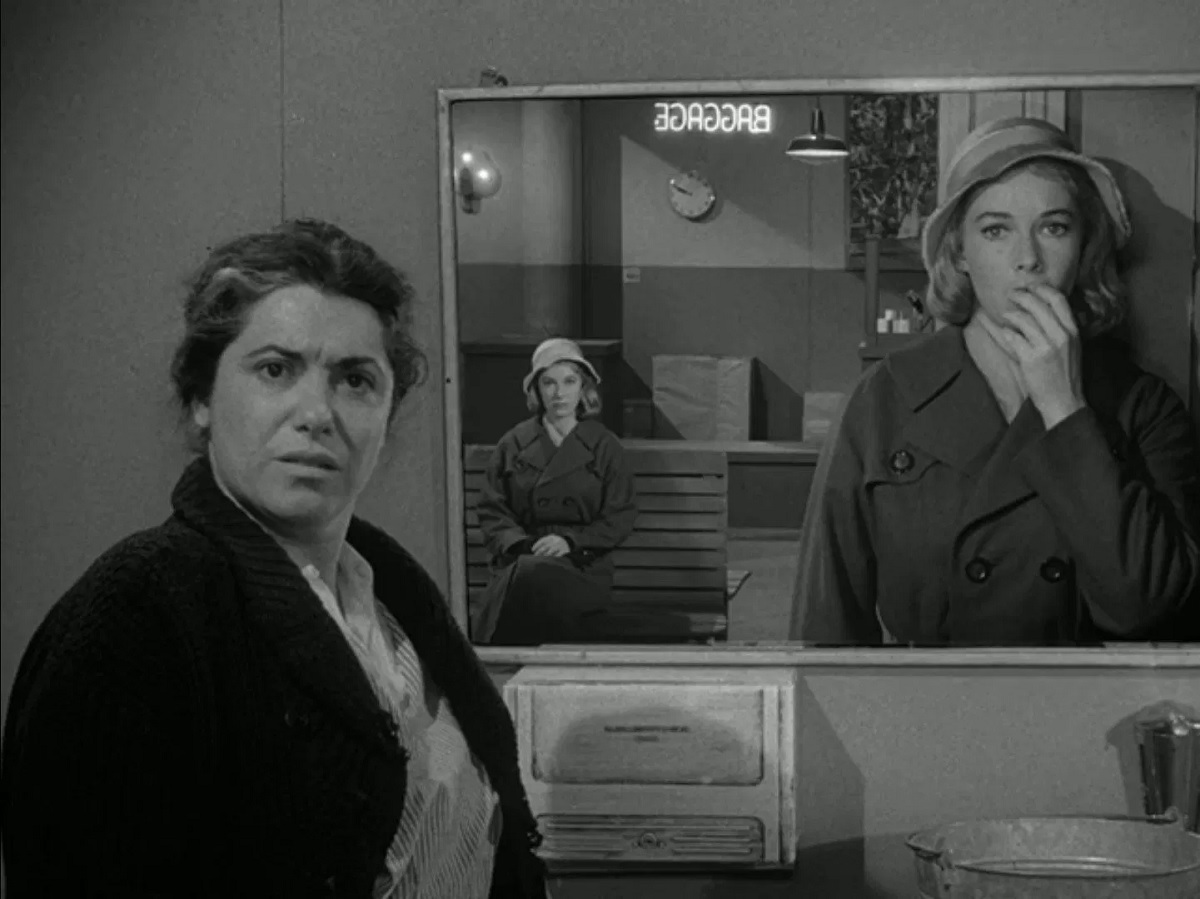 Loss of identity is a major theme of sci-fi/horror and of The Twilight Zone specifically. This one is maybe the best example of that, and the scariest by far. An early episode by Rod Serling, it follows Vera Miles as a woman waiting for a bus that’s late. Everyone in the depot claims she’s already asked them the questions, but she has no memory of doing it. Eventually, she sees a woman who looks exactly like her at various places in the depot and on the bus. Is she losing her mind? Could it be a lookalike? Is someone messing with her? Or is it some far more sinister plot entirely? A brilliant, simple, and effective horror story. 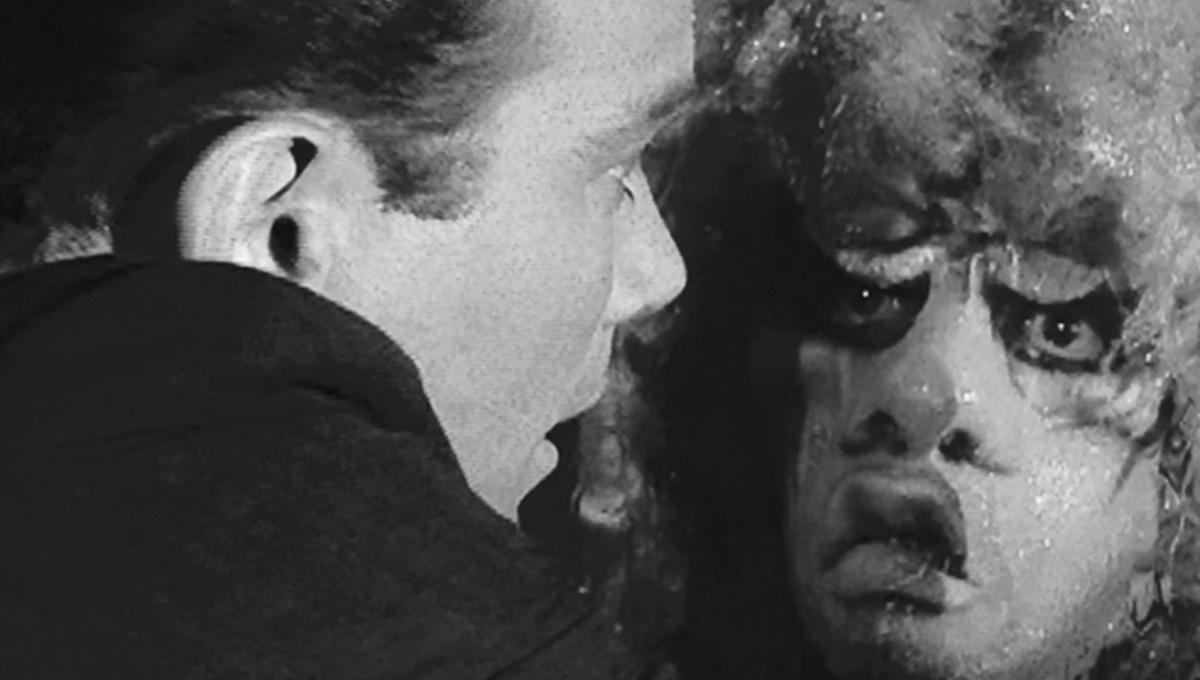 This is probably one of the top three most praised and recognizable episodes in the whole run of the show, and with good reason. It’s a hyper effective, incredibly terrifying half hour of television. Written by the great Richard Matheson (another of the series’ constant writers) and directed by the up-and-coming Richard Donner, “Nightmare” stars William Shatner as a man who’s terrified of flying, a fact which is made even worse when he’s forced to fly during a thunderstorm. He keeps thinking he sees a gremlin on the wing of the plane, messing with mechanisms. Is it a figment of his fears, or is there really a monster out there? “There’s…someone on the wing! Some….THING!”

The Eye of the Beholder 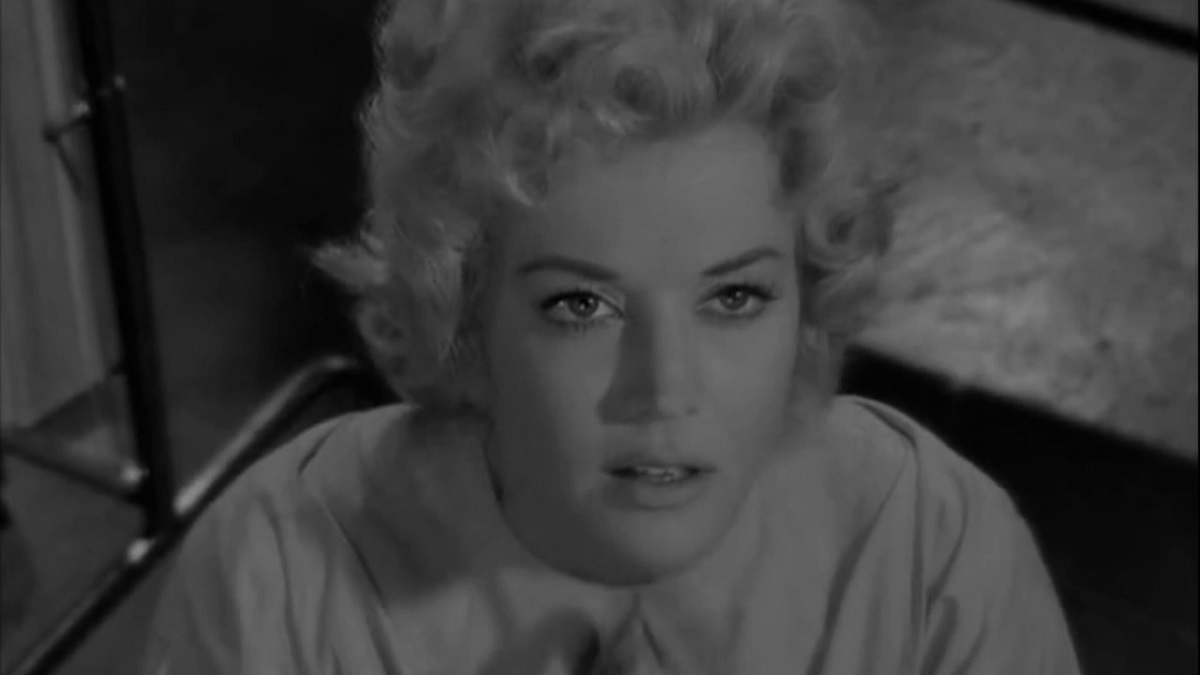 This is the third prong in the trifecta of the most well-known episodes of the show, and it too is very rightly remembered. Rod Serling wrote this script, depicting a woman with bandages on her face, lying in a hospital bed, awaiting to see if the surgery to correct her horrible disfigurement has been a success. The whole episode is shot so that we only ever see doctors, nurses, and other visitors from the mid-torso down. Eventually, her bandages are removed to reveal she’s beautiful! But everyone says they’re so sorry it didn’t work… that’s when we see what everybody’s faces look like, we realize beauty really is in the eye of the beholder. 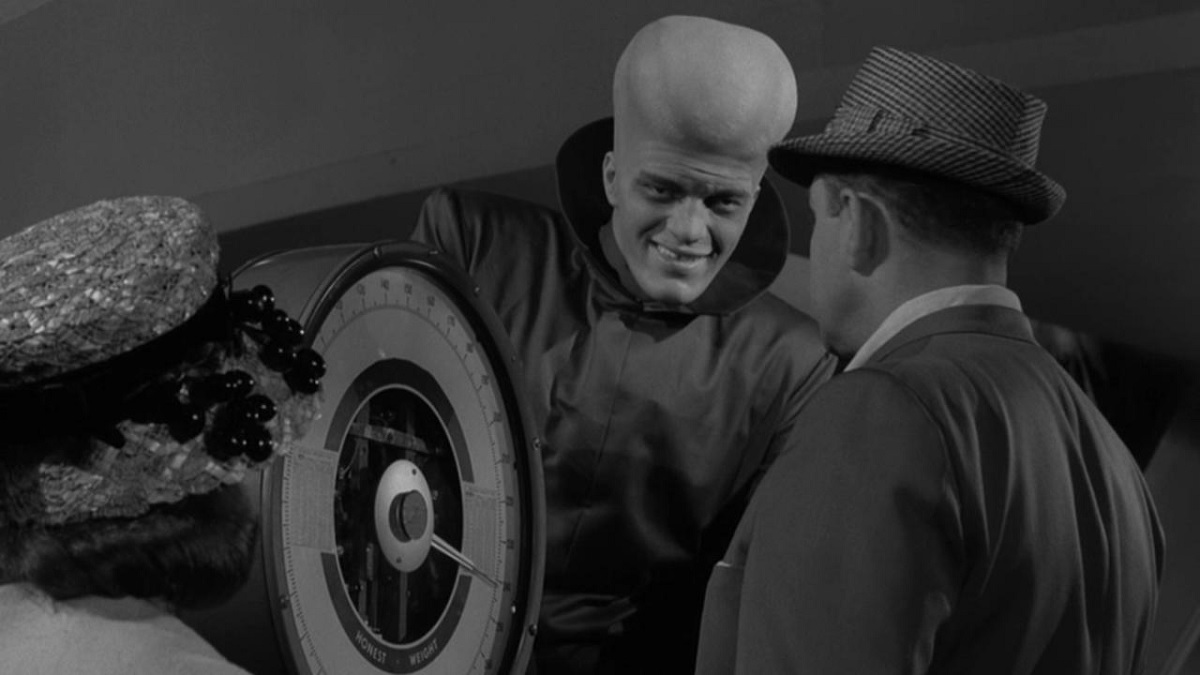 This episode — written by Rod Serling from a story by Damon Knight — feels perhaps the most like a Tales from the Crypt episode, with a truly macabre and freaky twist ending. Huge, 9-foot aliens with massive heads come down to Earth maintaining they are only there to serve man. A Cryptologist attempts to decode a book they leave behind and find it to truly say “To Serve Man.” The aliens go around saying they just want to take humans to their home world, which is like a paradise to people. But in translation, inflection and homonyms are everything, and the true is far more…delicious…than they might have expected.

And these are merely seven of our favorites. What’s the scariest episode of The Twilight Zone you’ve seen? Sleep well.