It’s 1993, in the barren midlands of West Memphis, Arkansas, where every house, road, and car is gray or brown, where tornadoes are the only disruptor of a placid way of life. Until today. Today is May 6, the day the bodies of Steve Branch, Michael Moore, and Christopher Byers are found in a drainage canal in Robin Hood Hills. Within a year, three other boys–Damien Echols, Jessie Misskelley, Jr., and Jason Baldwin–would be in prison for the crimes. They would be released almost two decades later after global controversy regarding the handling of the case and the ludicrous hysteria derived from almost zero evidence. The convinced teens, immortalized as the West Memphis Three, became symbols of an epidemic known as “Satanic panic,” a phenomenon that spread throughout America in the 1980s and ’90s; it is still the subject of much curiosity today.

HBO’s True Detective addressed Satanic panic head-on in its first season, recalling cases like the Oak Hill and Fells Acres day care abuse scandals, although it was ultimately rooted in a factual abuse case (the Hosanna Church trial) rather than the highly and wrongfully dramatized situations that placed a lot of innocent people in prison based solely on a fear of the devil. But in the series’ third season, which premiered this Sunday, Satanic panic makes its way back into the fabric of the show in a big way, directly referencing the West Memphis Three case in both setting and structure.

Are the references to that notorious case a hint at what’s to come, or merely a red herring meant to distract us from the true culprits? Here’s a breakdown of all of the West Memphis Three references in the first episode, “The Great War and Modern Memory,” and what they could mean for the rest of the season.

The biggest indicator that the show is alluding to the West Memphis Three is the setting of the fictional town West Finger, Arkansas, which is too similar to West Memphis, Arkansas to be ignored. The crime that takes place in the show–the disappearance of two children last seen on their bikes–is identical to what happened to Branch, Moore, and Byers, although they were all found dead. In the show, Will Purcell is found dead in the woods while his sister is just missing–and, by episode’s end, presumed alive. 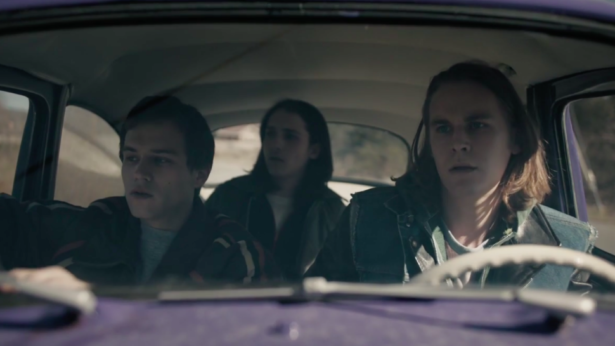 Echols, Misskelley, and Baldwin all have True Detective counterpoints, as seen in the episode’s opening moments as three teen boys drive through the streets of West Finger in a flashy purple Volkswagen Beetle. The trio with their long hair and leather jackets certainly recalls the West Memphis Three, who were singled out in their hometown for their alternative tastes and looks. In reality, Misskelley was barely associated with best friends Echols and Baldwin, but he was hounded by police until he made a confession (which frequently changed) indicting himself and their pet suspect, Echols, who was later sentenced to death for the crime.

This one is a bit more speculative on all accounts. One of the key factors in the release of the West Memphis Three was a documentary series titled Paradise Lost, which, perhaps coincidentally, was also produced by HBO. The documentaries sided with the three convicted teens, painting a portrait of their innocence. The first, Paradise Lost: The Child Murders at Robin Hood Hills, also featured music from Metallica, the first time the rock band allowed their music into a film. The Paradise Lost films are highly sympathetic to the trio, but aren’t so kind of the parents of the murdered boys, especially not to John Mark Byers, adoptive stepfather of Christopher. He’s portrayed as an eccentric possible liar, and who at one point gave the documentary filmmakers a knife that contained blood DNA similar to that of his stepson’s. In the time since the murders, some online conspirators have also speculated that Stephen Branch’s stepfather, Terry Hobbs, is guilty of the crimes, given his violent past and other DNA evidence.True Detective doesn’t fully allude to all of the possible suspects in its first episode, but it does cast a few doubtful shadows on the parents of the missing Purcell children, Tom (Scoot McNairy) and Lucy (Mamie Gummer), as well as Lucy’s cousin, Dan O’Brien (Michael Graziadei). 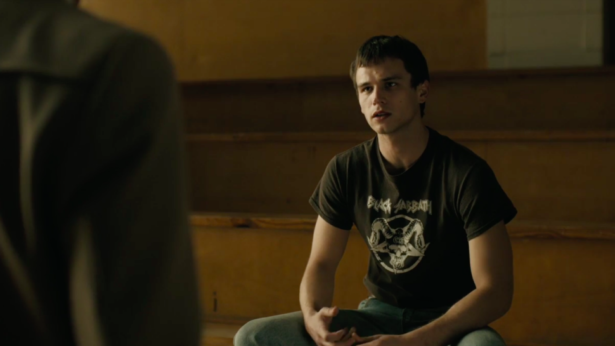 The West Memphis Three were initially singled out in their conservative community for being fans of heavy metal and other “dark” things, like author Stephen King. Echols, in particular, drew ire from local police for his bad attitude and love of all things occult. In “The Great War and Modern Memory,” one of the three suspects, Ryan Peters (Brandon Flynn), attracts the attention of Detectives Wayne Hays (Mahershala Ali) and Roland West (Stephen Dorff) for wearing a Black Sabbath t-shirt. West questions the name on his shirt, to which Peter replies, “I mean, it’s just a band.” Hays points out a black sabbath is “a Satanic mass,” and again Peters adds, “I think it’s just their name.”It’s unclear how this will all play out. Will the boys be accused of the murder of Will Purcell and the disappearance of his sister, Lucy, because of their darker interests, like hanging out at a local spot called Devil’s Den? Are they actual suspects or just the first people police are talking to? The answers will reveal themselves in good time, but for now, we’re just excited that True Detective is back and as good as ever.