Critical Role is a live Dungeons & Dragons show featuring Dungeon Master Matthew Mercer and his troupe of fellow voice actors. Catch them every Thursday night at 7:00 PM PT on the Geek & Sundry  Twitch channel and on  Alpha.

Invite the Mighty Nein into your home this holiday season! These DIY clear ornaments feature Ariana Orner’s official character portraits of Caleb, Caduceus, and Jester, and they’ll fit right in with lights of the dancing tree. Instead of a wall of fire around Caleb and his allies, you’ll make a wall of glitter, which even the somber wizard would admit is much nicer. 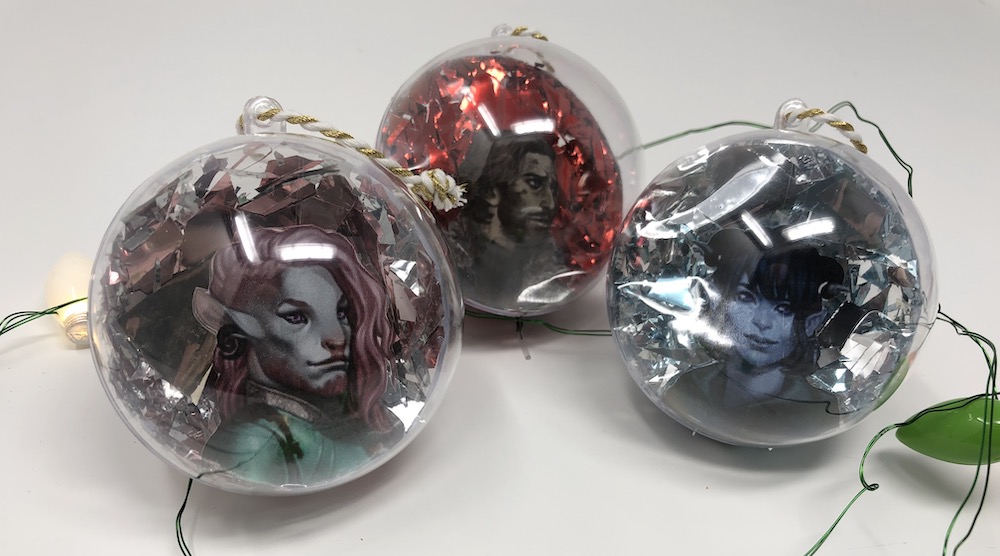 Step Two: Fill the inside half of the plastic ornament with the confetti glitter matching the character you’re making. 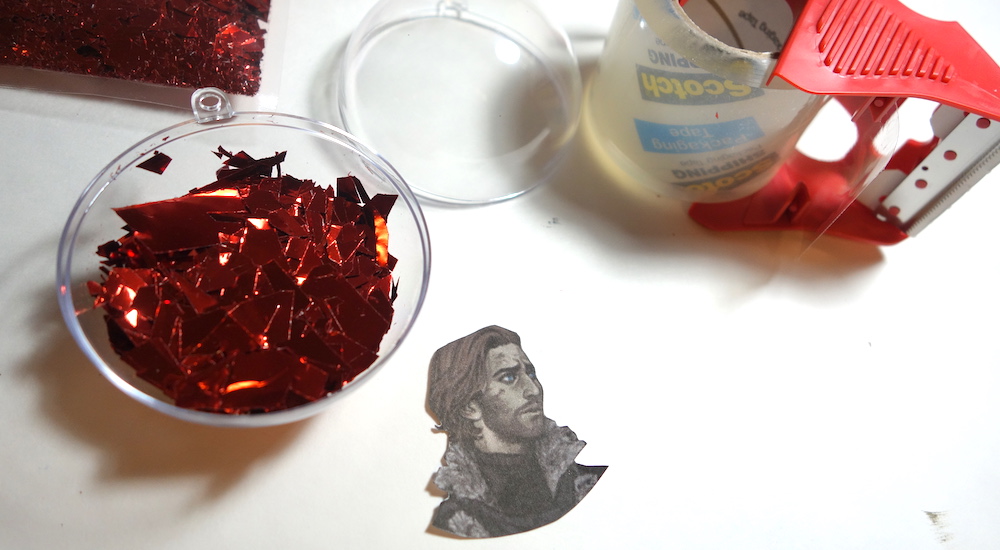 Step Three: Cut two pieces of clear packing tape or cut a square of contact paper so that it will cover the entire ornament. (Overlap the two pieces of tape in the middle.) Place the portrait ink side down on the sticky side of the tape. 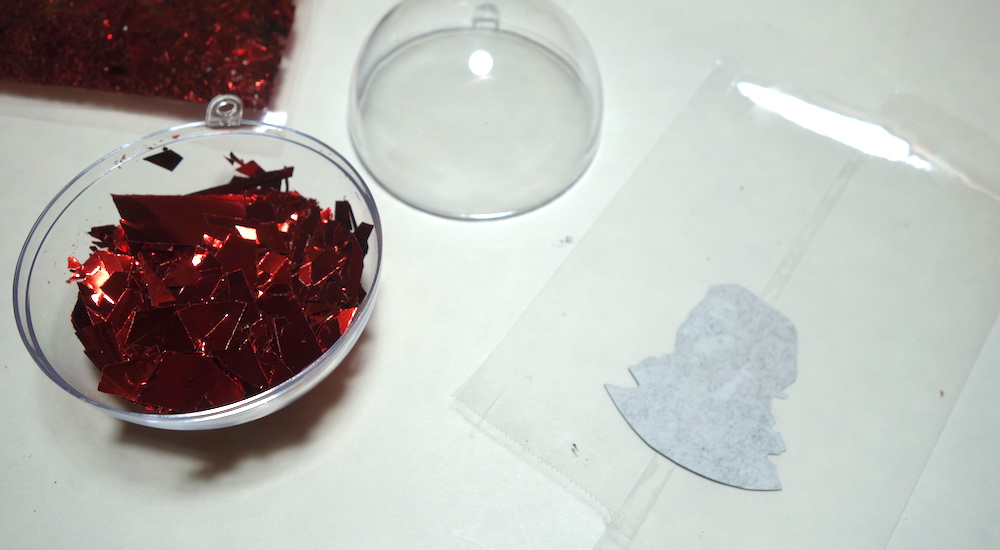 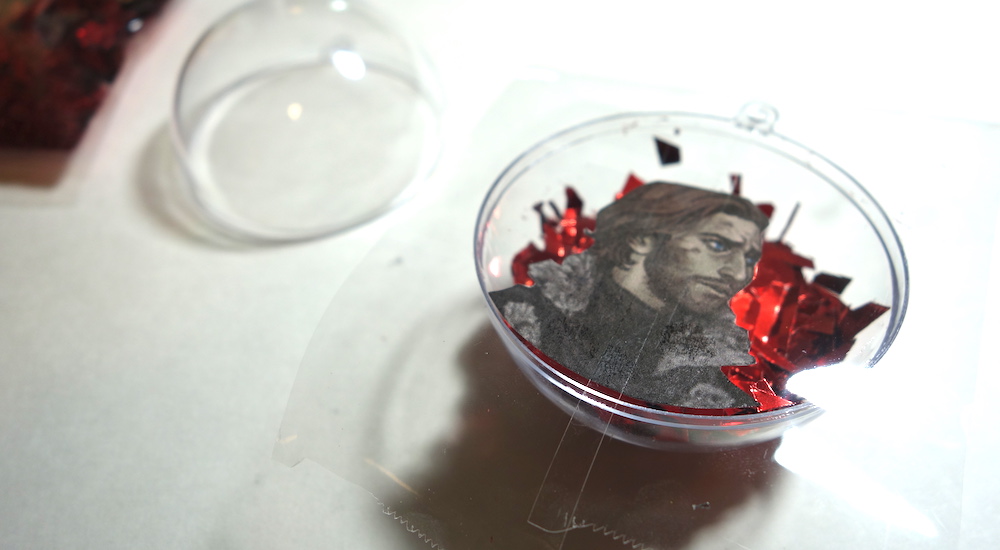 Step Five: Press the outside half of the plastic ornament on the top, gently snapping the two sides together.

Step Six: Give the ornament a little shake and the glitter will stick to the tape, forming the “wall” of glitter.

Step Seven: Repeat with the other portraits. 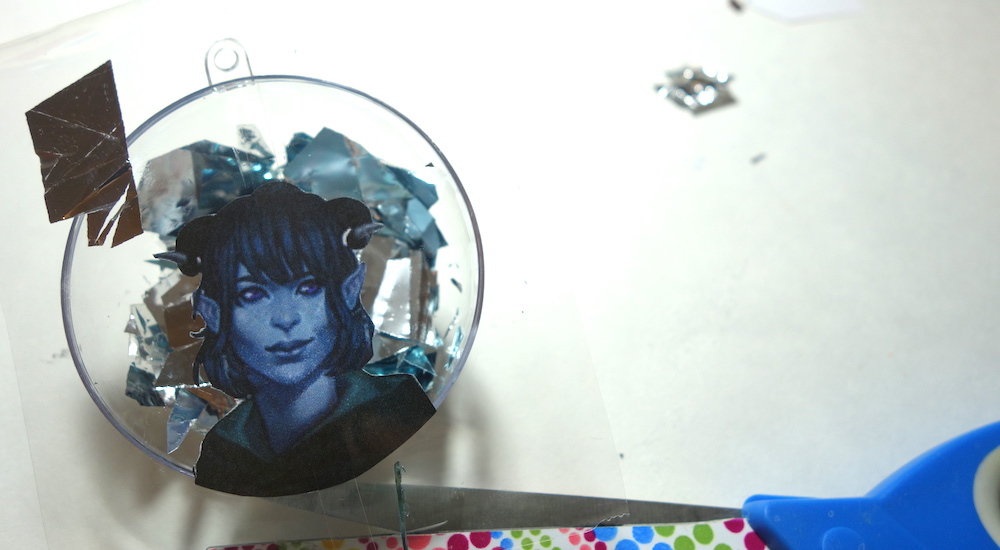 Step Eight: Tie the gold or silver cord to the top of the ornament, and the Mighty Nein are ready to hang out on your tree!