Ever since the Matrix of Leadership popped up in Revenge of the Fallen, long-time Transformers devotes have wondered if the live-action movies might get around to introducing Hot Rod, too. Maybe they’d even have him succeed Optimus Prime as head honcho? For fans, it’s always easy to get ahead of ourselves. Still, Michael Bay does seem to have much pointed intent in the way he’s recently shared a stats card for the Autobot also known as Rodimus Prime. The Rod will be showing up in the Last Knight, and should have more going on than just being bros with Bumblebee, surely? 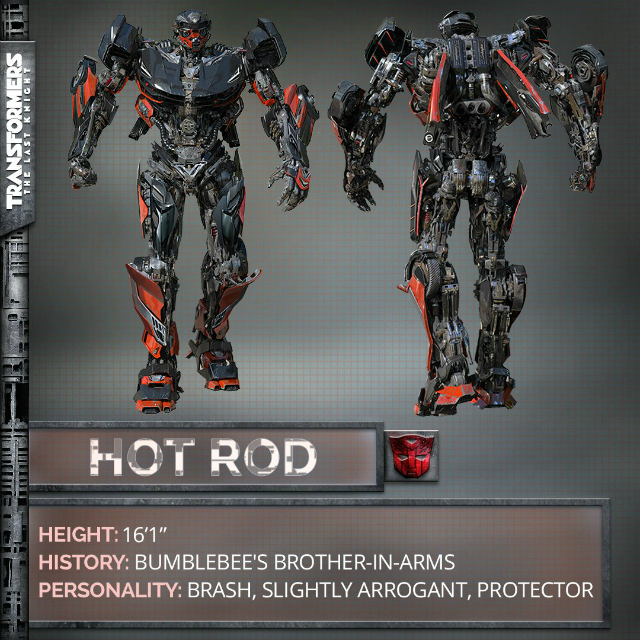 Of course, this Hot Rod looks quite different from the Hot Rod who lit our darkest hour in the Transformers animated movie from ’86. Ten years and four movies later, and many TF fans would still love to see a live-action version of the toon that looks and sounds a little more Generation One.

The creative people at Chisel Pixel have certainly had that desire–and they’ve put it to action. Pairing cosplay with a whole host of old school effects technique like miniatures and rotoscoping, they’ve produced Generation 1. It’s what a live-action TF show would’ve had to look like in the 80s. And with just a single nine-minute episode, this web series has already fit in more Autobots and Decepticons than some of the official Transformers movies were able to cover in over two hours.

Starscream, Ironhide, Shockwave, Wheeljack, Thundercracker, and Prowler? All accounted for. They look like the old characters, and even sound like them, too, with an attention to authentic detail in sound design that rivals even Star Trek Continues. Watch on, and roll out?

Of course… Hot Rod hasn’t shown up in Generation 1 yet, sadly.

Never fear, though. There is, in fact, a rocking band of cosplayers who play covers of tracks from the old Transformers‘ movie soundtrack. They’re called the Cybertronic Spree. Their line-up includes Arcee, Unicron, and a Quintesso–and their frontman dresses as Rodimus Prime. They’re capital-R rad, too. Go on and get a shot of Energon, listening to their cover’s Stan Bush’s life-affirming anthem “Dare” below.

Which breed of Transformer delights you most here? Sound off in the talkback!