Toy Story, a world where toys are sentient beings who experience real emotion, has always raised fascinating philosophical questions. We thought we had reached the zenith/horror of how far those difficult quandaries could be pushed in Toy Story 3‘s most brutal scene, when the gang joined hands and accepted their impending death. (These are kids movies, right?)

However, the first teaser for Toy Story 4 has added a whole new level of existential intrigue for us to ponder over thanks to Forky, “a spork-turned-craft-project” who does not want to be alive.Before seeing that utensil scream in terror, we had always just assumed that only toys, and no other objects, were “alive” because that’s just how things are in that universe. Now we don’t know what to believe… or what to believe in. Here are some of the most difficult questions Forky’s tortured existence raises.

When do toys come to life? Does a child’s love give birth to them?

We never considered this before, because we always assumed when a toy (something clearly created to be a toy) was made it was “born.” But Forky doesn’t seem to have existed before Bonnie transformed him. Was Forky “born” the second she finished making him, or did he only gain sentience when she loved him and decided he was a toy? 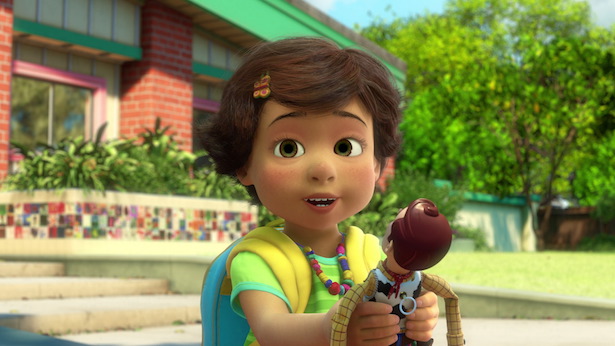 What makes something a toy?

A doll or an action figure we get, but does a spork sparsely decorated with googly eyes and pipe cleaners constitute a toy? If you eat off a chair does it become a table? If you play with your mashed potatoes does it gain consciousness? (Sorry for the food analogies; “Forky” strangely makes me hungry.) Where is the line between “arts and crafts” and actual toy? Between “played with” and “plaything?” Because it must exist, otherwise Woody and Buzz would also be talking to stationary all the time.

If a small child can take some simple supplies, glue them to a utensil, and create a conscious being who can feel dread, are humans gods? Are only children gods? Or is only Bonnie a god? If so, what kind of god calls a spork “Forky?” If god is not infallible, what does that mean for the fate of the entire universe? And why does god seem to disappoint us so much? Sorry, kinda lost track of the Toy Story element there for a second.

Do toys have souls?

It might seem obvious that they do, because they experience emotion, have consciences, and even have a level of free will, but that doesn’t guarantee they have what we might think of as an eternal soul. If toys only live because children love them, what happens when they aren’t there to be loved. If a toy is destroyed, instead of dying, does it merely cease to exist the same way a tree doesn’t after it’s burned down? 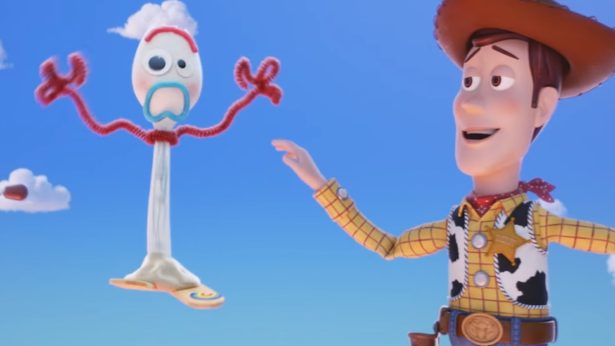 Is there a Toy God?

If kids/humans don’t create sentience in toys, do they have their own supernatural creator? What does Toy God look like? How does it keep all of those individual toys of the same product straight? Did Toy God exist before Toys? Could “Human God” just be “God God” and cover everything? If not, is there also an “Animal God?” Can we meet “Animal God” and pet it?

What does the afterlife look like in a plane of existence where toys have souls?

If toys have souls and there’s an afterlife, do they go to the same place as us? What’s that like? Are toy souls physically small? Do we have to avoid stepping on them? Is that better or worse than meeting a billion life-sized Barbies? Or do they just get their own Toy Heaven? If so, who plays with them? What kind of Toy Heaven isn’t filled with kids playing with them? 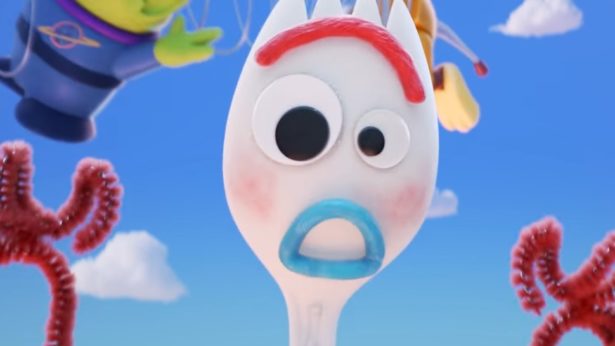 What defines existence: birth or purpose?

You know what? Never mind! This goes well beyond some weird question about sentient toys. This gets to the very nature of our own existence, and wee don’t want to deal with that anymore than Forky does.What do you think? What kind of deep, existential questions does Forky raise? Share your thoughts with us in the comments below.