TOP GUN: MAVERICK's Trailer Shows Not Much Has Changed - Nerdist

TOP GUN: MAVERICK’s Trailer Shows Not Much Has Changed

“The more things change, the more they stay the same.” That old adage certainly comes to mind watching the first official teaser for a sequel over 30 years in the making. Because when you’re truly a maverick, age doesn’t mean you suddenly learn to play within the rules. It doesn’t mean you can’t still rock a bomber jacket though, like Tom Cruise does in the first trailer for Top Gun: Maverick, which got a surprise release at this year’s San Diego Comic-Con. However, his old coat is far from the only thing that reminds us of the original 1986 film.

If you didn’t know this was an official sequel, would you think this was a spoof? There are so many shots that are reminiscent of the original – including sweeping scenes at sunset, Maverick riding his motorcycle alongside a jet taking off, playing the piano in a bar while a bunch of soldiers sing, a shirtless game on the beach – that this almost borders on parody.

That doesn’t mean the film will feel that way though. This is just an opening teaser, designed to get people excited. And if you love the original, you might just want to see more of what you love. Of course, this could be exactly the type of tone the movie will try to pull off- a fun, self-reverential action flick that pays homage to the original by playing up all of that film’s ridiculous elements.

There will be a real story though, one only hinted at here. Miles Teller, seen briefly playing the piano and screaming at someone else in flight school, plays Goose’s son. That mustache he’s rocking certainly helps make that lineage more believable. 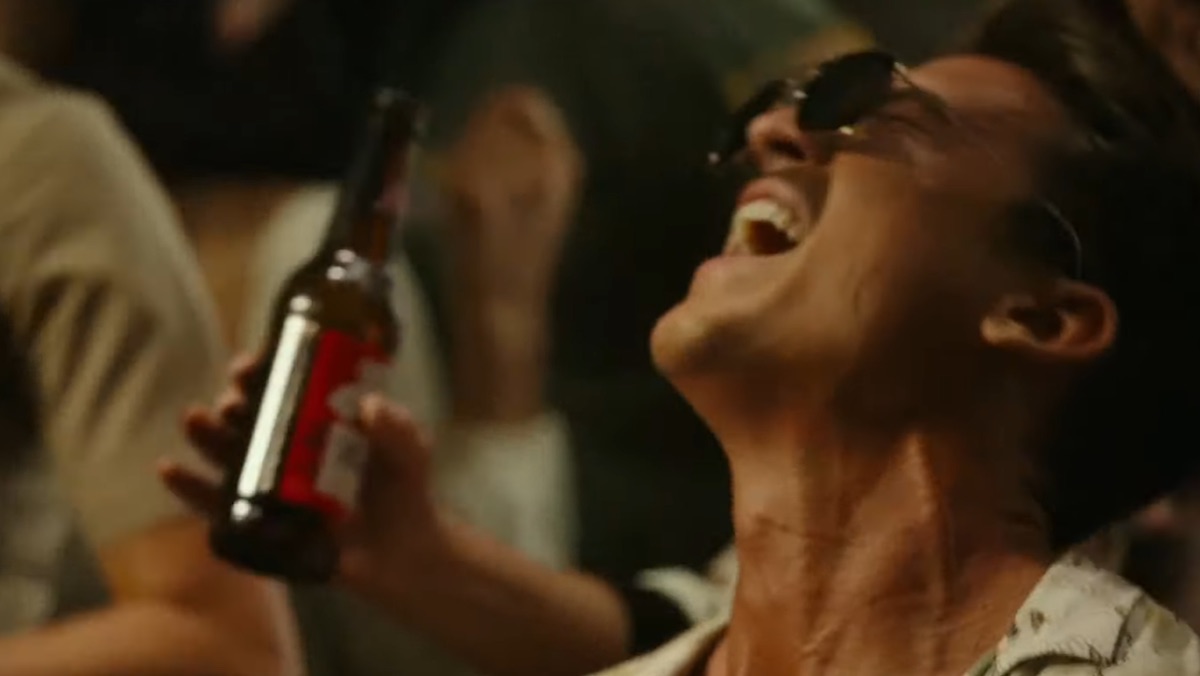 And while we do see Jon Hamm and Ed Harris, there’s no sign of Val Kilmer, despite reports he will return for the movie. Forget reminding us of the original with another weird volleyball game or a bomber jacket.

It would be cool to see Iceman. Without him we might lose our loving feeling for the movie.