Doctor Who has been passing some pretty impressive milestones lately. 2013 marked the show’s 50th anniversary, and March 26th marked the 10th anniversary of the show’s 2005 reboot. Since that first episode in 2005, “Rose”, Whovians have gotten to meet several wonderful traveling companions for the Doctor in Rose, Amy, Rory, Martha, Clara, and Donna, and some other great characters that didn’t have a permanent spot in the TARDIS but reappeared often like River Song, Jack Harkness, Jackie, Jenny and Vastra, Strax, Danny, Wilfred, and Mickey. However, sometimes my favorite characters are those that the Doctor only has adventures with once–maybe twice. While they aren’t ever properly “companions” to the Doctor, and they may never get to even see the inside of the TARDIS, their short time with the Doctor often has a profound impact on his life and his future choices. So after a decade of new adventures with the Doctor, I thought I’d tip my hat to those amazing one-time companions we’ve met since the reboot. 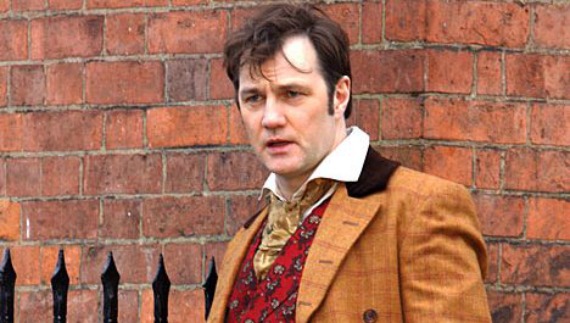 When Jackson first meets Ten, we are lead to believe that this is actually a future regeneration of the Doctor–one who lost most of his memories. Watching Ten interact with a man he believes to be a future version of himself is hilariously fun, and his story has a bit more depth than a lot of the Christmas specials. Jackson is able to save London from a Cyberman invasion, despite having limited resources, a…less than stellar TARDIS, and a severely jumbled memory. Jackson’s adventures with Ten was also David Tennant’s last Christmas special, which makes this episode a bit special as well. 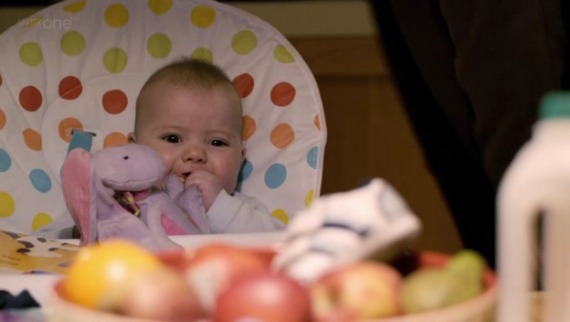 Able to only communicate directly with the Doctor (who is fluent in baby, because of course he is), Stormageddon was an unexpected source of humor and sass during his time with Eleven. He also ended up being the source of motivation to get his father to summon his courage and defeat a Cyberman invasion. If he did all this as a baby, I can only imagine the amazing human this one will grow up to become. 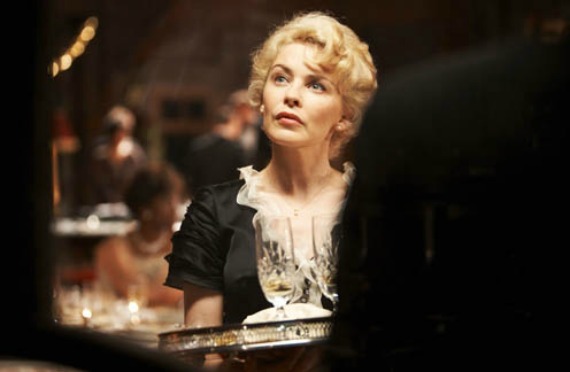 Astrid had a big heart and even bigger dreams. When she first met the Doctor, he was instantly taken with her. Astrid managed to handle the craziness that comes with an adventure with the Doctor, and even got excited at the prospect of continuing her adventures with him. She entered Ten’s life just after Martha stopped traveling with him, and proved that she could certainly hold her own in the TARDIS. She ultimately did get to travel the stars, just not in the way we expected or hoped. 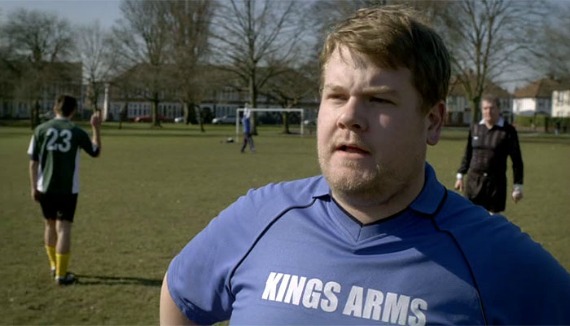 Craig has the very rare opportunity of being roomies with the Doctor on Earth, not the TARDIS. Unbeknownst to Craig, his flat was infested with a strange, alien presence–and that was before Eleven moved in. Eleven and Craig have a hilarious friendship, which is such a fun thing to see since the Doctor so frequently travels with women. Craig managed to go from lovable idiot to lovable idiot father, to the brave man who stopped the Cybermen from upgrading him and destroying the earth. I’d love to see Craig meet Twelve, but I feel like Twelve’s grumpy nature might ruin their bromance. 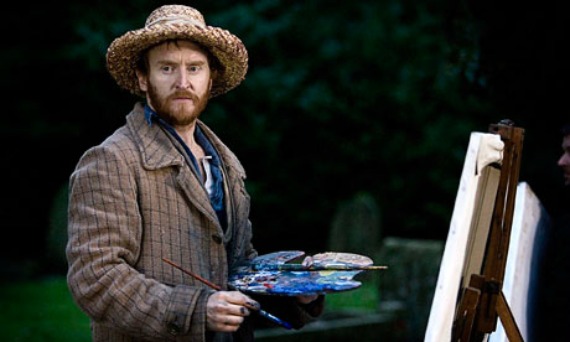 The Doctor travels back in time to meet Vincent van Gogh after his companion, Amy, suffers a particularly devastating blow on her personal life (avoiding details to because, like spoilers). Because van Gogh is one of Amy’s favorite artists, Eleven decides to take her back in time to meet him. Of course, van Gogh suffered a notoriously troubled life, so despite an amazing, alien adventure and a particularly feels-inducing journey to a modern-day museum, Amy and the Doctor are unable to change Vincent’s choice to ultimately take his own life. While Amy is particularly devastated they were unable to save Vincent, their adventure with the troubled artist brought one of my favorite quotes from Doctor Who, “Every life is a pile of good things and bad things. The good things don’t always soften the bad things, but vice-versa, the bad things don’t necessarily spoil the good things, or make them unimportant.” 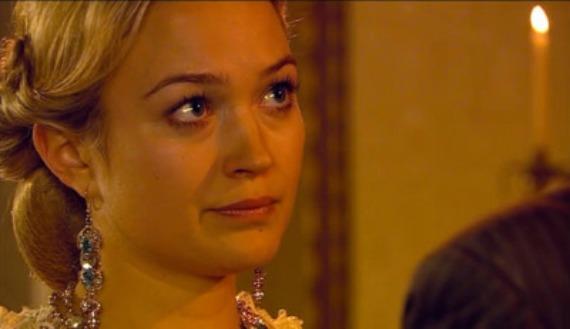 Reinette, like Lynda and Astrid, is one of those companions who proved herself to be an amazing individual who simply deserved better. We meet Reinette in one of my favorite episodes, “The Girl in the Fireplace”. She grows up with Ten occasionally peeking in to check on her through a time window behind her fireplace–and inventing the banana daiquiri. Unlike a lot of one-time companions, Reinette actually gets to step onto the TARDIS for a brief moment. Unfortunately, due to the unwieldy nature of the time window and the Doctor’s rule of timeline crossing, Reinette doesn’t get to travel the universe with the Doctor as he promised. 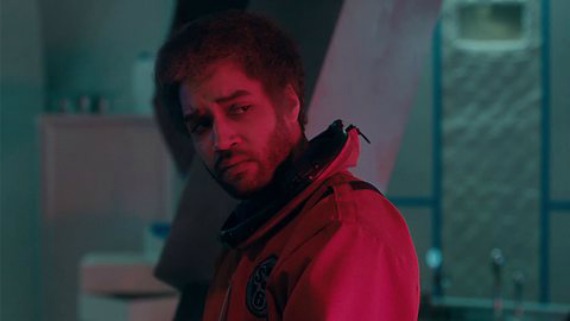 Ugh, Orson Pink. Orson is a brave time traveler who becomes trapped at the end of the universe. Twelve and Clara end up saving him from one of the creepiest monsters (that we still have no idea what it is) in season 8. Orson proves himself to be a brave man and he probably would have been an amazing companion, however, if I’m honest, he’s really on the list because of his implied lineage. After the events of season 8 finale and the Christmas special, Orson Pink has been the product of one of my biggest Who-related frustrations. 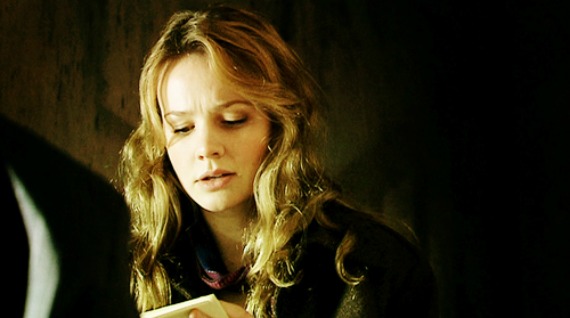 If you’ve ever asked a Whovian where to start watching Doctor Who, chances are they suggested you start with the episode “Blink”, which happens to be the episode in which we meet Sally Sparrow. Sally’s adventures with the Doctor prove unconventional, as she never actually meets the Doctor until the adventure has been completed. Instead, Sally manages to combat the super-creepy Angels via easter eggs found on various DVDs where Ten has recorded his half of a conversation with Sally. The fact that Sally manages to help save London from an Angel invasion (for the time being, anyway) with very limited and complicated help from the Doctor makes her an amazing companion in my book. She is one, like Craig, that I still harbor hope for the Doctor encountering again. 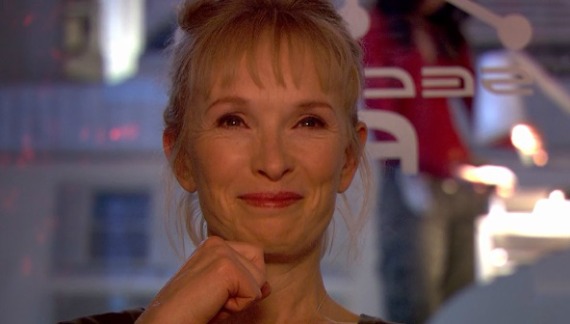 Adelaide Brooke is one of the first humans to travel to Mars and start an (initially) vibrant, life-sustaining compound. She taught us two very important lessons: 1. Never drink the water on Mars, and 2. The greater good is far more important than one person. Adelaide meets Ten just prior to his regeneration, and despite being a part of a tragic, fixed point in time, she is still saved by the Doctor. Because of the Doctor’s long life, he has a habit of getting a bit of a big head, and needs companions to knock him back down a peg or two. Adelaide was able to do just that, reminding the Doctor that saving her could have irrevocably damaged the future of the human race, and that simply because one can do something, doesn’t mean one should. Hers is a story that ultimately ends in tragedy, but without her interaction in Ten’s life, he could have easily become an evil Time Lord similar to the Master. 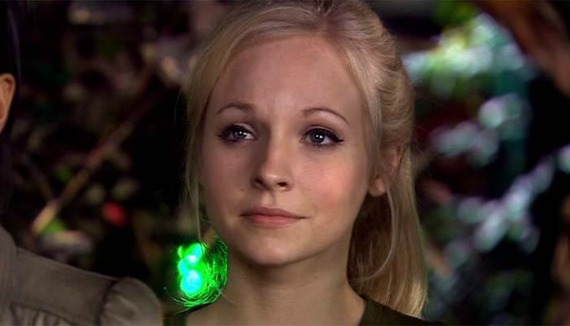 I’ve mentioned holding out hope that the Doctor would travel with some of the individuals on my list again, but Jenny is the one I most want the Doctor to meet again. Jenny is actually the “daughter” of the Doctor, as her existence is the result of stealing a genetic sample from Ten. The Doctor has always been adverse to violence, soldiers, and guns, which made Jenny’s programmed knowledge of warfare, weaponry, and soldiering a bit awkward for her dear old dad. Ten had to work through his troubled feelings 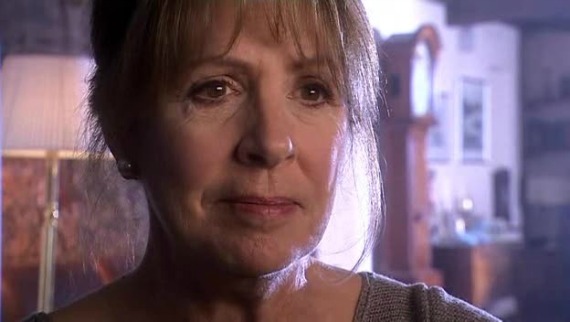 The only reason Harriet Jones is in honorable mention is because while I don’t think she’s necessarily a one-off companion, she’s also not traveled with the Doctor enough to make her a recurring companion. Regardless, Harriet Jones, former Prime Minister has managed to go from a concerned citizen, to Prime Minister ushering in Britain’s Golden Age, to disgraced leader, to a world hero. Despite that bit in the middle of her time with the Doctor where she kind of almost destroyed everything by using Torchwood to defeat the Sycorax, Harriet Jones ultimately sacrificed her life to save the world. She was largely selfless, ambitious, and incredibly brave. Oh, yes, former Prime Minister Harriet Jones, we know who you are.

Who were some of your favorite one-time companions on Doctor Who, new or classic Who? Let’s talk about it in the comments!