Tom Hiddleston Performs Very Upsetting ASMR (But We Love It)

Celebrity ASMR videos are all the rage right now. From Phoebe Bridgers to Cardi B, celebrities are getting up close and personal with a giant mic, whispering softly or gently playing with bubble wrap. Tom Hiddleston and his dulcet voice is an ASMR no-brainer, is it not? Unfortunately for us, we have to wait a little longer for the Loki star’s soothing magnum opus. In a recent appearance on The Tonight Show Starring Jimmy Fallon, Hiddleston played a game that was really something of an ASMR nightmare.

Hiddleston is also something of a master impressionist. Of both people and objects it seems. The actor popped by The Tonight Show to chat all things Loki. The actor’s not only reprised the character for the Disney+ show of the same name, but he also made an appearance in a new Simpsons special and will pop up next in the Marvel animated series  What If…?, which debuts on Disney+ in August. Hiddleston remained very mum on what to expect from the upcoming Loki finale and the character’s future, of course. He did, however, acknowledge the many questions related to the show’s Time Variance Authority and its origins, teasing that “time will tell.”

But after masterfully dodging MCU questions for 12 minutes, Hiddleston stuck around to play a game with Fallon. Mimic Challenge capitalizes on the actor’s famed impression skills… with a twist. Instead of Owen Wilson or Robert De Niro, Hiddleston and Fallon instead did impressions of objects. Of the crinkling paper and shake weight variety. This is where we circle back to the ASMR nightmare. Crinkling paper, snapping pasta, and the soft rattle of a shake weight sound somewhat soothing, right? When followed by a person mimicking it using their mouths is decidedly not. 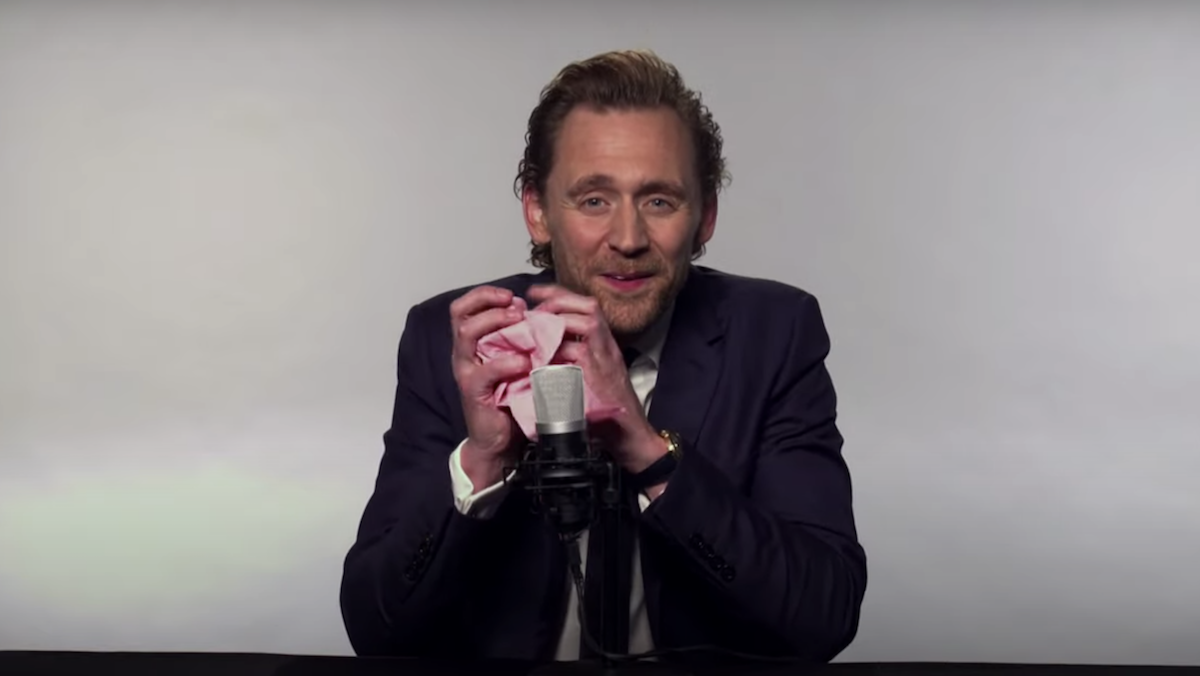 And yet, somehow Hiddleston manages to walk away from this challenge looking quite charming. Have you ever seen a grown man make a noise that can only be described as “dying pig”? And then walked away from the situation thinking that guy is so cool? Welp, there’s a first time for everything. In fairness, with the effortless confidence of Tom Hiddleston, anything is possible.