TO ALL THE BOYS Sequel Trailer Teases A Love Triangle - Nerdist

TO ALL THE BOYS Sequel Trailer Teases A Love Triangle

After firmly sweeping us off our feet with To All The Boys I’ve Loved Before, Netflix attempting to do it again with To All The Boys: P.S. I Still Love You. The sequel, based on Jenny Han’s novel, finds Lara Jean Covey (Lana Condor) and Peter Kavinsky (Noah Centineo) together—for real this time—and navigating their newfound status as a couple. However, as the trailer teases, their relationship is about to hit a major wrinkle. A wrinkle who goes by the name John Ambrose McClaren (Jordan Fisher). Yep, Lara Jean’s love letters are still causing chaos. In the trailer, Lara Jean and Peter promise to not break each other’s hearts. Ah, but if only it were that simple.

We are entering full love triangle territory. While teased in the first film (played by a different actor), John Ambrose is another recipient of Lara Jean’s love letters and he’s shaking things up in a major way.

In the novel, John Ambrose makes an unexpected reappearance in Lara Jean’s life, having moved away at the end of middle school. Their group of friends from middle school—including peter, Lara Jean’s best friend Chris, and enemy Gen—reunite for a long-running game of Assassins, testing alliances and relationships. As beloved as Peter is by fans, John Ambrose also has an equally devoted legion of supporters, something fans of Han’s trilogy can attest to. Think Team Edward vs. Team Jacob—but with more charm, adorable looks, endless swooning.

ICYMI: LJ, PK, JAM and all the Coveys came to steal hearts. To All The Boys: P.S. I Still Love You premieres February 12. Please plan your swoons accordingly. ? pic.twitter.com/LaviCFdMXw

It’s a new year and Lara Jean (Lana Condor) and Peter (Noah Centineo) are no longer pretending to be a couple. They ARE a couple. And, as Lara Jean navigates a trove of official firsts with Peter—her first real kiss, her first real date, her first Valentine’s Day—she finds herself leaning more on Kitty and Margot (Anna Cathcart and Janel Parrish), Chris (Madeleine Arthur), and an unexpected new confidant, Stormy (Holland Taylor), to help her manage the complex emotions that come with this new chapter of balancing a relationship and figuring out her authentic self. But when John Ambrose (Jordan Fisher), another recipient of one of Lara Jean’s old love letters, enters her life again she must rely on herself more than ever as she’s confronted with her first real dilemma: Can a girl be in love with two boys at once? 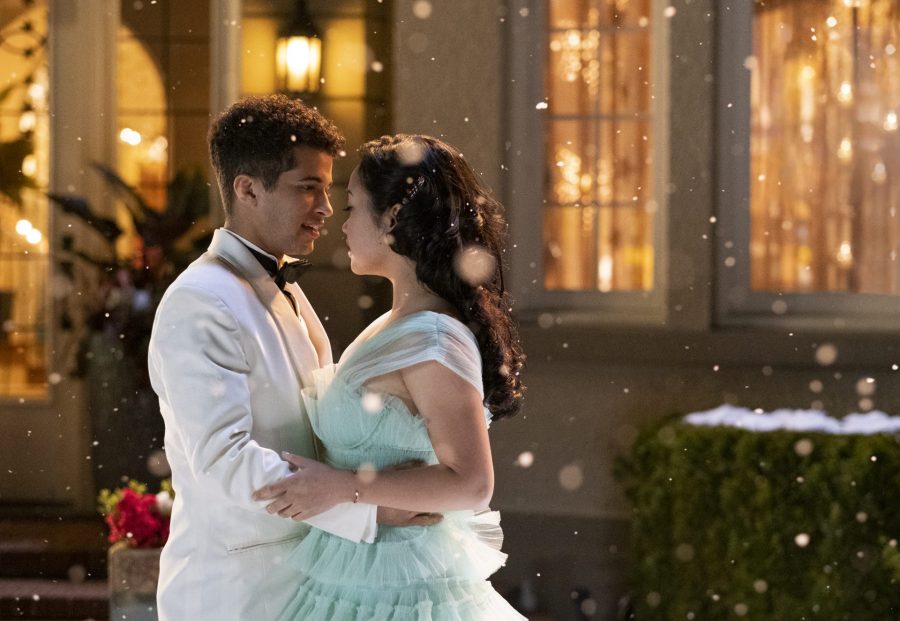 In August, Netflix confirmed the final act of Han’s trilogy, Always and Forever, Lara Jean, is also on its way. Just days later, Condor tweeted tweeted that filming on the entire franchise had wrapped. A release date for the third To All The Boys film has not been set yet.

TAGGED: Lana Condor, noah centineo, To All The Boys I've Loved Before, P.S. I Still Love You