Everyone remembers where they were when Dick Grayson uttered the immortal words “F*** Batman” during the San Diego Comic-Con teaser for Titans. Though at the time many felt like it was a cheap grab for grit and grimness, after watching the first three episodes I was surprised to find that Robin’s journey in the show is one I’ve wished the Batman comics would explore for the longest time: how does being raised by a vigilante who used you to fight crime affect you as an adult?Bruce Wayne’s penchant for taking on children as wards and training them to risk their lives in the pursuit of justice has always been a questionable one. Born of an era when publishers were eager to sell as many comics to children as humanly possible, “the kid sidekick” began as an innocent if not cynical marketing tool. But as the years have gone on and Bruce has continued to take on new Robins even in the face of their deaths, it’s become a topic I’ve thought about a lot. 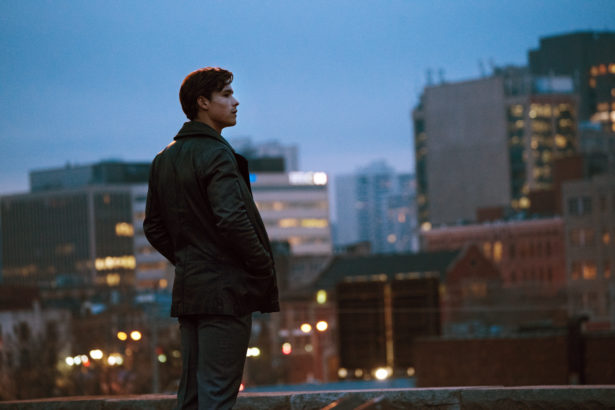 Adults are supposed to care for you, look after you, and if it comes to it, they’re supposed to protect you. Yet Batman shirks that responsibility, adopting Robin under the pretense of helping him only to sweep him up into his crimefighting lifestyle, exploiting the trauma of the young orphan he now has complete legal and financial control of. Titans does a great job of looking back at Bruce and Dick’s relationship, juxtaposing the young boy’s apparently loving and simple life at the circus with the extreme coldness of the vast wealth and splendor of Wayne Mansion.We barely see any of Robin’s life before Bruce in the first three episodes, building on the idea that nearly all of his formative memories were made with Gotham’s most famous son. The show uses a chillingly effective technique of never showing Bruce’s face (obviously, on the one hand, casting Batman would have been a huge deal) which gives us the distinct feeling that Dick never got to know the man behind the cowl, only the one who wore it.

Dick’s every decision and choice is shaped by Bruce and he knows it. It’s that knowledge that’s turned him from the Boy Wonder into a brutal vigilante hunting child predators on the streets of Detroit. It’s that same self-awareness that leads to the moment of doubt when he’s beating up a child abuser in a grimy alleyway. Dick seems to remember something Batman would have told him, likely about checking on the criminals you incapacitate, and he says the two controversial words more to himself than anyone listening.In an age when we’re all constantly reliving some kind of trauma, it feels almost radical to see a story center on a young man who’s dealing with the metaphorical demons of his past while battling some real ones in the present. Dick is someone who’s been so harmed by grief and allowing himself to trust the wrong person that he can barely bring himself to look after Raven, pushing her away repeatedly. In fact, in the show’s opening few episodes, it’s actually Starfire who takes on the more protective caring role that Raven sought from Dick when they first met. 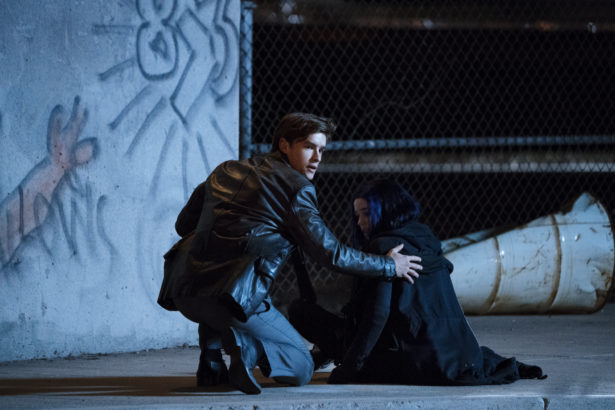 Who knows whether Titans will commit to following this thread throughout the show, but if they do it could be a brilliant way of turning the light on a man who so often hides in Gotham’s shadows. We already know that the series will introduce Jason Todd, who was famously and brutally murdered in the comics by the Joker after a phone-in fan poll. With the show already exploring Bruce’s relationships with the children he takes in and discards, it’ll be interesting to see whether or not Titans commits to murdering Todd and having Dick deal with the fallout, something we never really got to see in the pages of the comic. As the show is so focused on its young cast, it’s unlikely we’ll get to see too much of Bruce Wayne, but I’m intrigued by the potential the show has for finally querying some of his more questionable decisions as well as possibly even holding him accountable.