Ever since first hearing about the upcoming  DC Universe, fans have been desperate to know more about the groundbreaking streaming service that’ll include classic  DC movies and TV shows alongside thousands of comics. We were lucky enough to be invited to the DC Daily studios to watch the filming of the first ever episode of DC Universe’s daily news show (hosted by Kevin Smith), and in the process, to see brand new photos of Titans, which we will debut October 12.

In fitting fashion, DC Universe will launch on September 15, which is International Batman Day, and it’ll be less than a month from the launch of the streaming service until we’re all able to find out just why Titans‘ take on Robin is so angry at Batman. The world premiere of the show will be held at New York Comic Con on October 3 before hitting the DC Universe app nine days later. 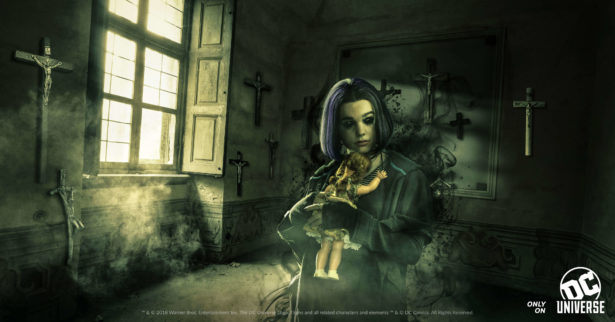 The new character shots stick to the grim and gritty tone that we’ve already seen from the show, all the while giving us a closer look at each of the characters. It’s clear that things are going to get very dark for Raven as she’s holding a creepy doll; we get a great close-up on Robins Robin-a-rang (?!?); Starfire has been setting things on fire; and Beast Boy has been tearing up the walls of his very sparse room. The more realistic and bleak vibe is miles away from what fans of the Titans know, but we’re really excited to see this new take on the young heroes. 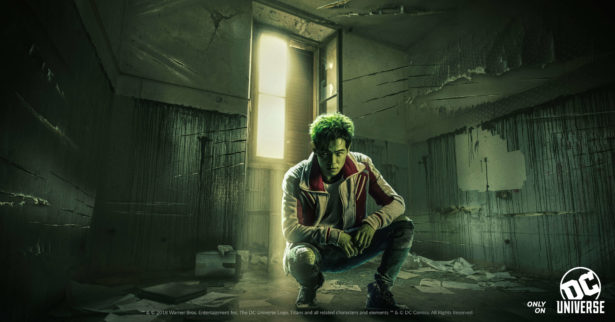 For comic book fans, one of the coolest parts of DC Universe will undoubtedly be getting to explore the comics that inspired adaptations like Titans. During the livestream on Wednesday, DC revealed some of these influential comics would be available at the launch including The New Teen Titans, as well as the first appearances of Batman, Superman, and Wonder Woman, and fan fave books like Batman: Gothic, The Authority, Green Arrow: Year One, Shazam, Identity Crisis, The Batman Adventures, and Jack Kirby’s New Gods. 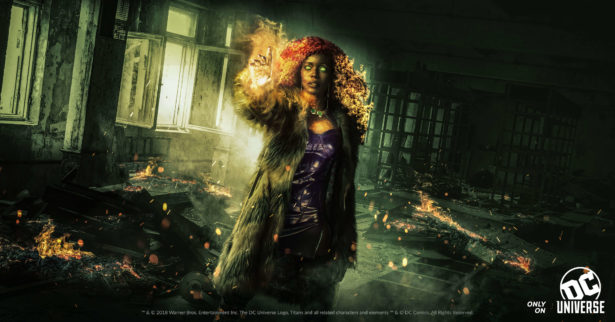 Do you love these new Titans images? Just really excited to finally read some of the harder to find Golden Age comics that first introduced your fave heroes? Can’t wait to finally stream Super Friends? Let us know below!