Outside of Magic: the Gathering Online and Blizzard’s Hearthstone, a few lesser known trading cards games are exploring digital space. One such pioneer, Solforge, from Stone Blade Entertainment, embraces the medium like no other before, challenging the genre with digital ideas.

Here are 3 ways in which Solforge rethinks the trading card game.

Traditionally, a card has one set of fixed values, because that’s how printing works. In a digital context, however, a card is just a metaphor, retained for nostalgia and deck-based mechanics; there’s every reason for its values to change, and Solforge runs with this. 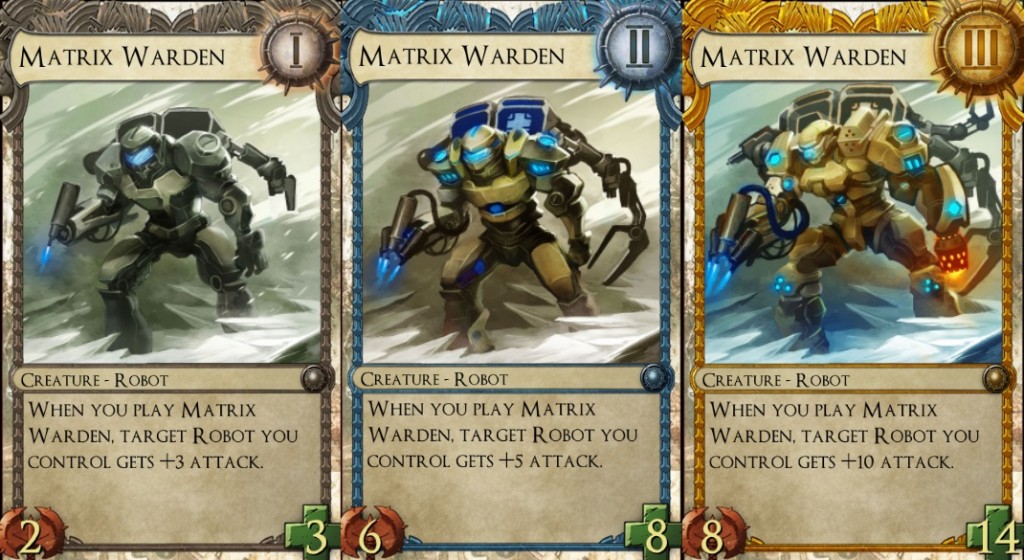 In Solforge, each card is actually (at least) three cards, or versions of itself, which “level up” during the course of gameplay. Card design balances across this trajectory, so that a card’s overall power level is the sum of its forms. A card might have a killer level 1, for instance, but not progress well, or start out mediocre but arrive somewhere insane. Since players level cards by playing them, gameplay exceeds the question of “What do I need now?” and gains “What should I invest in now to use later on?”

In most physical TCGs, cards enter play by just landing on the table. But in Solforge, with it 2×5 grid of opposing “lanes,” creatures occupy specific spaces on the battlefield, dealing combat damage to opponents when the opposing lane is clear (or when they have the Trample-like “Breakthrough” ability that allows them to push through damage the creature cannot absorb.) Apart from the basic question of where one plays a creature, the presence of lanes opens up all kinds of “positioning matters” design space, such as, “This creature gets +x/+x when it’s in the center lane,” or, “While this creature is in the side lane, it gets Regenerate,” or the inevitable creature ability Mobility which allows you to move to a vacant lane. This adds a spatial dynamic foreign to TCGs*. 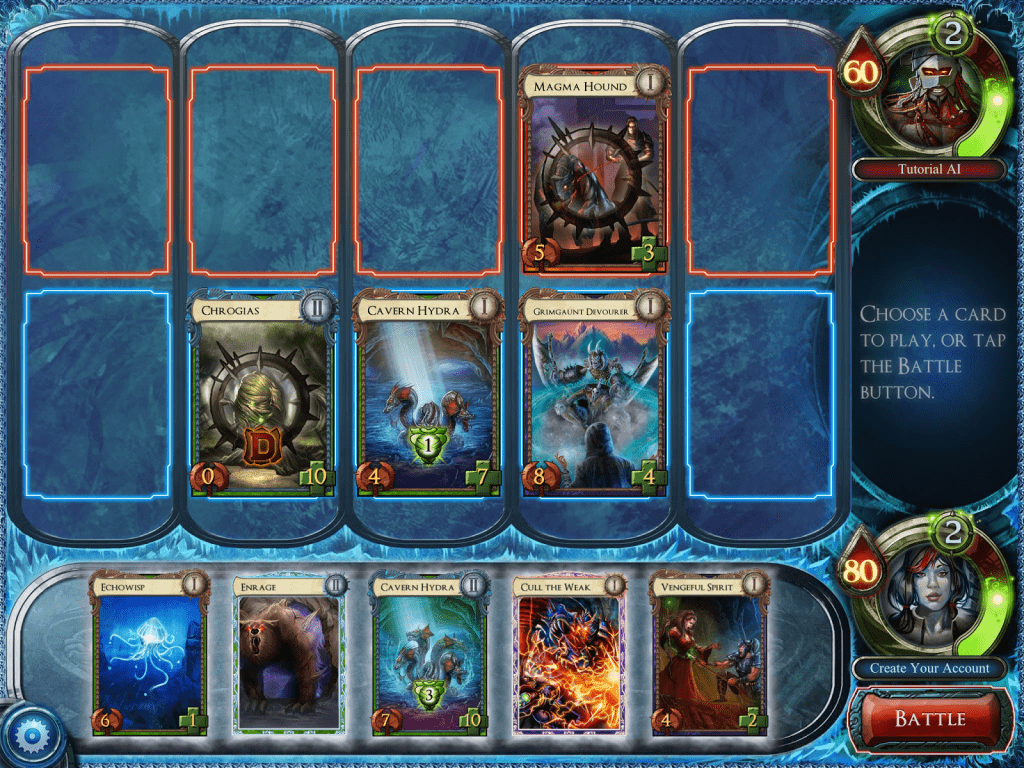 *Yes, Yu-Gi-Oh!‘s TCG involves some basic form of this, but digitality allows Solforge to crank the complexity without burdening the player, increasing the number of available positions and handling the volume of triggers automatically.

One of the most fun ways to play TCGs is to “draft,” which entails building a deck on-the-fly from fresh booster packs and then competing against other players who just did the same. In physical TCGs like Magic, drafters sit at the same table and pass the packs around, pulling from the same physical card pool at a pace considerate of each other’s attention.

In Solforge, digitality removes the other players from the draft process itself, simulating their presence with diminishing pack sizes. This may sound false and hollow to players stoked on reading “signals” (or the presences and absences of certain strategies that imply your competitors’ choices), but the conveniences of this new model more than compensate. 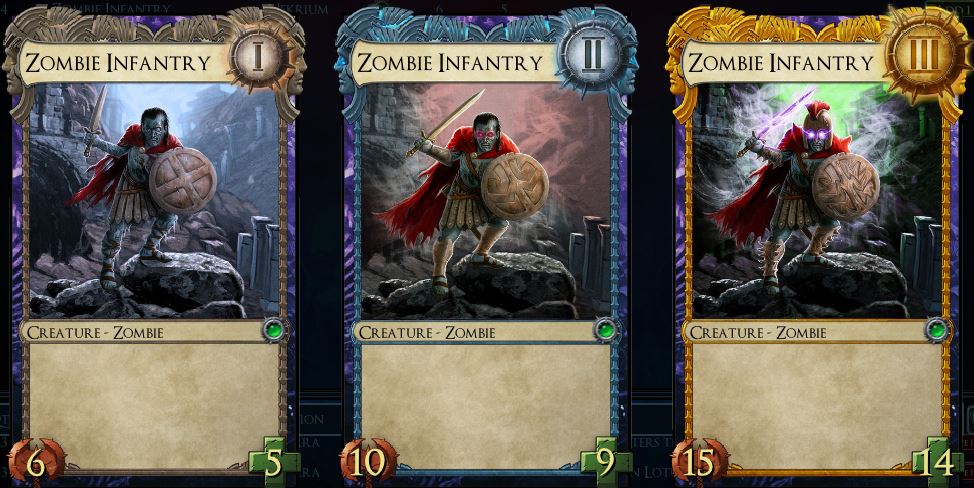 For one, you can draft at your own pace, pausing between picks for weeks if you wanted. More importantly, however, you don’t have to go anywhere to do it. This is a mobile game, so you can draft on the toilet, draft at the DMV, draft in the middle of class. The games themselves are timed and competitive, but you can pause between matches as long as you want, reentering the matchmaking queue when you’re ready. I still the love the social dynamics of drafting in person, but this option lets me scratch the itch more often.

All in all, Solforge keeps the card metaphor intact, but takes it to places paper could never support. As always, if you disagree, please ravage my arguments in the comments below. Or, if you’re a Solforge champion and feel like throwing down, challenge me at the handle ModusPwnens. I await thee.