You may have heard about mana, attack, and health, but there are hidden game elements to Hearthstone the pros know about that you might not. Learning these tricks will start you on your journey from going from a Rank 20 newbie to a Hearthstone Legend!

Hearthstone pros—as well as serious players in other card games—know about three major mechanics underlying the game. These are tempo, value, and card advantage; and knowing what they are and how to leverage them will win you more games and help you build better decks.

Let’s talk about the mana curve real quick. Anyone who’s played Hearthstone even once knows about it. On turn 1 you start with a single mana crystal. On turn 2, gain another mana for a total of two mana, up until you hit a maximum of 10 mana. Easy. A deck that makes good use of tempo plays “on-curve” to make the best use of their mana. In this way, mana is like a clock that measures “the pace at which the game can be brought to an end.” Playing “on-curve” just makes sense for a lot of decks; you want to play your most powerful cards as soon as possible, so why would you play a 2-cost card on turn 3 when you have a 3-cost card to play instead?

Another way to gain tempo is to destroy your opponent’s high-cost cards using your low-cost cards. Using a 3-mana Hex to remove an 8-mana Tirion Fordring effectively gains you 5 mana worth of tempo. If you use that 5 mana to play a huge card yourself, that creates a tempo swing large enough to push the game back in your favor.

In short, a general Hearthstone tip is: Always play on curve. If you get minions on the board early and can make efficient trades, you will soon build a much bigger army on the board than your opponent. The damage you deal each turn will eventually become too much for your opponent to come back from, and you’ll win! Popular decks like Tempo Mage rely on making strong tempo plays every single turn of the game, and guides to playing Tempo Mage well apply to all tempo-focused decks. Of course, some decks don’t play for tempo…

In some ways, playing for value is the art of playing strategically. If you have 4 mana to spend and are given the choice between a 4-mana Chillwind Yeti (4/5 of stats) and a 3-mana Fierce Monkey (3/4 of stats with Taunt), you generally want to play the costliest card just to make your mana curve work better. However, what if your opponent has a damaged Flamewreathed Faceless in play? It destroyed your Spellbreaker last turn and only has 7/3 of stats now. It might make more sense to play the weaker minion, since it’s just going to be destroyed (and destroy) your opponent’s minion anyway. By using a weaker minion to kill a strong one, you’ve gained a lot of value, even though you sacrificed some tempo to do it.

Sometimes, you can gain value because you have more tempo than your opponent. Take the following example, from the essay linked above: 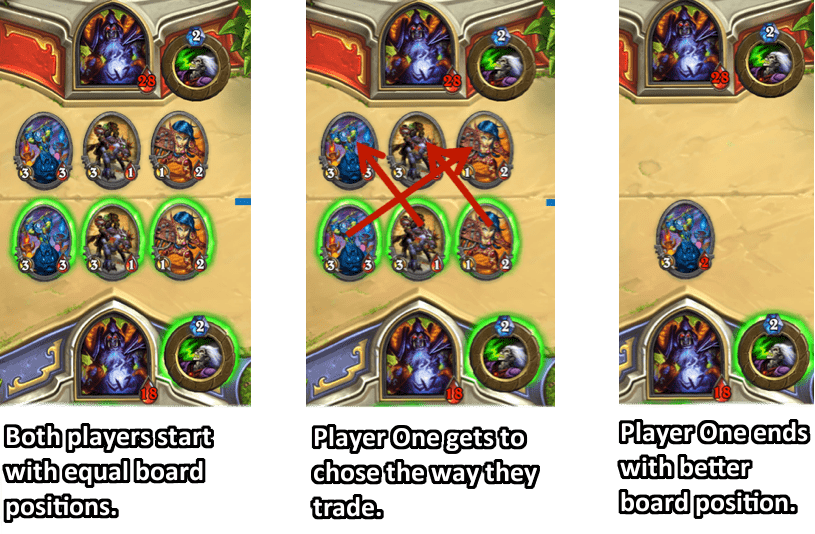 Both players made the same tempo plays, but Player 1 gained tempo because they went first. This allowed Player 1 to gain value through making efficient trades, leaving their board in a much better state than their opponent’s.

Other times, value comes at the cost of tempo. This is what allows Control decks to survive, even though they play off-curve and often have turns where they only use their Hero Power. Slow, value-oriented decks generally survive because their cards have so much value, they can afford to sacrifice a lot of tempo. Board clears, or “area of effect” cards like Flamestrike and Brawl offer an unbelievable amount of value when they’re used to destroy lots of minions with a single card. Speaking of which…

Generally speaking, the player with the most cards wins the game. There are exceptions; sometimes a player with no hand left draws incredibly well and wins the game through top decking alone. Sometimes the game goes into Fatigue, and the player who drew the most cards dies to Fatigue too quickly. But in most situations, having more cards than your opponent (“card advantage”) gives you more options. More options means you have more chances to draw efficient removal and score serious tempo, or draw minions that trade effectively with your opponent’s board.

Cards that draw cards (like Arcane Intellect) generate no tempo, but do generate card advantage. Tempo Mage decks can still gain tempo from this card because it synergizes with minions like Mana Wyrm and Flamewaker. Weapons like Fiery War Axe are incredibly powerful because they generate both card advantage and tempo. This 2-mana weapon trades with most 2-cost minions, but it can be used to attack twice before it breaks, allowing you to make “2-for-1” trades with this card. Since your opponent is down two cards now and you’ve only used one, the weapon has gained you early card advantage. 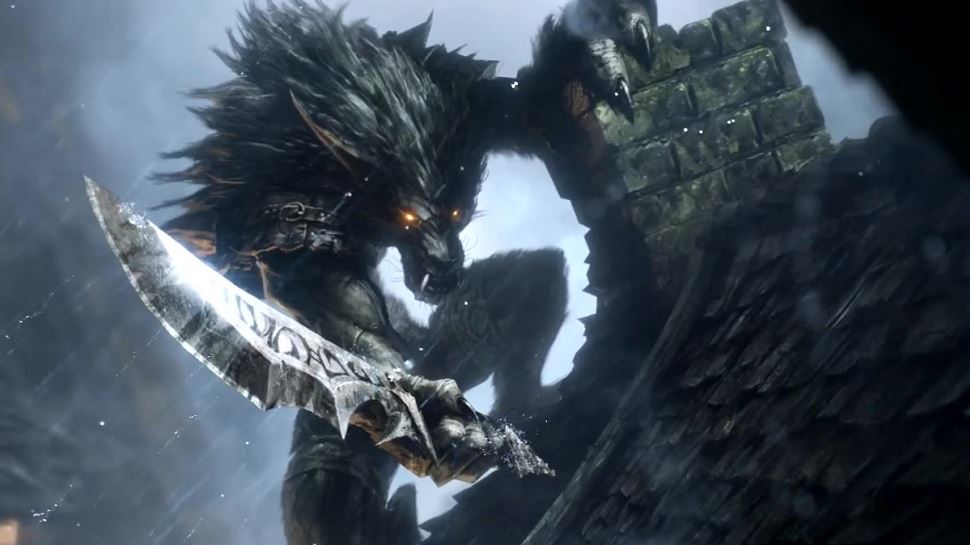 With your newfound knowledge of tempo, value, and card advantage, go forth and conquer Hearthstone! Hone your skills, learn from your mistakes, and next time you will return a Legend.

Are you already a Hearthstone Legend? Tell us about your favorite victory in the comments, or tweet to @GeekandSundry!