If you’ve been playing board games for any length of time, then it’s probably happened to you. You get an idea. A unique mechanic, an underutilized theme, or maybe some inventive twist on an already beloved game.  And, just maybe, that seed germinates until you’re ready to take on the role of designer and bring your concept into reality.

Whether you are designing for fun, to participate in National Game Design Month (with the awesome hashtag of #NaGaDeMon), or for an entry into Haba’s contest, there are some things you need to know to make your game as good as it can be.  And that’s true whether you plan to pitch it to a publisher, throw it up on Kickstarter, or even just make it a personal favorite of your own group.  Here are three essential tips every game designer should know.

Play as Many Games as Possible 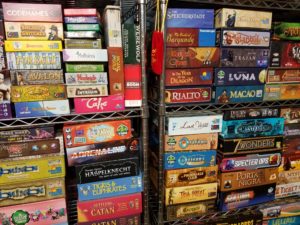 If you want to be in the world of game design, you absolutely need to be aware of what the market is currently producing.  If your idea of board games comes from mass market titles you played as a kid, then your design will suffer. If you have a track around the outside of the board, and players roll dice to move along it, publishers and players will laugh at the outmoded design and give it a pass without a second thought.

Instead, you need to play as many games as possible. Get exposed to as many different mechanics as possible. Try to play some auction games, some worker placement, some area control, heavy ameritrash and lighter euros (or vice versa), and games that blend everything together. Use that for inspiration. Maybe you see something that would work perfectly for your design. Or perhaps you find something that, with a bit of tweaking, could address an issue you’ve been having.

And playing modern games has another benefit. For most designers, they want their game to be played beyond a local group. So you need to see what gamers like and what other publishers are putting out there. If your game can’t compete with what is currently on the market, then you’ll need to make it better before it will find real traction.

It Should be Playable Without You Present 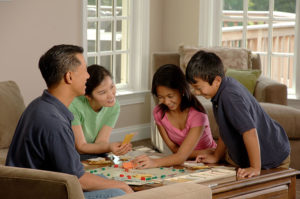 Getting your idea into a playable form can be initially difficult. You’ll probably have some very rough early play tests and may even change a few rules on the fly if they prove profoundly unworkable. But as things solidify, you need to take a step back and ensure the game can be played without you there.

Partly, this means communicating coherent rules that make sense. After all, the majority of people who play your game will have to learn it cold from the rulebook. If they can’t do that because your rules leave out important info, then your game will suffer. But it means more than just clear writing. It also means ensuring that the ideas of the game flow well and won’t become bogged down by frequent rulebook checks or questions about what should happen.

One great way to handle this is to marry theme and mechanics as much as possible. Try to have a thematic reason for each mechanical choice. One of the best examples of this is Dungeon Petz. You can get a new family member each round, but only if you go to a specific space. Why? Well, they are arriving from faraway lands and need you to take care of their immigration forms. You need two workers to bring home a new cage. Why? Because it’s too big for one to carry. With these thematic justifications, it’s much easier to remember the mechanical quirks. 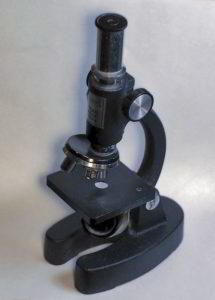 This is probably the most important thing you can do for your game. Playtesting doesn’t just mean having a go at it and then asking people what they thought. Instead, it should be systematic with you tweaking pieces of your design. You should do it with multiple different groups so that you avoid the groupthink of one particular gaggle of players. And you need to do it mercilessly.

That means two things. The first is that you can’t fall in love with your design. If something needs to be cut in order to give it a more manageable play time, then cut it. If that core Rondel mechanic you loved so much isn’t working any more, then change it over to something else. You need to work towards the best design and not get bogged down by past ideas that no longer have a function.

Secondly, you should make every attempt to break your game. Especially as you get closer to completing your design, you should have play sessions where you try wacky things. What if you spend all game just getting gold and then try to spend it at the end for points?  What if you just turtle up in a chokepoint of the map and prevent other players from moving through?  And then, once you see how it goes, you need to decide whether that’s a viable and appropriate strategy, or whether it is overpowered or even simply grinds the game to a halt.  Break your game. Find ways to disrupt it. Then fix those issues and have a more wonderfully complete design.

Have you ever designed your own game?  Tell us about it in the comments.