Summer is the perfect time to sit out in the sun, relax, and crawl into a good book. We here at Geek & Sundry have separated the wheat from the chaff and picked out three can’t-miss thrilling fantasy reads. 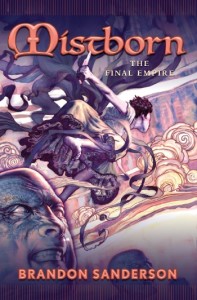 A dystopian fantasy novel where the main characters are, essentially, superheroes. The immortal Lord Ruler has dominated the realm for over a thousand years, dividing his subjects into magic-wielding nobles, and the common skaa, who are little better than slaves. Our heroes, Keslier and Vin, former skaa, will conspire to overthrow the Empire, and kill a god.

Sanderson wrote that he had two goals for Mistborn. Firstly, he wanted to create an epic heist story, where a gang of gentlemen thieves with distinctive magic powers worked together to pull an incredible heist. “The second idea,” Sanderson said, “was to write a story about a world where the good guys lost. I wanted to take the standard fantasy story I’d read a dozen times, that of a young peasant hero who went on a quest to defeat a Dark Lord, and turn it on its head. What if the Dark Lord won? What if, in the final climactic moments, he killed the hero and took over the world?”

That, is the origin of the immortal Lord Ruler whom Kelsier and Vin struggle to overthrow.

It is difficult to put into words how fun and satisfying Mistborn is. Despite a grimdark setting where mist literally fogs the world and the majority of the population is essentially enslaved, learning to use magic with Vin and plotting overthrow the worse-than-Hitler Lord Ruler with Kelsier is a delight. And that’s not even mentioning the fascinating, metal-based magic system which Sanderson concocted for the novel. Sanderson is something of a savant on magic system, and actually created Laws of Magic on his blog.

The Name of the Wind by Patrick Rothfuss

The book is a thrilling and pleasing update of the fantasy epic. Kvothe is orphaned when his family is 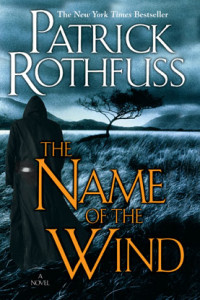 slaughtered by a mythical evil figured named the Chandrian, and he must make his way alone in the world. He begins as a beggar in a city, but moves on to the University to study magic. It stands out as a 21st century work because the crippling power of student loans is a major plot point.

The novel took Rothfuss nine years to write. Nine years during which time he was supposed to be getting his a degree from the University of Wisconsin. He started out studying chemical engineering, which Rothfuss wrote, “led to a revelation that chemical engineering is boring.” During this time he worked on the novel and “generally rock[ed] the college student experience before being kindly asked to graduate already.”

You could say that you’ve already read a series of fantasy novels about a boy-child whose family was killed by a big bad, and then went on to wizard school, and it was called Harry Potter. You’d be right. But you’d also be saying The Lion King is just a rip-off of Hamlet because in both, a prince must revenge a king killed by his brother. Boil any plot down far enough, and they’ll all start to look like soup. It’s what a given writer does with a plot that makes it great, and Rothfuss has made fantasy new again. Reading The Name of the Wind is an escape, a mental vacation from the gray misery of the everyday, and given current events, there’s no shame in wanting to get away for a while.

His Majesty’s Dragon by Naomi Novik 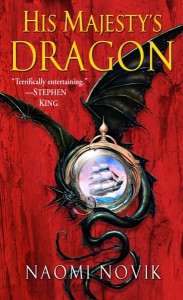 What if dragons existed during the Napoleonic wars?

Captain Will Laurence serves in His Majesty’s Navy, and captures a French frigate with a dragon egg aboard. The dragon egg hatches, and the dragon bonds with Captain Laurence. As dragons are military dynamite, and bond with only one human in their lifetime, Captain Laurence must give up his ship to join the Aerial Corps, where he and his dragon will bring fire and hell the forces of the hated Napoleon.

Novik knows the Napoleonic era like she lived it. Novik read ten biographies of Napoleon “just for fun”  along with Jane Austen and Patrick O’Brian. And as the child of Polish and Lithuanian immigrants, history is no stranger in the Novik household. Her grandmother was executed as a member of the Polish resistance.

Her Majesty’s Dragon, like the best of historical fiction, is written with a faithful eye to the peculiarities of time and place. Captain Laurence, for example, has Georgian notions of class hierarchies and the role of women in society which we would find repulsive in the 21st century. But Temeraire, the new-born dragon, has none of these habits of mind, and provides a voice for the feelings of the reader when confronted with the foibles and social horrors of the 19th century.

What fantasy novels do you recommend? Let us know below!